Where To Stream The Right Stuff (The TV Series)? 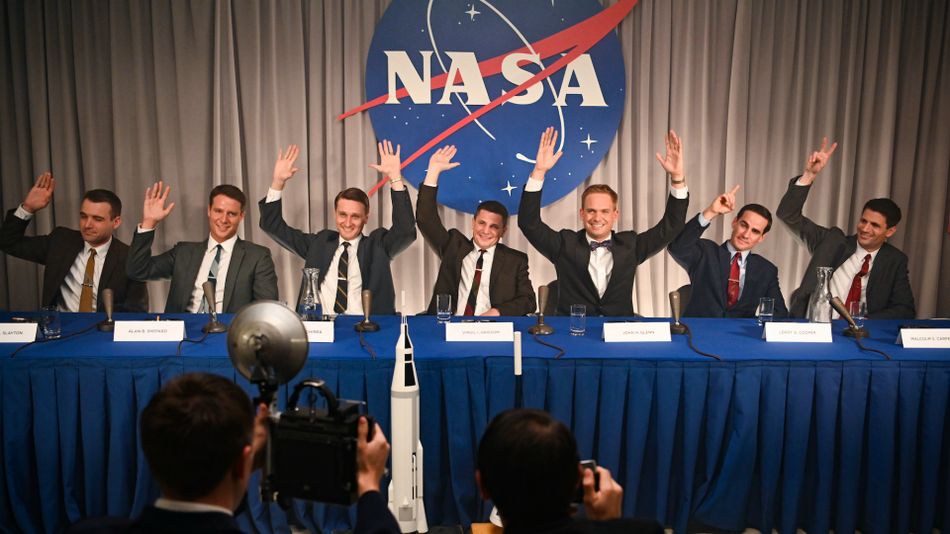 A TV series adaptation of the same name as the 1983 classic film ‘The Right Stuff’, this 8-episode series produced by Nat Geo tells the story of the group of pilots who were selected to be the astronauts for the first space missions after NASA was launched in the late 1950s. The incredibly brave seven pilots – popularly known as the Mercury Seven – shot to fame when their names were announced as the pioneers in American space travel. At a time when the US space program was still in its infancy and the technological advancement was unprecedented, 7 inspiring fighter pilots agreed to be the first American astronauts to go into space. The movie is a brilliant, compelling watch. So is the show, bound to keep you glued to the edge of your seat with its power-packed performances. Want to know where you can stream ‘The Right Stuff’ the series? Let’s find out.

What is The Right Stuff About?

The 8-part show chronicles the first 15 or so years of the American Space Program after NASA was founded. The show ‘The Right Stuff’, and the original film, are both adaptations of Tom Wolfe’s non-fiction book of the same title. The one major difference between the movie and the show is the presence of the character of WWII hero and US Air Force pilot Chuck Yeager. Yeager’s character is not present in the TV series, whereas he has a pivotal role in the film. But in most other aspects – script, cinematography, direction, acting – ‘The Right Stuff’ TV series matches the film it is based on. Even though the actors in the series have big shoes to fill – of the heroes they are portraying and of the men who played those heroes before them – they don’t disappoint. All of the actors have done a pretty convincing job. The show predominantly covers the recruitment of the Mercury Seven by NASA and then all of their individual space missions.

Is The Right Stuff on Netflix?

While ‘The Right Stuff’ is not streaming on Netflix, viewers who like space movies and shows can watch the comedy series ‘Space Force‘ instead, or give ‘Star Trek: The Next Generation‘ a try.

Is The Right Stuff on Hulu?

‘The Right Stuff’ TV series is not available on Hulu. As an alternative, you can watch ‘The First‘ (about a group of astronauts trying to become the first humans on Mars).

Is The Right Stuff on Amazon Prime?

No, ‘The Right Stuff’ series is not available on Amazon Prime. If you’re into space fiction, ‘The Expanse‘ will make a good watch for you.

Where To Watch The Right Stuff Online?

Nat Geo’s ‘The Right Stuff’ can be streamed online on Disney Plus. It is currently only available on the Disney Plus platform.

How To Stream The Right Stuff For Free?

Disney Plus does not offer a free trial for their streaming service so the only way to watch ‘The Right Stuff’ is to get a paid subscription to the platform.