Where To Stream The Secrets We Keep? 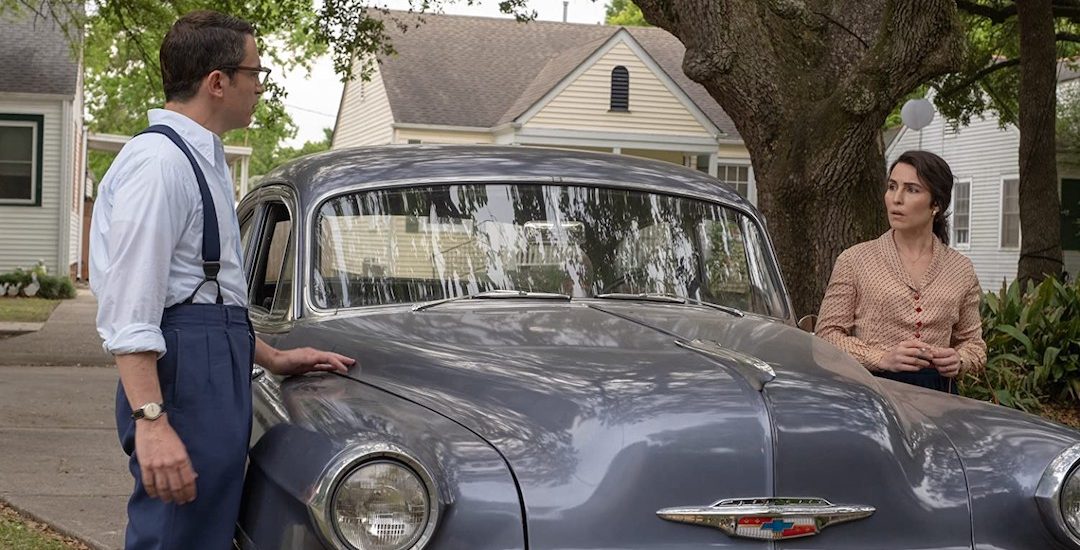 Yuval Adler’s ‘The Secrets We Keep’ follows the story of a Romanian woman in the 1950s who is living a happy suburban life in an unnamed American town with her doctor husband and a little kid, until one day, she spots a man who she remembers as the Nazi officer who inflicted great atrocities on her and her sister before cruelly executing her sister. She is so sure of the man’s identity that she clubs him over the head, knocks him out, and puts him in her car’s trunk before going home to spill it all out to her husband, who had no idea that his wife had ever been involved in the WWII.

The film, while entertaining to a degree, does not seek to pose any deeper questions or provide commentary about the flawed human psyche. Do we believe that inflicting pain on others who harmed us will help us heal or escape the memories of our past? Is revenge ever the answer? Does it bring closure? None of these have even been addressed in ‘The Secrets We Keep’. Instead, the movie just reduces itself to seeking the answer to the singular question – is the man tied up in the protagonist’s basement a German Nazi guilty of the crimes she is accusing him of, or is he an innocent Swiss who never even saw the war. Let’s take you through a short summary of what the film is about and details of where you can stream it.

What is The Secrets We Keep About?

Maja is a Romanian refugee living a happy life in a nice suburban town with her doctor husband and one little son. She has always kept the horrors of her past a secret from her husband. One day at the park, Maja recognizes the whistle of a man as belonging to a Nazi officer who had physically abused her and her sister during World War II, some 15 years ago. She follows the guy to his home and then pretends that her car has broken down. When the man, who calls himself Karl, approaches to help her, Maja boinks him on the head and puts him in her car’s trunk. At home, she informs her flabbergasted husband about the kidnapping and the reason behind it. Maja and her reluctant husband tie Karl up in their basement, and Maja starts a game of torture in order to get Karl to confess the truth. Karl keeps insisting that he is not a Nazi, not even a German, but an innocent Swiss man. The whole film deals with the question – is Maja mistaken about the man’s identity, her trauma confusing her memories? Or is Karl a very skilled liar?

Is The Secrets We Keep on Netflix?

‘The Secrets We Keep’ is not available on Netflix but another movie about twisted revenge that you can watch is ‘The Invisible Guest‘.

Is The Secrets We Keep on Hulu?

Unfortunately, ‘The Secrets We Keep’ is not on Hulu’s streaming roster. A similarly thrilling movie about a seemingly idyllic lifestyle hiding deep dark secrets of the past is ‘A Simple Favor‘, which you can watch alternatively on Hulu.

Is The Secrets We Keep on Amazon Prime?

Amazon Prime has a large film library but ‘The Secrets We Keep’ is not part of the platform’s content catalog. Instead, as an alternative watch, why don’t you try ‘Sweeny Todd: The Demon Barber of Fleet Street‘ – a dark musical that tells of a deeply disturbing revenge story.

Where To Watch The Secrets We Keep Online?

‘The Secrets We Keep’ is available to watch as a purchased or rented video-on-demand on Apple TV, Google Play, Vudu, and FandangoNOW.

How To Stream The Secrets We Keep For Free?

This film is not available for free streaming anywhere and can only be watched as VOD on the above-mentioned platforms.