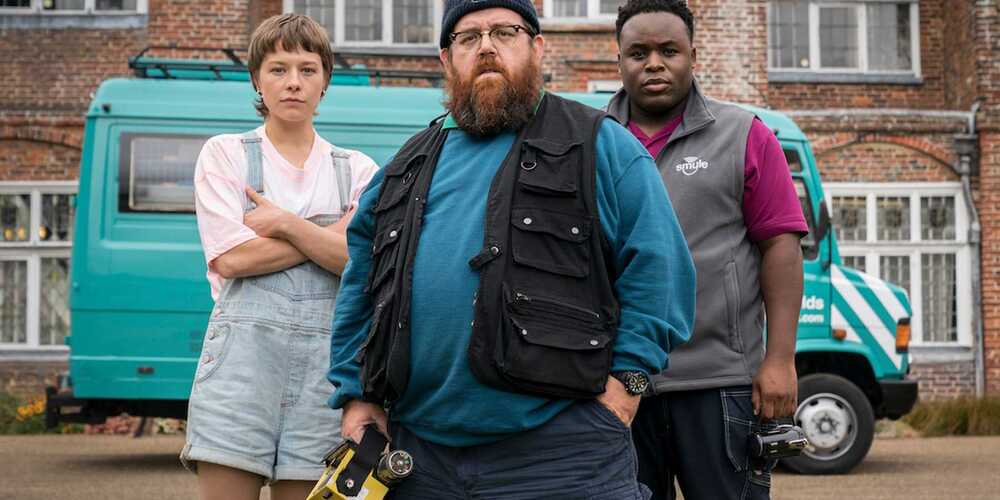 ‘Truth Seekers’ is a British supernatural horror-comedy show that follows a bunch of amateur paranormal investigators who discover a chilling conspiracy that could potentially bring about the end of the human race. Created by Nick Frost in collaboration with Simon Pegg, James Serafinowicz, and Nat Saunders, this quirky and spooky comedy series features the acting talents of Nick Frost, Emma D’Arcy, and Samson Kayo as the main ghost-seeking leads. If you’re curious about the plot of ‘Truth Seekers’ and want to know where to stream the series, here is everything you need to know.

What is Truth Seekers About?

Gus Roberts is a lonely guy with a boring job (he installs broadband for a living) who has been searching for the truth about the supernatural ever since his wife died a decade ago. By investigating paranormal situations and instances, Gus hopes to someday establish contact with the spirit of his wife. He teams up with a team of part-time amateur paranormal investigators and they look into ghost sightings and alleged hauntings all over the country. As their supernatural experiences grow more frequent and increasingly intense, the group is led to uncovering a conspiracy that can potentially end the world as we know it.

Is Truth Seekers on Netflix?

‘Truth Seekers’ is not available to stream on Netflix but fans of the horror genre can try watching ‘American Horror Story‘ instead. ‘Evil‘ is also a good show to watch if you’re into storylines that feature paranormal investigations.

Is Truth Seekers on Hulu?

While ‘Truth Seekers’ is not on Hulu, the platform is home to some of the best horror-comedy shows like ‘Scream Queens‘, ‘Ash vs Evil Dead‘, and ‘Inside No. 9‘.

Is Truth Seekers on Amazon Prime?

Yes, ‘Truth Seekers’ is available to stream on Amazon Prime, as long as you have an active Prime Videos subscription. Watch it HERE.

Where To Watch Truth Seekers Online?

‘Truth Seekers’ is only available to watch on Amazon Prime Videos.

How To Stream Truth Seekers For Free?

For people looking to stream ‘Truth Seekers’ for free, Amazon offers a 30-day free trial for Prime membership, so you can simply sign up for it HERE and watch for free. We do encourage our readers to pay for the content they consume.

Read More: Where To Stream Haunting of The Mary Celeste?