Where to Stream Unpregnant? 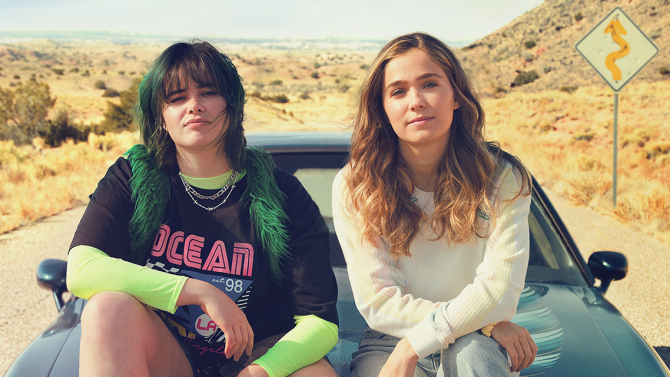 As the battle over abortion laws continues, several filmmakers take it upon themselves to give viewers a decidedly human perspective to the trials, the tribulations, the procedures, and the decisions that lead up to it. ‘Unpregnant’ treads a similar path. It is not only a story of abortion, but also of the bond between two teenage girls who delve deep into the murky waters of all the secrets that they’ve kept from one another. With that said, if you’re into movies that deal with tough topics with a lighthearted approach, this one perfectly fits the bill. And if you’re looking for a place to stream the film online, we have you covered in the article below.

What is Unpregnant About?

Based on a book of the same name written by Jenni Hendriks and Ted Caplan, ‘Unpregnant’ revolves around a teenage girl named Veronica, who discovers that she’s pregnant. Realizing that in her home state, Missouri, it isn’t possible for her to get an abortion without her parents’ permission, she sets out on a road trip with her friend Bailey. And well, what starts as a simple road trip soon turns into an unforgettable adventure for the two friends, which first tests their relationship and then brings them closer.

Is Unpregnant on Netflix?

Ever since the inception of online streaming, Netflix has been leading the way. Aptly labeled as the streaming giant, the platform not only offers movies and shows from every genre but also has a vast library of foreign language shows and movies. Unfortunately, ‘Unpregnant’ cannot be streamed on Netflix as of now. You can still refer to our list and stream other great coming-of-age movies on Netflix.

Is Unpregnant on Hulu?

In the world of streaming, competition is cut-throat. Even so, every once in a while, Hulu drops a gem or two and manages to stay in the game. Although always a step too far from being the best, Hulu never ceases to amaze us. So for those who already have a subscription to Hulu’s content, there’s a vast set of originals and acclaimed third-party content available on the platform. However, ‘Unpregnant’ isn’t a part of its long catalog of movies yet.

Is Unpregnant on Amazon Prime?

With content aplenty and options many, Amazon Prime keeps growing its library of impressive audiovisual content. Be it originals or third party offerings, the leading streaming platform never disappoints. However, ‘Unpregnant’ is not yet a part of Amazon Prime’s vast repository. Still, you can stream other teen dramas such as ‘Short Term 12‘ and ‘Eighth Grade‘ on the platform.

Where to Watch Unpregnant Online?

Since ‘Unpregnant’ is an HBO original film, it is available on HBO Max for streaming.

Where to Stream Unpregnant for Free?

Although ‘Unpregnant’ is not available for free anywhere, you can use HBO Max’s free trial if you’re not a subscriber of the streaming platform yet. For others, we would highly recommend the use of legal streaming services for the consumption of any form of content.