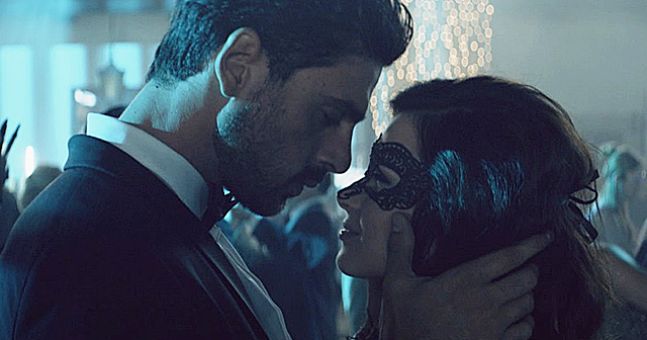 ‘365 Days’ revolves around two characters—Massimo, the leader of a deadly mafia gang; Laura, an ordinary sales head who is isn’t too happy with her life. Their paths collide when Massimo sets his eyes on her at a beach one day and instantly falls in love. Being the archetypal “bad boy” that he is, he abducts Laura and gives her 365 days to fall in love with him. Although reluctant at first, Laura later falls for him but little does she realize that falling for a mafia will be far more complicated than she had initially anticipated. Apart from the sizzling romantic tale that the movie depicts, it also features some spectacular locations in its backdrop. And as viewers, I’m sure many would already be wondering where its filming took place. Well, here’s list of the locations where it was shot.

The filming of ‘365 Days’ predominantly took place in two major locations of Poland—Warsaw, Mazowieckie and Niepolomice, Malopolskie. One credible source that confirms this news is the film’s official IMDB page. Apart from that, although not too many details regarding its filming have been revealed, several videos and stills from the sets of the film have been uploaded on social media.

Here’s a whole set of videos that reveal several details regarding the movie’s shooting and even walk you through some of its major filming locations:

The video below features the Seataly Yacht, which is docked at the San Remo Port of Italy. So it is possible that San Remo Port was also one of the filming locations of the movie.

Here’s another behind-the-scenes video from the sets of the film: