‘A Valentine’s Match’: Where was it Filmed and Who’s in it? 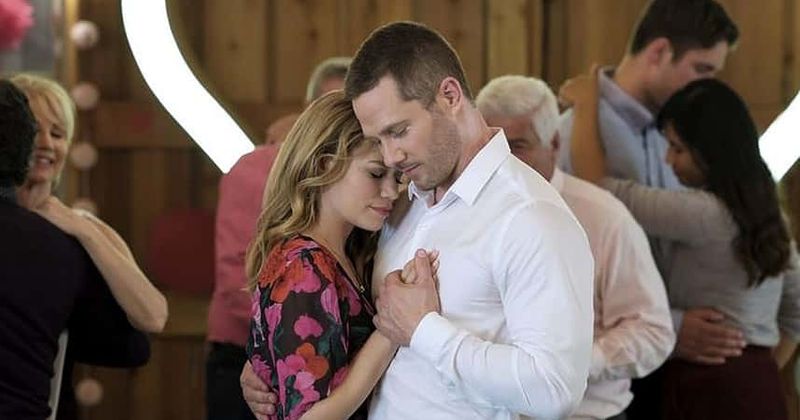 One thing that gets people excited during the holidays are Hallmark’s holiday-themed movies because what is better than spreading your body on the couch with a cozy film? Hallmark Channel has been presenting such relaxation opportunities for easily more than a decade now and they have one lined up before the Valentine’s Day rigmarole.

If you wish to continue daydreaming about Cupid’s arrow shooting you someday, or spend time with your already found Valentine, ‘A Valentine’s Match’ could be the perfect treat. It is a movie about second chances amidst the idyllic charm of a small town. It is one of the first Hallmark movies lined up for Valentine’s Day and we could not have asked for a warmer one. The movie sees controlling and interfering mothers actually ending up doing a good thing with their meddling. Who knew!?

To be more specific, the protagonist, Natalie Simmons finds herself working on a Valentine’s auction with her ex-fiancé: a “coincidence” set up by her mother. Natalie is seen returning to her hometown after being fired from her job. She worked as a reality TV show host and is portrayed to be fiercely ambitious (and slightly dorky). What’s more? Her ex-fiancé, Zach’s mother is also in on the entire plan.

Will the two former lovers be able to rekindle their romance? Will they be able to rediscover the passion in each other’s heart in the slow and serene town? The auction that they are working on is Valentine’s themed and there could not have been a more ideal situation.

A Valentine’s Match Cast: Who is in it? 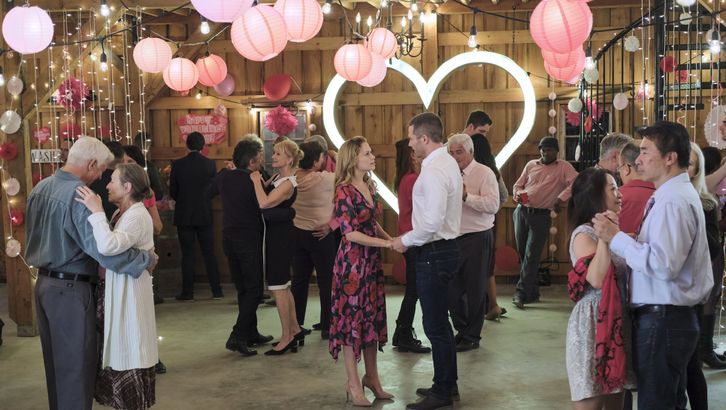 The character of Natalie Simmons is essayed by the Florida born, Bethany Joy Lenz. She is an experienced performer who is best known for portraying Haley on the WB series, ‘One Tree Hill.’ A former stage actress, Lenz has also appeared on ‘Dexter’ and ‘CSI: Crime Scene Investigation’ apart from that. Plus, she is also a gifted singer!

On the other hand, Natalie’s ex-fiance, Zach is played by Luke Macfarlane. The Canadian actor is best known for acting in ‘Killjoys’ and ‘Brothers & Sisters.’

Other than that, Mary-Margaret Humes plays a character named Alicia. The actress has been a part of multiple Hallmark holiday movies including ‘Winter Love Story’ and ‘A Feeling of Home.’ Other cast members include Caitlin Stryker, Marco Grazzini, Trevor Lerner and Claude Knowlton.

Many of you might be wondering where ‘A Valentine’s Match’ is filmed. The movie mostly takes place in Natalie’s hometown which might be small, but is quite picturesque. Watching a small-town story is pure enchantment and such a setting of ‘A Valentine’s Match’ will certainly add to the chimes of escapist intimacy.

Like most Hallmark movies, ‘A Valentine’s Match’ has been filmed in Canada. To be more specific, it has been shot in the city of Vancouver in British Columbia. Some of you might know how various productions have been opting to film in this region as opposed to California or other places in the United States.

Well, the reason for that is mostly one of financial consideration: the Canadian government has been offering filmmakers with generous tax-credits for filming in the country. Filming in any region can be quite beneficial for the local economy. It leads to the creation of jobs and brings in other forms of revenue like local businesses profiting from the cast and crew shopping in the region.

Apart from that, Canada resembles the United States of America aesthetically and stories set in the USA can easily be shot in Canada. The region of British Columbia is especially pretty and boasts of some magnificent natural landscapes. One thing is for certain: the town in ‘A Valentine’s Match’ is certainly as beautiful as the spirit of Valentine’s Day.