Where Was A Walk to Remember Filmed? 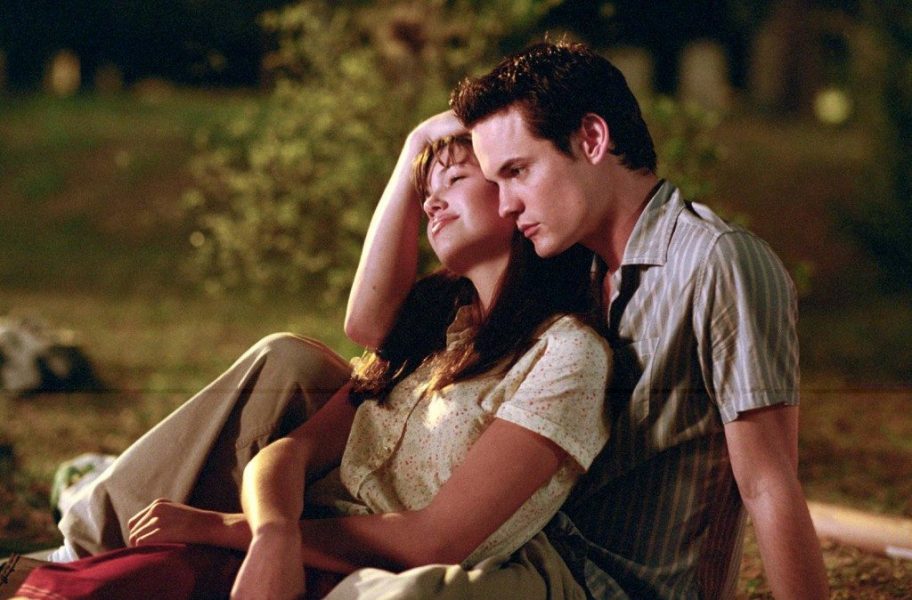 Adapted from a Nicolas Sparks novel of the same name, ‘A Walk to Remember’ is a coming-of-age romantic drama directed by Adam Shankman. The movie centers around a delinquent named Landon who is assigned community service as punishment. That’s when he meets Jamie, a local reverend’s daughter, for the first time. At first, the two of them seem worlds apart and Landon even despises her. But then, without even realizing, he falls in love with her. This dreamy tear-jerker of a movie is not critically acclaimed but many young adults still look up to it as one of the best teen romance films. Whatever one’s opinion about it may be, one cannot help but fall in love with its distinct and calming backdrops. So here’s a detailed guide to its filming locations.

A Walk to Remember Filming Locations

The principal photography of ‘A Walk to Remember’ began on April 6, 2001, and was wrapped on May 27, 2001. The entire movie was filmed in many different locations of North Carolina and even shared many of its filming locations with ‘Dawson’s Creek’, especially the parts where the movie shows Jamie and Landon’s school, the hospital near the end, and Landon’s home. Mandy Moore, who plays Jamie Sullivan in the film, was a minor back then and that’s why she couldn’t pull off 10-hour filming schedules each day. Even so, the filming of the movie was wrapped up in 39 days.

For the most part, ‘A Walk to Remember‘ was filmed in Wilmington, North Carolina where both ‘Divine Secrets of the Ya-Ya Sisterhood’ and ‘Dawson’s Creek’ were also being filmed at the same time. Also known as “Hollywood of the East Coast”, Wilmington has previously been the filming location for many movies and shows including ‘One Tree Hill‘, ‘Under the Dome‘, and ‘Stuck in Love‘, among many others. Unfortunately among all the North Carolina locations where ‘A Walk to Remember’ was filmed, Orton Plantation in Smithville Township of Brunswick County is private property and can only be visited with a permit from the owner.

Even so, if you ever happen to visit North Carolina, there are several other locations from the movie that you can still visit. One of them is, of course, the beautiful home in which Jamie Sullivan lives with her father. This home is located at 1716 Chestnut St, Wilmington. As you may recall, the church scene where Jamie and Landon get married is a major tear-jerker. This memorable scene from the movie was filmed at a church in Southport, North Carolina. Southport, which is a city near the mouth of the Cape Fear River, has always been a very popular filming location and a few other Nicolas Sparks book-to-movie adaptations like ‘Safe Haven’ have also been filmed here.

Over the years, fans of the movie have revisited its filming locations. Many of them have even posted pictures of themselves reliving the moments of the movie through these locations. Check them out below:

@TheMandyMoore @shanewest when you and your friends are in Wilmington you have to find the a walk to remember alley pic.twitter.com/fJiyZKtSpA

The alley where Jamie tells Landon she has leukemia in "A Walk to Remember" filmed in #Wilmington, NC. WilmingtonNC… pic.twitter.com/WWUlWUEB3E

I looked it up again. This is the church from a walk to remember which is on Orton Plantation which is private property and that church I was at is in Airlie Gardens which is just a sceneic attraction. Also where a lot of Dawson’s Creek was filmed pic.twitter.com/SbA6A1SgPb