Where Was All Together Now Filmed? 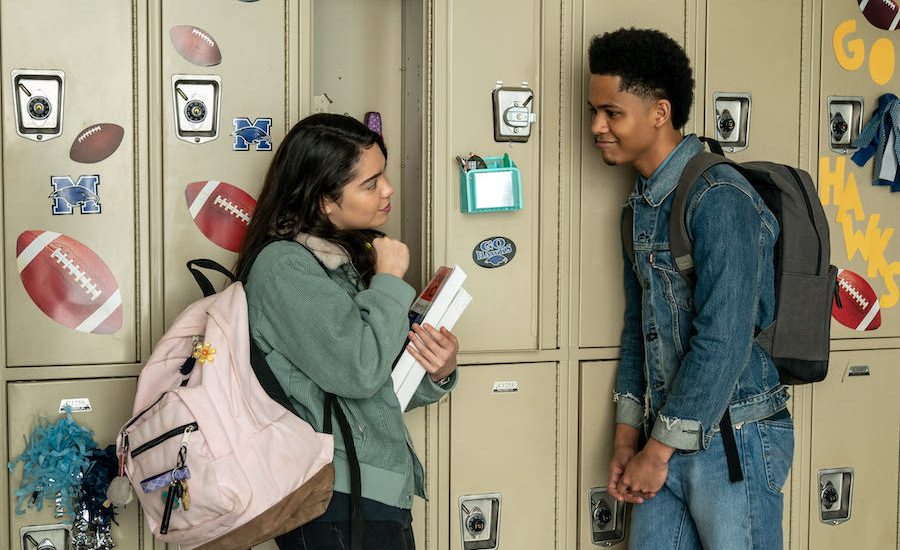 Netflix’s ‘All Together Now’ follows the story of a girl named Amber. She is known for her optimistic outlook towards life and you will always find her hard at work. A little insight into her backstory shows that her life is full of tragedies and despite all the sadness, she always keeps up a happy face. As the story moves forward, things get worse for Amber and her optimism dwindles. She is overtaken by the trials of adulthood that visit her too soon and bows down to the pressure, leaving behind her bright-eyed perspective towards the world.

‘All Together Now’ delivers a unique story in the teen genre by giving more focus to the individual journey of the protagonist and not focusing it too much on her romantic relationships. While the realistic nature of the story keeps us engaged, the beautiful backdrops also catch our attention. If you want to know where the movie has been filmed, here’s the answer.

All Together Now Filming Locations

‘All Together Now’ focuses on the story of a girl who has to learn to take responsibility for herself at a young age. She works several jobs to help her mother save enough money to buy their own apartment. All this while, she also excels at school and harbors a talent for singing. Her busy life takes her to a lot of places and she spends most of the time outdoors. For this purpose, the film focuses on outdoor locations and gives us a good sense of the city where Amber lives. Her story takes place in Portland, Oregon, which is where the crew spent a couple of months filming the movie.

Straight from the monitor. ❤️#SortaLikeARockstar 🍎 @netflix

Amber’s story takes her through many difficult phases. She spends her nights sleeping in a bus, with no actual place to call home. Her days are spent at school, at the care home, and at her other workplaces. This lifestyle requires her to be on the move all day round, which meant that the story could not be filmed on sets. The production had to scout for perfect locations for Amber’s story all over Portland. A lot of filming took place in the neighborhoods in northeast Portland. The film also shares several locations with ‘Portlandia’.

@auliicravalho you were a dream to work with! You’re my Rock Star. Thank you to @itsmeamandaneedham for the killer outfit too 😘 #sortalikearockstar #netflixoriginal #comingsoon

The accessibility of locations and a fresh aesthetic has allowed filmmakers to flock to Portland. Several Netflix original movies and TV shows have filmed here. Teen drama ‘Trinkets’, comedy thriller, ‘I Don’t Feel at Home in This World Anymore’, sci-fi mystery ‘The OA’, and comedy-drama ‘Everything Sucks!’ have also been filmed here. Additionally, titles like ‘Twilight’, ‘The Flash’, ‘American Vandal’, and ‘Leave No Trace’ have also set camp at Portland to use it as their filming locations.

Thank you Portland! We made a great movie! Loved working with the super talented @auliicravalho and @rhenzyfeliz and made some awesome new friends! #sortalikearockstar

this week we wrapped on #SortaLikeARockstar. my first film, and biggest challenge thus far. and today is my 19th birthday. my heart is so full, it aches. who am I to be this lucky? i stumble over myself in gratitude. thank you thank you thank you.

Happy wrap, Sorta Like A Rockstar! These guys got our new Hustler IV fresh up from LA. Thanks for the photos, @seanmdevine