Where Was An American Pickle Filmed?

Countless movies, over a span of numerous decades, have attempted to retell the same narrative— the culture clash that ensues when you juxtapose two distinct generations, and how it is resolved. Well, this facet is one that many people can relate to, especially today. What seems normal to us today can sometimes be offbeat and peculiar for members of the older generations. Seth Rogen’s ‘An American Pickle’ is his attempt at narrating a somewhat cliched topic. Based on the 2013 short story ‘Sell Out,’ by Simon Rich (who is also the film’s writer), it is the first original film released on HBO Max.

The premise of the movie is that Herschel Greenbaum is a struggling Polish labor who immigrates to the United States in 1920 to fulfill the American Dream. He finds work at a pickle factory and promises his wife that in a century, their family will have prospered manifold. But of course, as luck would have it, he falls into a huge vat of brining liquid and is subsequently preserved for 100 years. Fast forward a century, and he emerges from it, not having aged even a day.

Ben Greenbaum, his great-grandson, is his only relative alive now. He locates him, and the two characters realize that they are polar opposites when it comes to their personalities. Ben is a mild-mannered computer programmer, whereas his great-grandfather aspires so start his own pickle business. Herschel doesn’t even hesitate in telling him that he has no family and no aspirations and that he shouldn’t be afraid to “throw his punch.” Over the course of the movie, they do discern that their hopes, losses, grief, and dreams are alike, and they want the Greenbaum name to prosper, albeit using different approaches.

Although the movie is based around their lives in Brooklyn, principal photography was done in Pittsburgh.  The audience can see various locations of the city throughout prominent scenes in the movie as well. A majority of the movie was filmed in Western Pennsylvania and in Lower Burrell.

Downtown Pittsburgh is evident in the still below, courtesy of the German National Bank’s sign. It is a historic building constructed in 1889 and has even witnessed the failure of three separate banks operating from it. 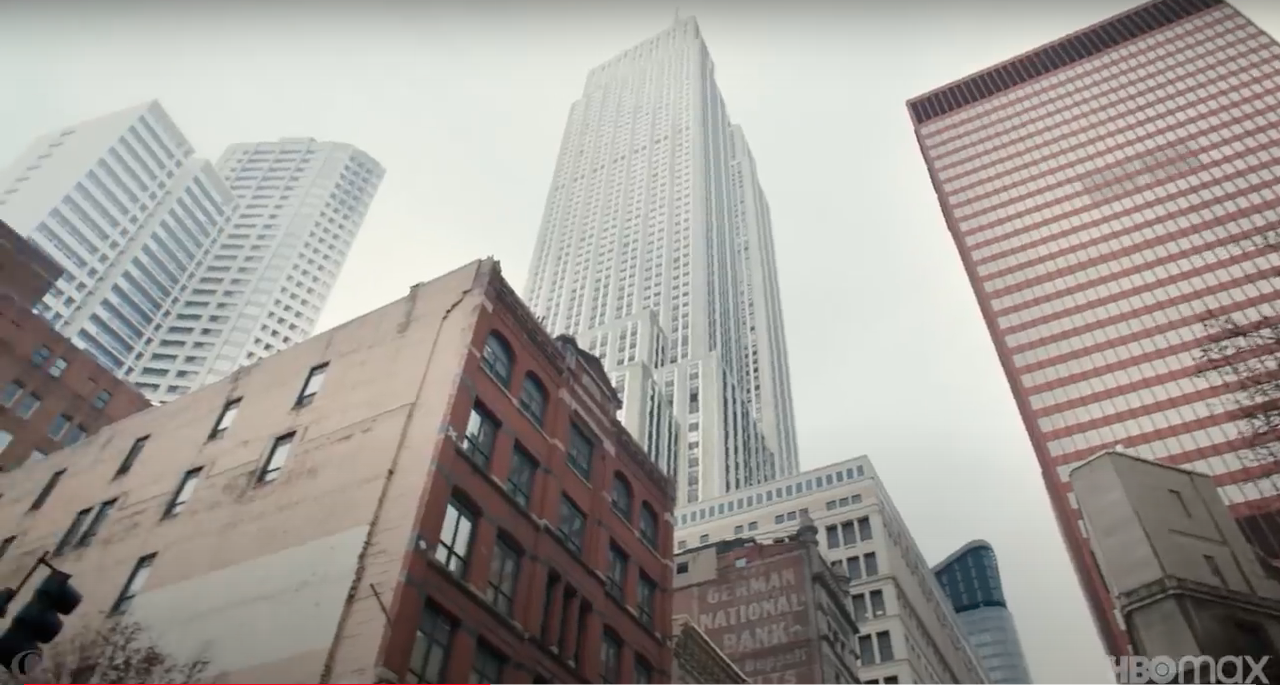 If you zoom into the still below, you see Midtown Towers, which indicates that Seth Rogen was walking on Liberty Avenue (also in Downtown Pittsburgh). It is a major thoroughfare that starts here and runs through the Strip District and Bloomfield as well. It is also considered to be a key location for connecting the office crowd with the Cultural District. 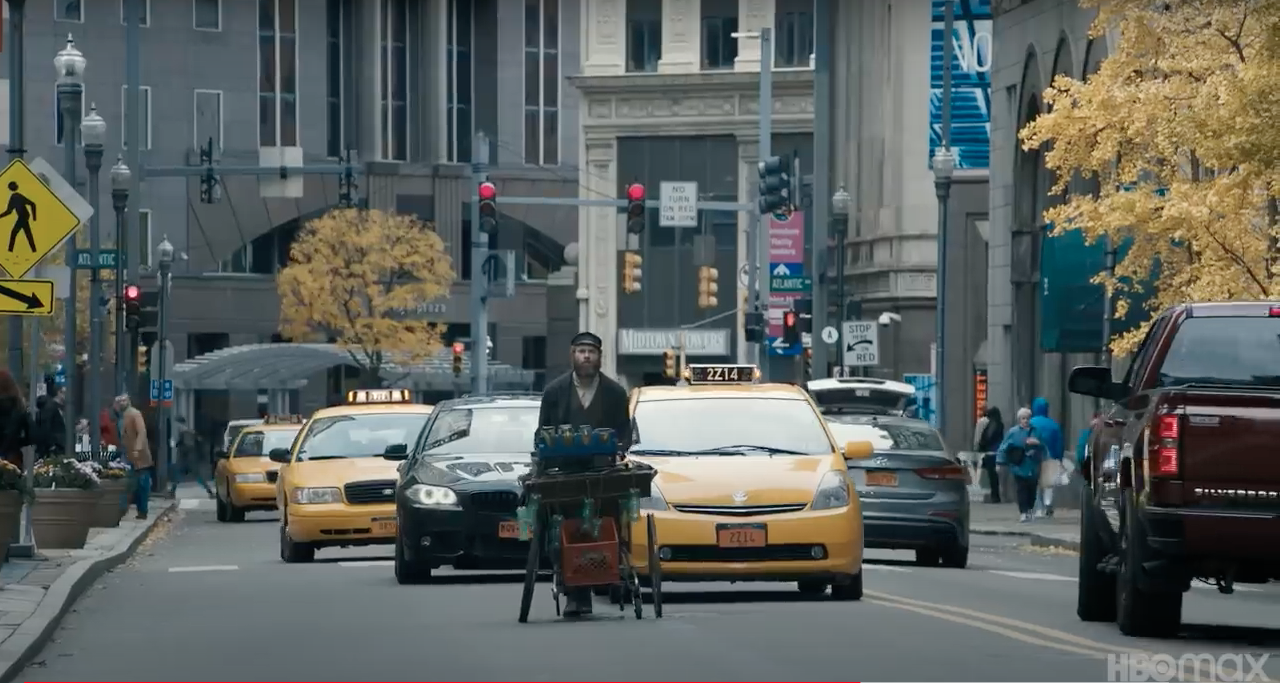 Herschel was selling pickles outside of Gepetto Cafe. The area is Lawrenceville, and Butler Street is the recognizable location. It seems only apt for him to sell food items here as this neighborhood has witnessed a complete overhaul, and has gone from being an unsafe area to a foodie’s heaven. 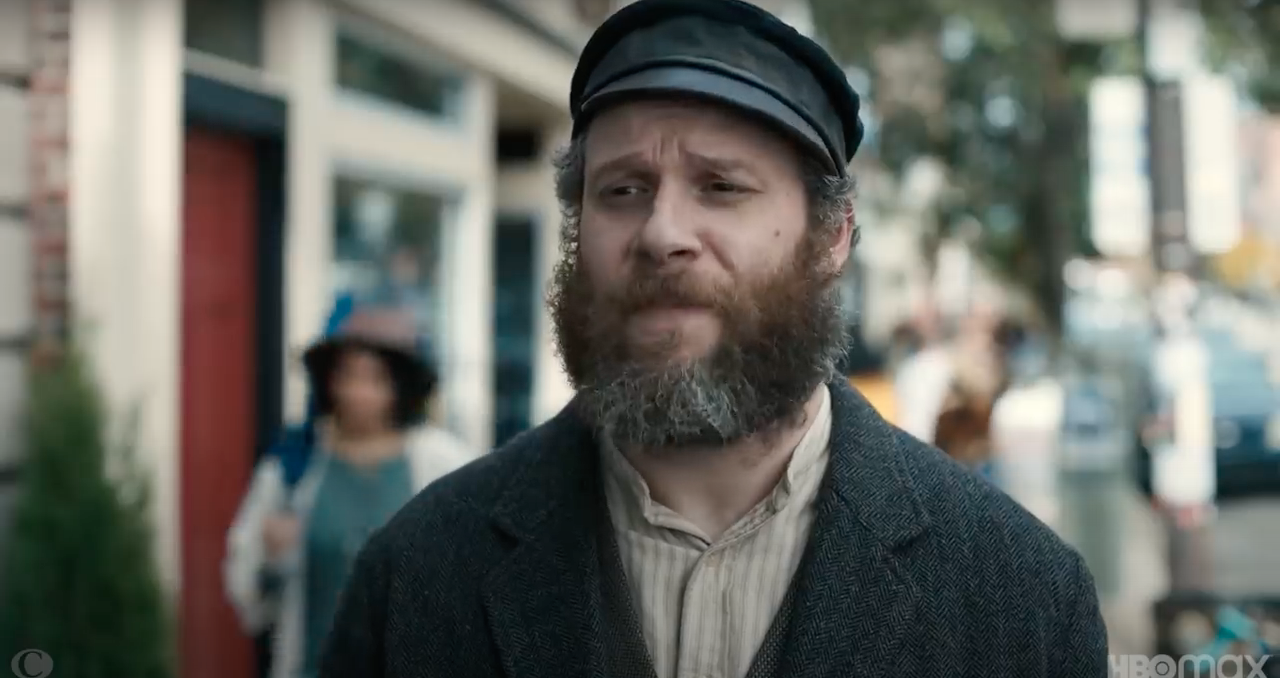 East Ohio Street is the main street of East Allenghelly. It encompasses a four-block business district and houses various enterprises from coffee shops to pawnbrokers. Pictured below is Jalen’s Barber Shop. 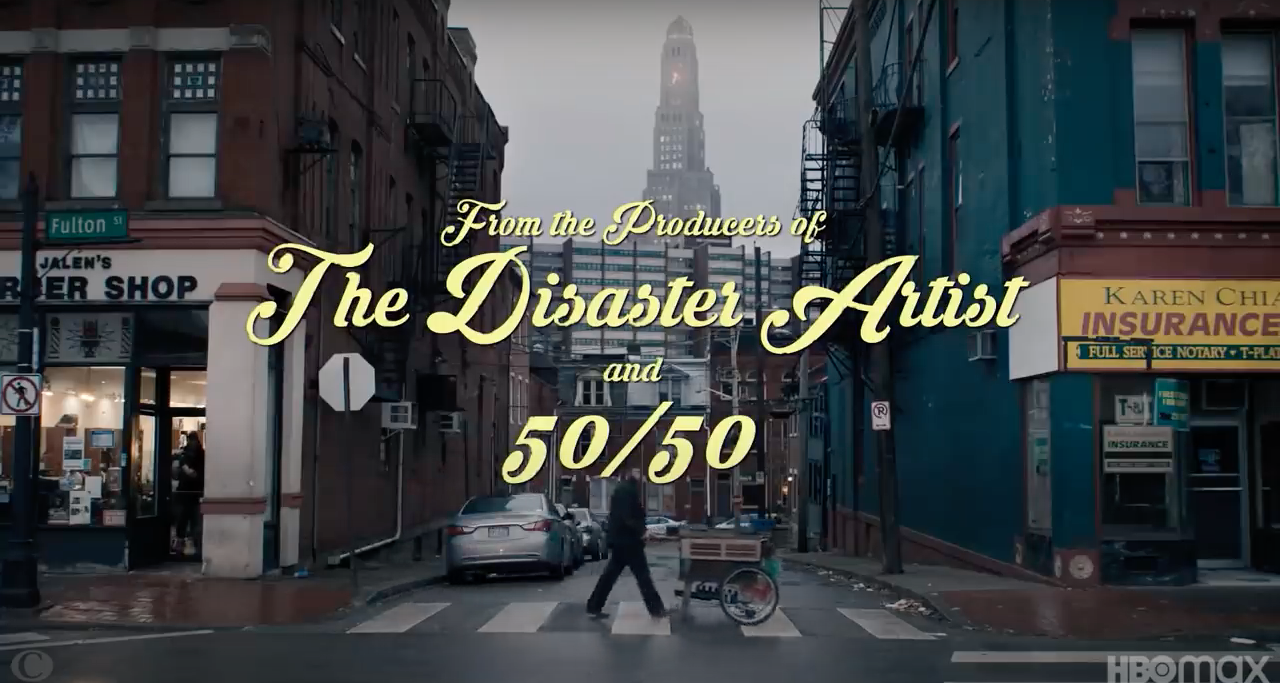 Most scenes in the movie have been shot in Pittsburgh, as mentioned above. However, to make the city pass for modern-day New York, there is some footage that has been shot in and around New York as well, especially the magnificent skyline from the Brooklyn Bridge. 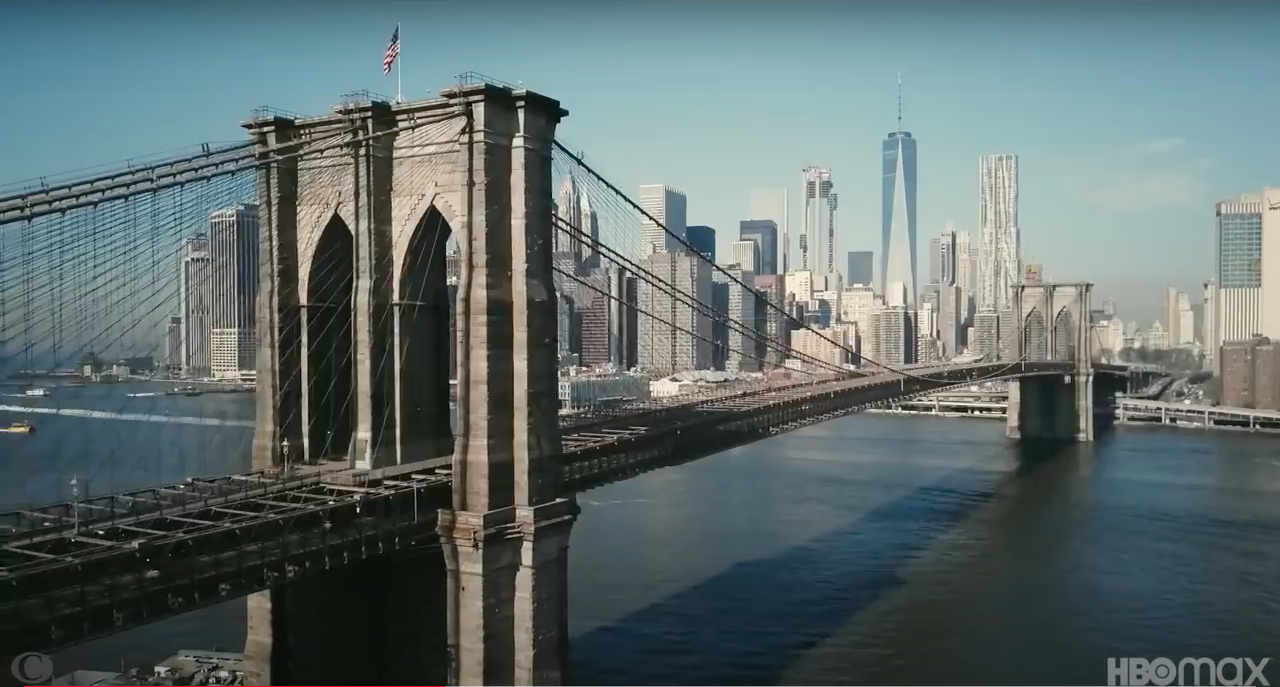 What is so unique to the filming of this movie is that Seth Rogen shot twice at the same locations after a month. He grew out a beard to portray the eclectic Herschel, and a month later, he revisited the same locations clean-shaven to play the amiable millennial.