Where Was Catch Me If You Can Filmed? 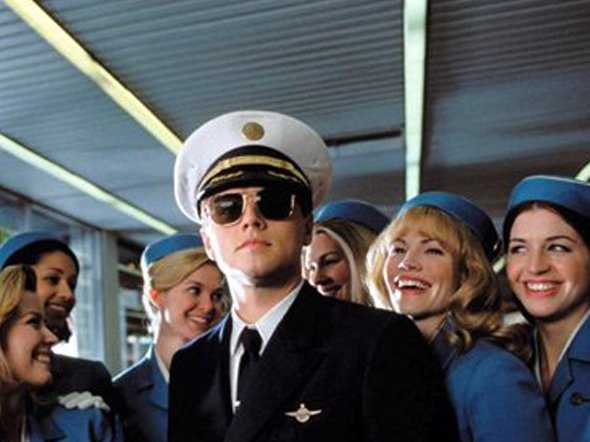 Steven Spielberg‘s ‘Catch Me If You Can‘ is a biographical crime movie based on the life and criminal exploits of Frank Abagnale Jr., one of the most notorious imposters, who is now a security consultant. It follows Frank (Leonardo DiCaprio), as he breaks the law with his sly tactics and provokes the FBI into conducting a massive search operation.

Leo’s brilliant portrayal of the suaveness with which Frank undertakes illegal adventures is what adds to the appeal of this movie. Constantly on the run, Frank is seen gliding through an assortment of beautiful locations throughout the movie that catches the attention of the viewers. So where was it filmed?

Catch Me If You Can Filming Locations

‘Catch Me If You Can’ was initially scheduled to start filming in January 2002 but got postponed to February 7, 2002, in Los Angeles, California. The production wrapped up filming on May 12, 2002, in Montreal, Quebec. Let us get into the specific details!

‘Catch Me If You Can’ was primarily shot in and around Los Angeles, California. Frank’s visit to Miami Mutual Bank was shot in Union Station, Downtown Los Angeles. Built in 1939, the majestic rail station oscillates between a public spot bearing the bustle of everyday life and a rare artifact immersed in grandiosity. The Rose City High School, situated at 325 South Oak Knoll Avenue, in Pasadena, is where the school scenes were shot.

Carl’s visit to Mrs. Abagnale’s house and a few other scenes were also shot in Pasadena, California. Specifically, the scenes were filmed at 3077 East California Boulevard. Furthermore, the home of the Strong family is in New Orleans in the movie, but in real life, it is situated at 2186 East Crary Street, near Altadena.

The Tropicana Hotel, where Frank and Carl (Tom Hanks) share an intense conversation, is the rear portion of Hollywood Roosevelt Hotel in Hollywood, Los Angeles (although Tropicana Bar is a real place). The hotel was established in 1927, and in 1929, it hosted the first Academy Awards. The scene involving Frank and the stewardesses was filmed in the Fine Arts Auditorium of the Ebell of Los Angeles located in Midtown Los Angeles.

The Miami International Airport shown in the movie is actually Ontario International Airport, which is not in Canada, but in Ontario, California. Glimpses of the FBI offices in the movie were staged in the Boeing-Aerospace Facility in Downey. The Alcatraz Prison on Alcatraz Island, San Francisco Bay, which is located in Northern California, is also featured in the movie. The Bellarmine Jefferson High School in Burbank was also used for filming, as was the Old Orange Courthouse, located at 211 West Santa Ana Boulevard, Santa Ana. Compton and San Pedro also appear on the list of filming locations.

Did you know that the Old Orange County Courthouse on Santa Ana Blvd. was a filming location for popular films like Legally Blonde and Catch Me If You Can? Photo courtesy of Seeing-Stars. #SantaAna pic.twitter.com/GEaWvbbURz

The New York airport in the movie is a Spielberg creation occupying a substantial section of the John F. Kennedy International Airport, called the TWA Building. Similarly, the Washington DC Square is Larkin Park, which is situated in Yonkers. The apartment where Frank’s family shifts is located at Buena Vista Avenue, also in Yonkers. The Chase Bank outlet seen in the film is actually the Brooklyn Borough Hall.

Frank is seen doing his laundry at the Launderland Laundromat, located at 151 Lake Avenue, while Frank lives the high life. Other locations include Jamaica (in Queens) and Manhattan Park Avenue in Manhattan, where filming ensued from April 25 to April 30, 2002. Few scenes from the movie were also shot in the Waldorf-Astoria Hotel and Orange, New Jersey.

As a substitute for all the scenes taking place in France, Quebec is featured. Because of its enormous French population that materialized into French culture with solid roots, Quebec lived up to its standard. With the Notre Dame des Victoires accessorizing the background, the square of Montrichard, where Frank gets arrested, is a fabrication within the confines of Place Royale in Quebec City. The prison where he is afterward sent to is called St-Vincent-de-Paul, situated in Laval. Lionel Groulx Metro Station is also featured. As a whole, the movie was filmed in 147 different locations.