Where Was ‘Christmas On My Mind’ Filmed? 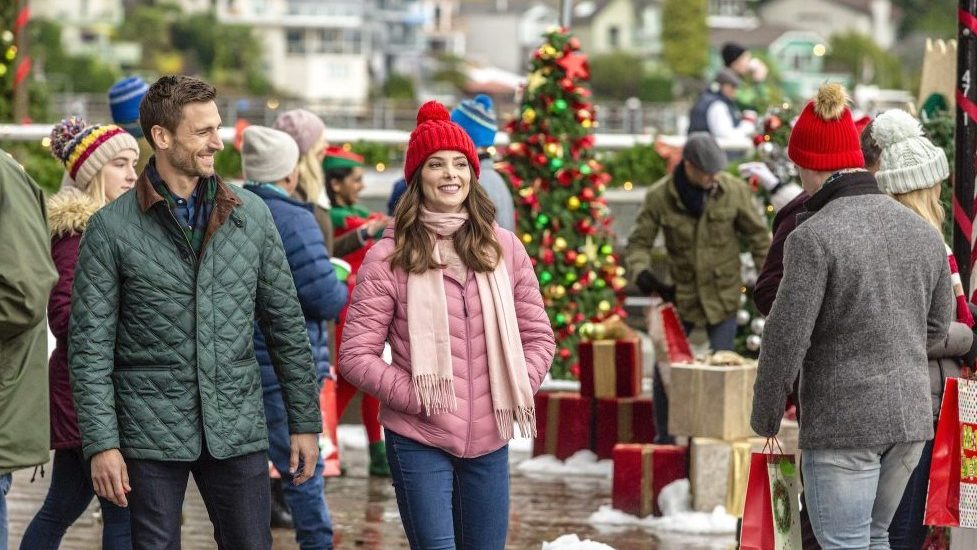 When we talk about television networks that produce holiday movies, the two names which come to our minds immediately are Hallmark and Lifetime. These two networks have been consistently producing a series of holiday movies every single year for quite some time now. Although it can be said that most of these films are centered around a similar theme, the influence they’ve had on audiences has truly been astounding. Among the many movies Hallmark has been coming out with this holiday season, ‘Christmas On My Mind’, which was formerly known as ‘An Unforgettable Christmas’, has been creating quite a buzz among audiences.

The movie centers around the life of a woman called Lucy (Ashley Greene) who has woken up one fine day with no memory of what she has been doing for the past two years. When she wakes up, Lucy believes she is about to marry her former boyfriend Zac (Andrew Walker), completely forgetting the fact that they have broken up and she is engaged to marry someone else altogether. When she contacts Zac, it is he who helps her figure out how life has been for her in and around Bedford Harbor for the past couple of years.

‘Christmas On My Mind’ might be set in Bedford Harbor, but most of its filming was done in British Columbia, Canada, where filming is much easier because of the tax incentives that are in place. As Lucy goes around searching for her past, we get to see the various natural beauties of British Columbia and the thriving culture of the place in al its glory.

Christmas On My Mind Filming Locations

Bedford Harbor, Maine is the place in which the story of this film is set. The central character of the film, Lucy, has spent most of her life in this place, and when she goes about town looking for people who remember her from the time, we are exposed to a lot of natural beauty of the place. As the entire incident unfolds, we also get to see how Christmas is celebrated here. The efforts put in to recreate the Christmas celebrations of the place is something which definitely deserves our appreciation.

Burnaby is a city near Vancouver, and has been prominently featured in ‘Christmas On My Mind’. When the film begins, we find Lucy living in a city, and this part of the film has probably been filmed in Burnaby. It is here that Lucy confronts Zac as she believes that she has missed her wedding with him. When Lucy comes to realize what the truth actually is, Zac takes her to her hometown in Bedford Harbor, Maine.

Vancouver has now before Hollywood’s favorite destination when it comes to shooting in a foreign location which can be passed off as an American city. North Vancouver, being a waterfront city, can easily be passed off as Bedford Harbor. Notably, film production is one of the biggest industries of North Vancouver. The people who handled the production design of the film had to really up their game to decorate North Vancouver in a way that it looks like Christmas has arrived early in the town.  As Lucy goes around recollecting incidents from her life, we can enjoy the beauty of the city and experience Christmas like never before.

‘Christmas On My Mind’ is a sweet tale which tells us how we should always listen to our hearts and not force ourselves to do something we might regret later. This is a film that encapsulates the Christmas spirit in its entirety.