Where Was Deadly Double Cross Filmed? 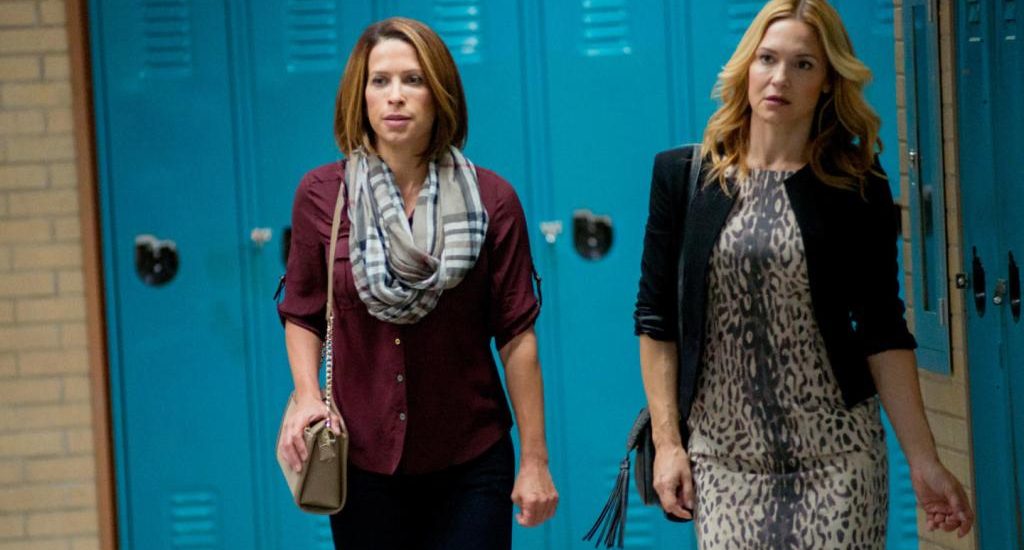 Lifetime channel’s ‘Deadly Double Cross’ is also known by two other names – ‘Precious Things’ and ‘My Daughter Is Innocent’. ‘Deadly Double Cross’ follows the story of a mom trying to prove her teen daughter’s innocence in a murder case. Lisa is a ‘cool mom’, more a friend and confidante to her daughter Amber than a mother. She even occasionally borrows her daughter’s clothes, much to Amber’s embarrassment. Amber’s best friend is Kelly, whose mother Heather is Lisa’s BFF. Things go majorly wrong when Amber and Kelly realize that the older guy that each of them is dating is actually the same man playing them both. Alex (or Xander) is a player of the first degree and both girls decide he is not worth ruining their long-time friendship over. Only, Kelly doesn’t stop seeing him, which upsets Amber further when she finds out.

Alex, under suspicious circumstances, takes a tumble down the stairs and sustains grave injuries, eventually succumbing to them and dying in the hospital. The police suspect Amber for the murder as her phone’s GPS proves that she left the house in the middle of the night to go see Alex. This was the same night when the murder was taking place. With Amber locked up and the evidence all pointing to her as the culprit, it’s up to her mom Lisa to don the garb of amateur detective and prove her daughter’s innocence. The film is directed by Maxwell McGuire and written by Daniel Weissenberger. Curious to know more about where this movie was filmed and who is the main cast? We’ve got you covered.

‘Deadly Double Cross’ was originally released in 2017 and filming was completed in 2016. The movie was filmed entirely on location in Ottawa, Ontario, Canada. While most of the scenes of ‘Deadly Double Cross’ were filmed at the specific locations listed below, some scenes were shot around the capital city in the downtown neighborhood.

‘Deadly Double Cross’ is majorly set against a high school backdrop, the plot involving a high school girl suspected of murdering her older boyfriend. The high school scenes were all filmed at the Confederation High School in Ottawa which is located at 1645 Woodroffe Ave, Nepean, ON K2G 1W2, Canada.

A few scenes of ‘Deadly Double Cross’ were also filmed at the Bar Robo in Ottawa, situated at 170 Queen St, Ottawa, ON K1P 5E1, Canada.

Filmmaker Max MacGuire also shot a few scenes of ‘Deadly Double Cross’ (then titled ‘Precious Things’) at his sister’s home in the neighborhood of Little Italy in Ottawa, Ontario.

The cast of ‘Deadly Double Cross’ features TV movie veteran Victoria Pratt as Lisa (known for her roles in ‘Xena: Warrior Princess’, ‘Cleopatra 2525’, and ‘Mutant X’), Christina Cox as Heather (known for her roles in ‘F/X: The Series’, ‘Blood Ties’, and more recently, ‘Shadowhunters’), Sarah Fisher as Amber (of ‘Degrassi: The Next Generation’ fame), and Hannah Vandenbygaart as Kelly (of ‘Reboot: The Guardian Code’ fame). The film ‘Deadly Double Cross’ also stars John Koensgen as the detective investigating Alex’s murder.