Where Was ‘First Blood’ Shot? 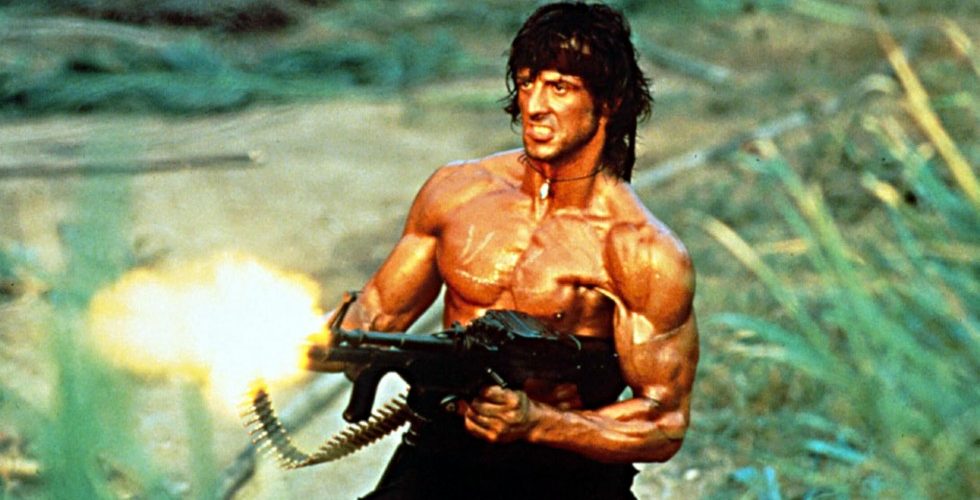 When we’re talking about the greatest action movies of all time, the conversation inevitably turns towards Sylvester Stallone’s legendary 1982 action film ‘First Blood’. Helmed by ‘Law & Order: Special Victims Unit’ director Ted Kotcheff, ‘First Blood’ heralded Stallone’s ascent to the echelons of the most iconic action movie stars of the last four decades along with the likes of Arnold Schwarzenegger and Bruce Willis.

The film also spawned a very successful multiple decade spanning franchise (including 2019’s ‘Rambo: Last Blood’) and is even credited with revitalizing the cutlery industry in the 1980s owing to the presence of Jimmy Lile and Gil Hibben knives in the film.

‘First Blood’ follows Sylvester Stallone as John Rambo, a former Vietnam war veteran who stumbles into the small town of Hope, Washington after learning of the death of his former comrade and friend due to Agent Orange exposure during their time together in Vietnam. A dazed Rambo is accosted by the town Sheriff, Will Teasle, who takes an immediate dislike to Rambo and encourages him to leave town. When Rambo refuses, Teasle arrests him on trumped up charges and puts him in a jail cell. Teasle’s officers begin to goad and abuse Rambo in the cell, triggering his PTSD (Post Traumatic Stress Disorder) from Vietnam and prompting him to escape. As Teasle sanctions a manhunt for the escaped Rambo, he soon realizes that it is actually him and his cronies who are being hunted.

If you were wondering what were the filming locations of ‘First Blood’, read on to find out everything we know.

Where Was First Blood Filmed?

The story line of ‘First Blood’ follows John Rambo’s exploits in and around the small town of Hope, located in the Liggett County tucked into the Cascade Mountains in Washington. This Hope is a fictitious town that doesn’t actually exist in real life.

However, the actual filming location for the fictional town of Hope, Washington is the very real town of Hope in British Columbia, Canada. In fact, ‘First Blood’ was entirely shot in various locations across the British Columbia region of Canada including Pitt Lake, Port Coquitlam, Golden Ears Provincial Park, and North Vancouver.

Check out these behind the scene photos of the filming of ‘First Blood’:

British Columbia has long been an extremely popular filming location for film and TV production houses worldwide due to the sheer variety in scenery and topography on offer, as well as the generous incentives and tax breaks offered by the Canadian government to foreign productions.

The opening scene of ‘First Blood’ was filmed near the Burke Mountain in Port Coquitlam, along with a few other action scenes. This includes the scenes in the Junkyard as well as the waterfall scene and the famous bike chase scene where Rambo is being trailed by a squad car. The location was an ideal venue for these scenes as it is fairly desolate and generally only populated by wildlife.

Check out this picture of the filming of the bike chase scene:

That's one great shot from the filming of First Blood! #Rambo pic.twitter.com/IenyMaQ8Ng

Several other popular films and TV shows have previously filmed in Coquitlam including the likes of ‘The X-Files’, ‘The Good Doctor’, ‘Juno’, and ‘Fantastic 4: Rise of the Silver Surfer’.

The fictional town of Hope, Washington in ‘First Blood’ is represented by the real town of Hope, British Columbia in Canada. A crew of nearly a hundred personnel was involved in the filming process which began in the winter of 1981. Hope is a small commuter town at the eastern end of the Fraser Valley which serves as the gateway to British Columbia’s interior.

Check out these filming locations in Hope, British Columbia:

The filming location for the Chapman Gorge in the film was the nearby Coquihalla Canyon Provincial Park, also known as the “Othello Tunnels”. The “bridge to Portland” that Rambo is encouraged to take at the beginning of the movie is the Coquihalla River Bridge, which has since been demolished and replaced with a newer structure.

Other movies filmed in and around Hope, British Columbia include Jack Nicholson’s ‘The Pledge’ and the horror mystery ‘Antlers’.

Filming for certain scenes also took place in a number of other venues across British Columbia including Golden Ears Provincial Park, which acted as the base camp for the entire Rambo manhunt effort, and Pitt Lake, which is the second largest lake in the lower mainland of British Columbia.

Read More: Where Was The Dark Knight Filmed?