Here Are All the Places Where ‘The Goonies’ Was Filmed

The 1980s were dominated by some of the most iconic features centering around young protagonists. Films that defined not just the era, but our childhoods. These include the likes of  ‘E.T.’, ‘Karate Kid’, ‘Breakfast Club‘, ‘Back to the Future’ and ‘Stand by Me’, among several others. But Steven Spielberg‘s 1985 cult-classic ‘The Goonies’ is undoubtedly one of the most successful from the lot. Despite its flaws, the film is an absolute cinematic treat, filled with youthful imagination and wonder.

‘The Goonies’ offers something truly nostalgic with its fast-paced ‘Indiana Jones’ kind of adventure for a pack of swearing kids. Lucky for us, the film stays true to Mikey’s words and manages to never say die, continuing to be a childhood favourite across generations. This is truer than ever in today’s time where the ’80s are alive and thriving – thanks to the likes of ‘It’, ‘Stranger Things‘ and ‘Ghostbusters‘. After all, there is something so comforting about nostalgia at a time when the future feels hopeless. ‘The Goonies’, then, successfully reminds us of the simple joys in life.

The film centers around a band of kids who live in the iconic “Goon Docks” in Astoria, Oregon. It follows their adventure as they attempt to save their homes, and discover a 17th century treasure map that takes them to the lost fortune of One-Eyed Willy. However, they soon find themselves at odds with the Fratellis, a crime family also looking for the lost treasure.

The quest takes the Goonies on a wild adventure to an unknown underground world. From the Goon Docks to the underground caves, spaces in the film play a pivotal role in the story. In case you’re wondering where these locations were actually filmed, we’ve got you covered. Here’s everything you need to know. 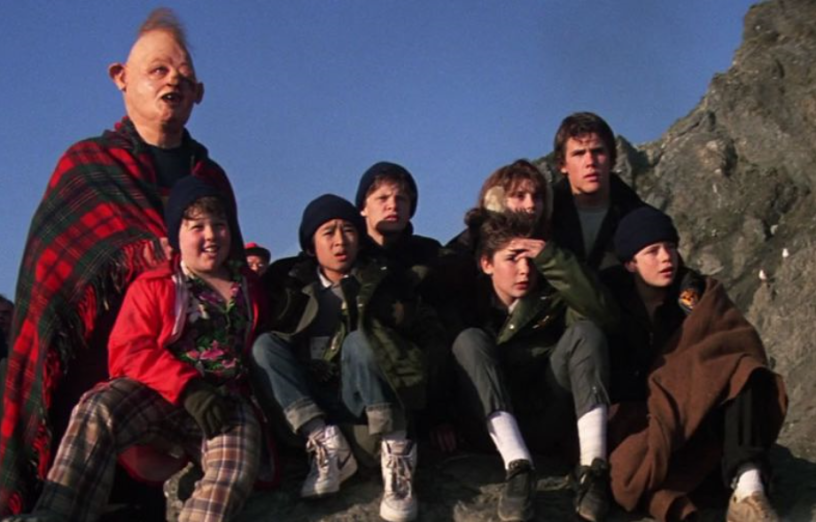 The blue-collar neighbourhood of Goon Docks makes the Goonies who they are. Interestingly, majority of the film was actually shot on location for authenticity. But does this mean that the neighbourhood actually exists? Could one go to the Walsh residence in real-life? Unfortunately, the first is untrue, the only way to access Goon Docks is to revisit ‘The Goonies’. However, it is actually quite possible to make a trip to Mikey’s house where the group hatched plans for their adventures.

While Goon Docks certainly does not exist, majority of ‘The Goonies’ was filmed on location. Filming of several scenes took place in Astoria, Oregon, the town where the neighbourhood is actually set. Yeah, one can definitely go on a “Goonies” road-trip and visit this very real town where some of the most iconic locations in the film were shot.

The building from which Jake Fratelli escapes with the help of his family is the Clatsop County Jail. At least, that’s what it was formerly. It has now become the Oregon Film Museum, dedicated to the movies made in Oregon like ‘The Goonies’, ‘Free Willy’, ‘Twilight’, among several others. Both the interiors and exteriors of the former jail were used in the film. Interestingly, an SUV with bullet holes, similar to the one used by the Fratellis in the film, is parked right outside the museum for ‘The Goonies’ fans.

Another museum that the film features is the Captain George Flavel House Museum on 441 8th Street, where Mikey’s father works as a curator. It is a historical landmark that was built in 1885 by George Flavel, a maritime pilot who was one of the first millionaires in the area. 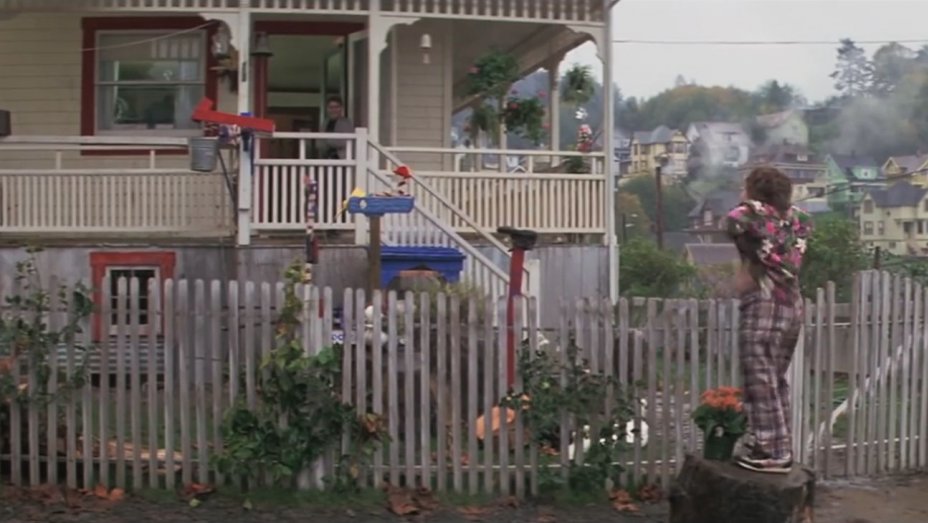 The Walsh family residence or the Goonies house is perhaps the most iconic location in the film. The iconic house is actually a private residence because of which visitors are not allowed to trespass or take photos with the building. It is located on 368 38th Street, Astoria. Data’s house is located close-by on 344 38th Street, but once again, is not visitor friendly. Other Astoria based locations used in the film include Lower Columbia Bowl located at 826 Marine Drive. where Chuck sees the car-chase, and Astoria Coffee Co. which is briefly featured in the opening scene.

Apart from Astoria, several other locations in Oregon were also used for the filming of ‘The Goonies’, especially along the coast. The Ecola State Park, located 26 miles south of Astoria, is where the Goonies bicycle to search for the start of the treasure hunt. The map later takes them to the Lighthouse Lounge (Fratelli’s hideout) which is also located in Ecola. The lounge was part of an elaborate constructed especially for ‘The Goonies’. Another important location used in the film is breathtaking Haystack Rock on Cannon Beach, where the Fratelli car chase scene ultimately ends.

Other than Oregon, filming of ‘The Goonies’ also took place in California, around the coast and in the studios. The underground scenes, including the caves, were filmed at Warner Bros. Studios in Burbank, California.

The cave in which the Goonies find One-Eyed Willie’s ship, Inferno, was also filmed here. The ship was built as an elaborate set, on Stage 16, which is considered to be one of the largest sound stages in America. The scene in the film in which Andy and Brand share an iconic kiss in water was filmed in Bodega Bay, California, while the final scene of ‘The Goonies’ was shot at Goat Rock State Beach in Sonoma County.