Where Was Hometown Holiday Filmed?

‘Hometown Holiday’ revolves around Krista, who decides on New Years to become more selective in her dating life. Then, she meets Ryan Rourke, an entertainment lawyer from LA, and they seem like a match made in heaven. He is in town to sign a local rancher who has turned into a viral singing sensation. However, the protagonists still have some secrets from their pasts that they need to confront if they want a happy ever after. Are you curious about where the movie was filmed? Well then, you’re in the right place.

The charm of festive movies is that they are usually set in a small town so that the hustle and bustle of the city don’t interfere with the budding romance on screen. But it is also imperative to note that these films aren’t usually shot where the story is based, and the same is the case with ‘Hometown Holiday,’ which is filmed in Ontario. Here are the specific filming details!

‘Hometown Holiday’ was primarily filmed in Toronto, Ontario, but Barrie also makes an appearance in the list of shooting venues. The movie stars Stephen Huszar, Bradley Hamilton, Sarah Troyer, Gabrielle Graham, and Samantha Gracie, whereas Caro Carson wrote the book, ‘The Maverick’s Holiday Masquerade,’ on which the film is based. She took to Facebook to upload a photo of herself on the set of the movie. The caption of the post reads, “Everyone at Brain Power Studios, and I do mean everyone, were an absolutely wonderful team. It was a thrill to be part of the movie magic for a couple of days.” 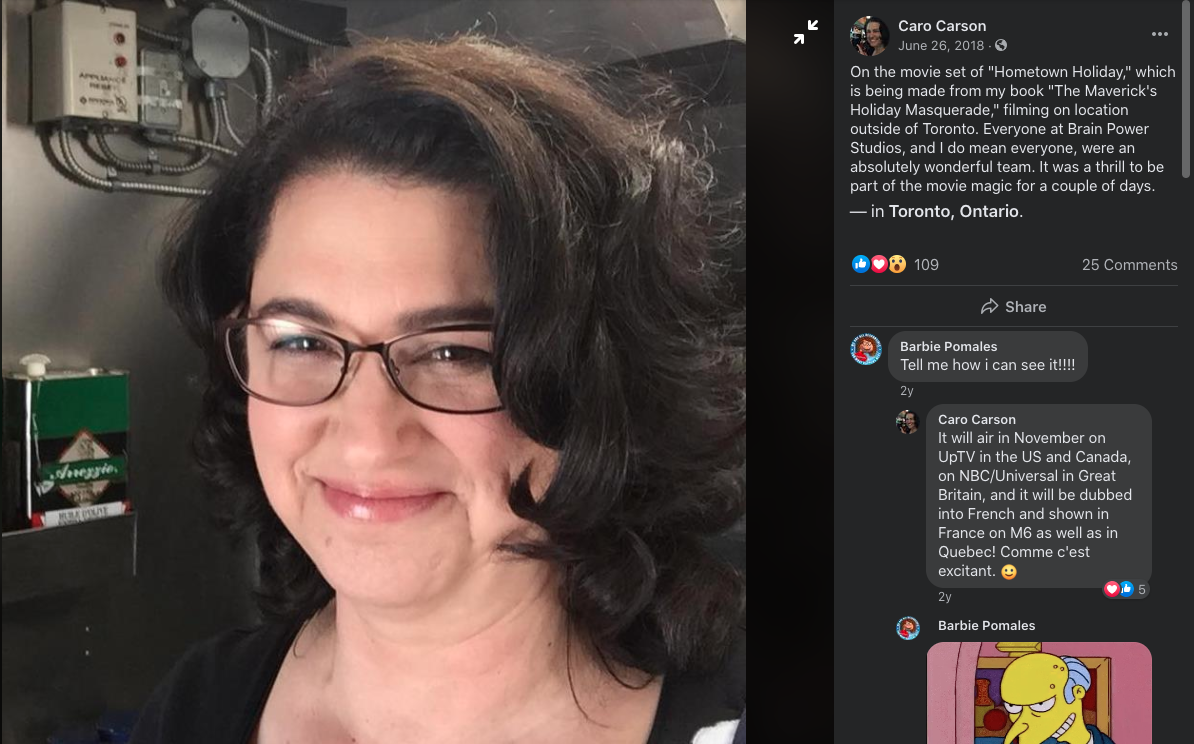 The Canadian province has become a favorable destination for filmmakers in recent years. Due to this, the entertainment industry has boomed and is now a multi-billion-dollar enterprise. But what about the location attracts so many people? It could be the lucrative tax incentives that the government offers, hence making production cheaper and more fiscally beneficial. On the other hand, Ontario is also quite scenic, and many American cities can be easily duped in the border of the province.