Where Did the Filming of ‘Interrogation’ Take Place? 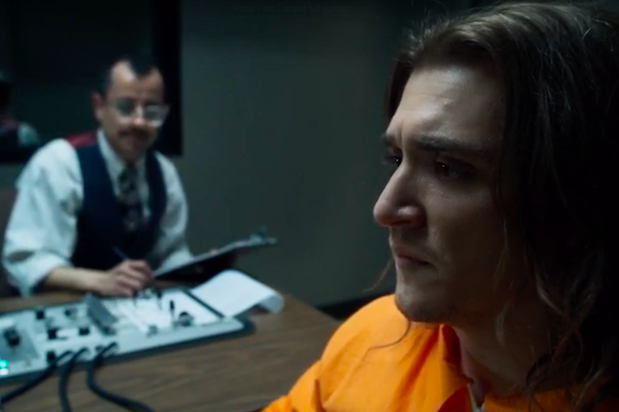 Interactive fiction, more commonly known as “choose your own adventure” has been gaining some notable attention on the audio-visual stage. The CBS crime drama, ‘Interrogation’ is one such television show that attempts to cash in on the recent rage.

Interactive fiction is not a new phenomenon at all: several of us would remember those fascinating ‘Goosebumps’ books that allowed us to make choices on behalf of the characters. Netflix re-popularised its appeal with ‘Bandersnatch,’ which allowed viewers to select what they wanted the protagonist to do at crucial junctures in the story. The narrative had multiple endings and even more ways of reaching the conclusion.

‘Interrogation’ does not follow such a format. It is not a fully-fledged interactive story as it has just one ending. However, there is definitely more viewer participation than the regular television show. Viewers can watch the show in any order they prefer.

To begin with, ‘Interrogation’ is a true-crime series, adapted from an actual criminal case. The plot revolves around a young man who was convicted of brutally killing his own mother. Every episode is centered around an interrogation. These interrogations have been adapted from actual police case files for purposes of authenticity. But it is the narrative format which is the most intriguing part of the show. The pilot episode chronicles the premise and core details about the case in question, laying out the possible suspects and clues. Then, the viewers get to be the detective! Well, sort of…

Viewers can select the order in which they want to view the series. Each episode is based on a suspect or clue and viewers can opt to follow whichever lead they prefer. The finale remains to be the same, just like the pilot. Essentially, viewers get to choose the journey and not the end.

Such a novel concept proves to be a welcome addition to CBS’ repertoire of crime stories, allowing the network to provide a break from conventional crime fiction.

While ‘Interrogation’ allows you to choose your own story, the story itself still needs to have been filmed. In normal choose-your-own-adventure tales wherein viewers get to affect the outcome of the series, unlike ‘Interrogation,’ each scene is written and produced with various alterations, allowing for multiple degrees of viewer choices to factor in.

However, since ‘Interrogation’ only allows viewers to select the order of the journey, filming would have surely been more straightforward. Many of you might be wondering where was ‘Interrogation’ filmed. Continue reading for the answer.

CBS’ attempt at interactive fiction, ‘Interrogation’ is filmed in Albuquerque, New Mexico. The city is nestled near imposing hills that dwarf the cityscape. This was best depicted on ‘Breaking Bad’ and ‘Better Call Saul,’ Both of these shows are set and filmed in Albuquerque and have done complete justice to its portrayal on-screen.

Moreover, the number of productions opting to film in Albuquerque has been on the rise. The government of New Mexico seems to appreciate the economic opportunities that come with filming in the state. Here is what the New Mexico Economic Development Department Cabinet Secretary, Alicia J. Keyes has to say regarding the matter: “This is another great example of how New Mexico is becoming a destination for both film and television production. These are good jobs that are helping to diversify our economy.”

As echoed by Keyes, filming opportunities bring in a lot of benefits. One of the most important perks of supporting filming in any place is the high number of employment opportunities that it brings. Filming for ‘Interrogation’ itself required close to 2500 background talent from the state, apart from over 150 crew members.