Where Was Joker Filmed?

Comic book characters and stories are the order of the day right now. We have seen numerous comic book films being produced this decade, and can easily say that these films have turned out to be extremely profitable for the Hollywood studios. If you take a look at most of the Marvel or DC movies, you will notice that there is a clear pattern in all of these movies and they follow a formulaic screenplay which has some doses of fun, quirky dialogs, brilliant CGI, and a massive fight at the end.

It must be admitted that in this day and age, it takes an immense amount of courage for a filmmaker to step out of this formula and produce a movie based on a comic book character which is disturbing, violent, and also seriously challenges the mainstream audience’s film-watching experiences. The Todd Phillips directorial ‘Joker‘ is one such movie which really challenges the preconceived notions of audiences who are used to seeing mega-blockbusters.

No other comic book character other than the Joker has been discussed as intensely by sociology scholars or political theorists. Joker is a depraved man who has lost everything in life and his only will is to spread destruction and chaos. He wants to show the world that everyone is capable of all the nastiest crimes in the world, and is always looking for an opportunity to trigger unrest.

‘Joker’ shows us the origin story of the famed villain, with Joaquin Phoenix playing the titular role. The character’s name is originally Arthur Fleck. He is a failed comedian who has a laughing disorder and loves watching a particular talk show on television where he wants to perform one day. Fleck goes through several failures and humiliations until one day he uses violence as a means to defend himself. Soon, he starts believing that violence is the only way for him to fight against the oppression of the social system, and even begins inspiring others to do the same.

‘Joker’ has already caught attention of people due to its brilliant cinematography and memorable filming locations. In fact, one particular location, a staircase in Bronx, has become so iconic that people are visiting the place in droves to take selfies. In case, you are also curious as to where Joker was filmed, you are at the right place.

As all of us are aware, Joker is a DC Universe character who is the arch-rival of Batman. Thus, the entire origin story of Joker happens in Gotham City. Owing to the fact that Gotham is a fictional city, the filmmakers were able to shoot the film in various places, and then pass it off as Gotham. 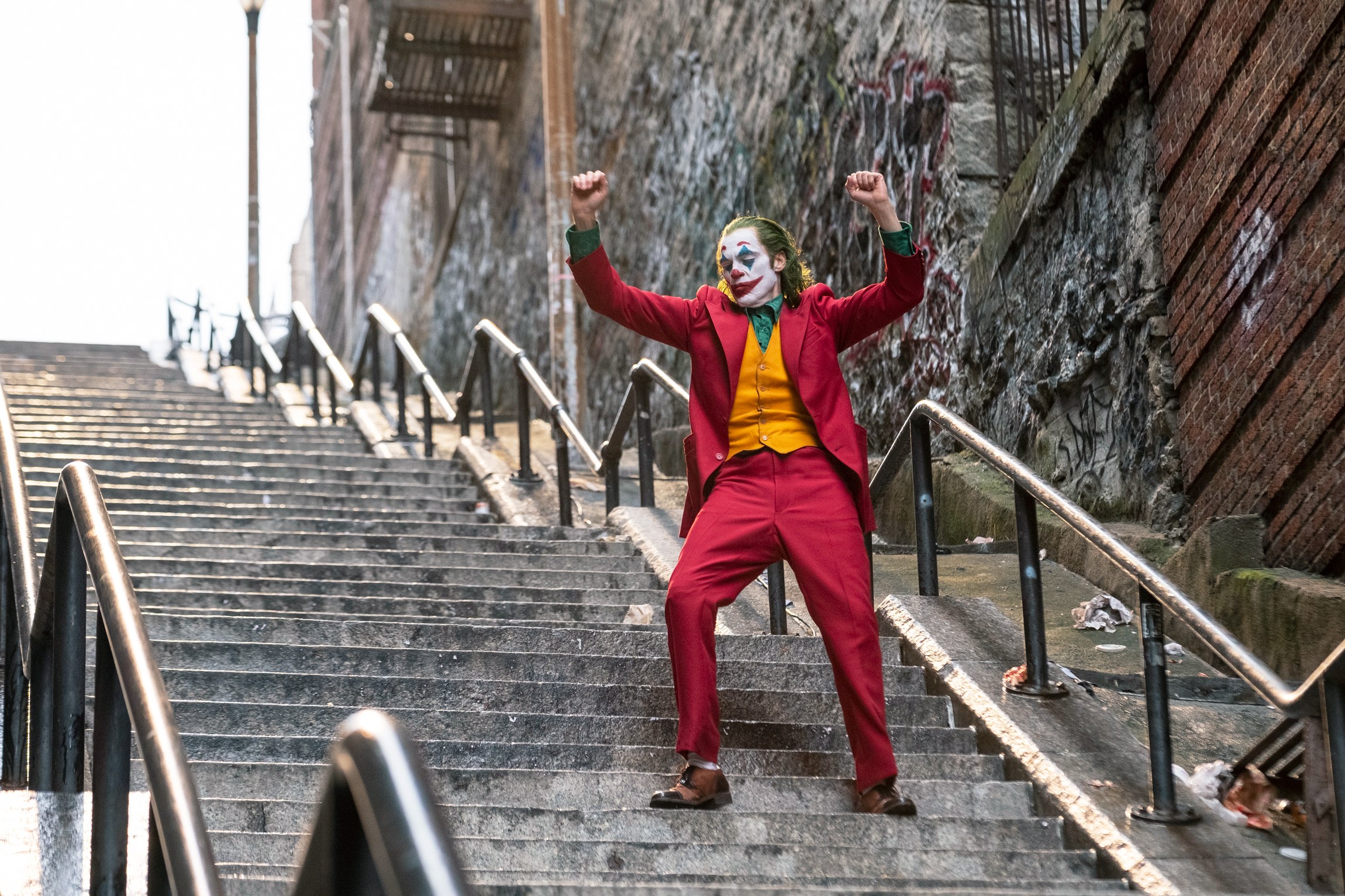 A large chunk of the film was shot in and around New York City, where the principal photography also started in the first place. Interestingly enough, when ‘Joker’ first began filming, the film used the working title ‘Romeo’. Anderson Avenue in The Bronx is one of the most vital locations used in this film. This is the place where Joker’s apartment complex is located. Arthur Fleck’s home acts as the only place where he does not get mocked or ridiculed. Though his life seems to completely devoted to taking care of his ailing mother.

Arthur has crush on his neighbor, Sophie Dumond, who is a single mother living in the same building. The donut shop where Arthur and Sophie go on a date is also located in The Bronx, on Jerome Avenue.

One crucial point in the film arrives when we see Joker using violence for the first time by killing three guys who were bullying him. The subway platforms where this scene was shot are lower-level platforms at the 9th Avenue subway station in New York which are now discarded.

There comes a point in the film when Joker is desperately looking for his own identity and is told by a hospital staff that he is actually an orphan who has been adopted by his mother Penny. This hospital, the Arkham State Hospital, is actually the Brooklyn Army Terminal on 58th Street.

The most iconic scene of ‘Joker’ is the one where we see him in his full attire, dancing on top of a staircase. This staircase is also located at Anderson Avenue in The Bronx, near the building where the exteriors of his apartment complex were shot. As we mentioned before, this staircase has now become a hotspot for both locals and tourists alike. Since the film’s release, social media has been flooded with people posting selfies and videos at this now-iconic landmark.

New York’s Chinatown and Cherry Street also served as the filming spots for some of the street scenes of this film.

Besides New York, if there is any other city which this film has been shot in, it is New Jersey. When we meet Arthur Fleck for the first time in the film, we see him standing at the side of one busy road with a placard. This entire scene, leading up to the point where he is assaulted by the gang of teenagers, is shot on Market Street in Newark, New Jersey.

Thomas Wayne is a small but important character in the film who has his most important scene where he is confronted by Arthur in the men’s room at a lavish film theater. This is the place where Wayne is organizing a charity event. The huge building which serves as the exteriors of the theater is actually the William J Brennan Courthouse located on Newark Avenue in Jersey City.

Besides these locations mentioned above, we can safely assume that some of the other important scenes of the film were shot inside the studio. The climax of the film, where Joker gets invited to the talk show of Murray Franklin, was shot inside a studio as was probably the interior scene at the very end of the film where we see Joker inside a hospital.