Where Was ‘Just Mercy’ Filmed?

‘Just Mercy‘ is a biographical legal drama directed by Destin Daniel Cretton of ‘Short Term 12’ fame, based on the best-selling memoir of the same name by Bryan Stevenson. The film stars Michael B. Jordan, Jamie Foxx, Brie Larson, Rob Morgan, Tim Blake Nelson, and Rafe Spall. It revolves around the true life story of Walter McMillian, who was wrongly convicted for the murder of a young white woman, and how he fights his conviction with the help of Stevenson, his defense attorney.

Cretton’s film is set in Alabama, in the late 1980s, as it follows the real-life struggles of McMillian, played by Jamie Foxx, who was from Monroeville, and got convicted for Rhonda’s murder in 1986. Stevenson, played by Michael B. Jordan, was a young, Harvard-educated lawyer at the time, who made the choice to come back to his home-town, Alabama to fight for the rights of minorities, and battle racism and stigma associated with Black individuals, especially in the American South. He began to work for death-row inmates in the South, a lot of whom were wrongfully convicted, and some of them were never given proper trials or even defense attorneys. McMillan’s case was one of his earliest, and also a personal one because of the brutality that McMillan had to undergo for a crime he did not commit, all due to racial stigma.

Cretton’s ‘Just Mercy’ was mostly filmed on location in Montgomery, Alabama. The principal photography for the same began in by the end of August in 2018. The reason for the shoot to take place on location becomes significant due to the real-life story behind it. In fact, several real-life stories that made this one real-life story possible. Alabama has had a long history of slavery and racism attached to it. It was also the space that served as a crucial point for the Civil Rights Movement in America. In a lot of ways, the true story behind ‘Just Mercy’, which also happened in Alabama, explores the racial horrors of the South, while also serving as turning point in the unjust racial judicial system, as well as the society at large. 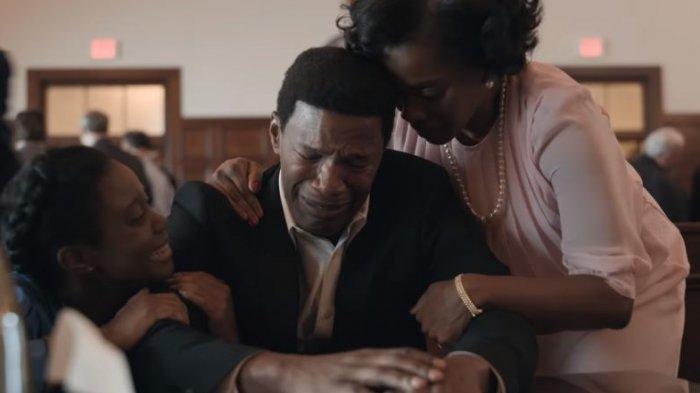 The majority of ‘Just Mercy’ was filmed in Montgomery, Alabama, especially in downtown Montgomery. The choice to shoot on location is an important one as it allows for authenticity and honesty in the portrayal of the racial stigma faced by a black man who was wrongfully convicted and faced death penalty, even in the 1980s and 1990s, several decades after the Civil Rights Movement.

The movie’s choice of locations allows it to map out both the intricate details, and the physicality of McMillian’s case and turmoil, while subtly tracing back the place’s racial history. It allows the viewers to look at the space where it all actually happened. Bryan Stevenson, the defense attorney who fought for McMillian’s case founded the Montgomery based, Equal Justice Initiative in 1989, just around the time McMillian was convicted. EJI serves as a legal nonprofit that provides representation to individuals who have been unfairly or illegally convicted, or those who have been abused in state jails and prisons.

Interestingly, Walter McMillian was from Monroeville, Alabama, the hometown of Harper Lee. She wrote a very similar story to her in ‘To Kill A Mockingbird‘ that was set in 1930s Alabama, which becomes crucial as we realize that not much has changed since then. But again, what Atticus tried and couldn’t achieve in the book, real-life defense advocate and civil rights activist, Stevenson did.

Several scenes in ‘Just Mercy’ were filmed on Perry Street in the Garden District, where the entire team recreated Montgomery of the late 80s through vehicles and costumes. But the movie was primarily shot around Dexter Avenue. The location becomes significant in more than one way as it was in Dexter Avenue Baptist Church that Martin Luther King began his first full-time pastorship in 1954. 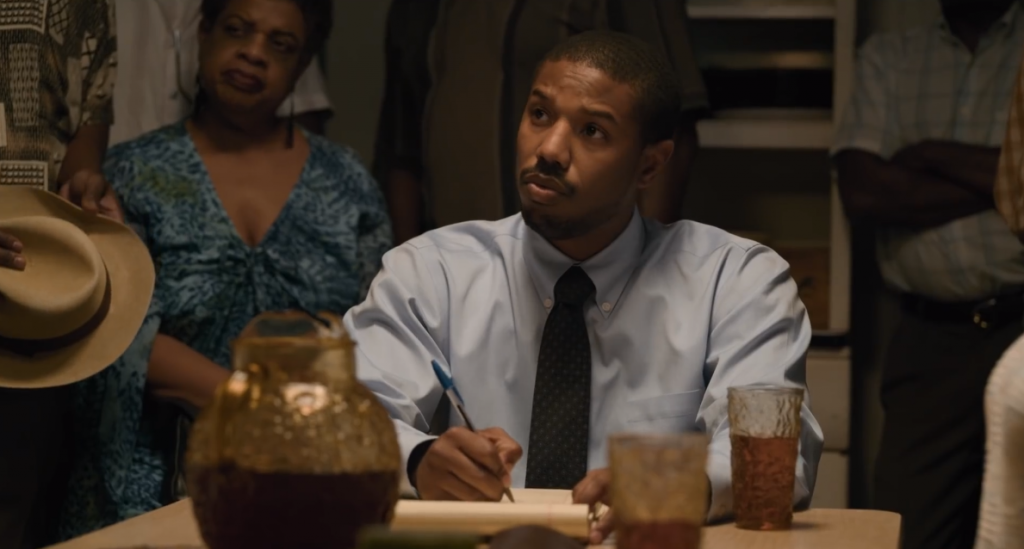 Though the process has been a slow one, Montgomery has come a long way as this year the city elected its first black mayor. ‘Just Mercy”s location because all the more crucial because it remains authentic not to the story of McMillian and Stevenson, but countless other people of colour who fought for their rights over the years. The other places where the shooting took place included locations in Atlanta in Georgia, which was also the place where Stevenson first worked in after graduating from Harvard. He worked for Southern Center for Human Rights which eventually led him to found Equal Justice Initiative.

Bryan Stevenson, in real life, took several initiatives to map the history of slavery in Montgomery, Alabama. Through EJI, he built the National Memorial for Peace and Justice, a memorial to commemorate the victim of lynching in the United States. He’s found various ways to acknowledge and fight racial terrorism and injustice that people in the South faced, and continue to face. This becomes crucial to McMillian’s case as Stevenson believes that the racial injustice towards people of colour in the criminal justice system is related to the history slavery, as well as the racism faced by the minorities in the South. Cretton’s choice of filming ‘Just Mercy’ in Alabama, on location, then allows the film to become all the more authentic and real as it shows us the actual spaces where these racial horrors took place.

Four public screenings of ‘Just Mercy’ are being organized by EJI in Montgomery, Alabama, before the movie’s national release. Stevenson believes that Alabama’s history makes it an ideal space to begin a national conversation about the legacy of slavery and that Cretton’s ‘Just Mercy’ allows them to explore that.

Read More: Is Just Mercy Based on a True Story?