Where Was Manhunt: Deadly Games Filmed? 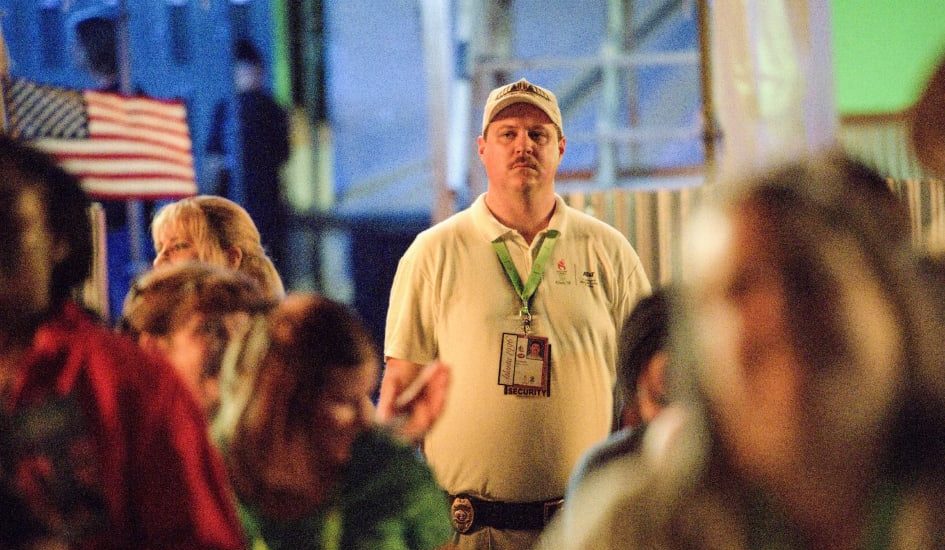 Created by Andrew Sodroski, Jim Clemente, and Tony Gittelson, the Spectrum (previously Discovery Channel) drama anthology series ‘Manhunt’ chronicles the fictionalized versions of high-profile criminal cases. Initially meant to be a miniseries about the Unabomber, positive responses from the audience convinced the producers to make a full-fledged TV series. The second season, titled ‘Manhunt: Deadly Games’, was released in February 2020. It depicts the Centennial Olympic Park bombing of 1996 and focuses on two key individuals associated with the case, Eric Rudolph (Jack Huston), the real perpetrator, and Richard Jewell (Cameron Britton), the erroneously suspected man who became the victim of a media witch hunt despite saving countless lives that day by alerting the authorities and taking part in the civilian evacuation. The show is correctly set in Atlanta, Georgia, where the incident took place. In this article, we try to figure out whether the series was filmed on location or elsewhere.

In July 2016, ‘Manhunt: Unabomber’ was supposed to begin filming in Western Pennsylvania, including Pittsburgh. But the producers failed to secure the main lead for the project in time (Sam Worthington and Paul Bettany were eventually cast), which resulted in the production losing the Pennsylvania film tax credit funds that they were hoping to get. This prompted them to move the production to Atlanta. Ironically, although the setting for ‘Deadly Games’ is Atlanta, the production team returned to Pittsburgh to film ‘Manhunt’ season 2 there between June and October 2019.

During the filming of ‘Unabomber’ in Atlanta, Sodroski felt that the city did not offer the production the necessary “texture and grit and variety”. Michael Dinner, the director of the series, also felt that they needed to shoot elsewhere than Georgia. In a telephonic conversation, he voiced his doubts to Sodroski. The main reason for shooting on location in Atlanta would have been Centennial Olympic Park, where the Games took place. However, the park had undergone multiple renovations since 1996 and barely resembled its old self.

“Whatever we do, we have to reconstruct the park,” Dinner stated in an interview. “And while the story starts at that moment in time with the bombing, the story is taking us into the woods.” (via TribLIVE) This is why Pittsburgh ended up being their final choice, as the city has an adjacent forest.

Most of the forest scenes in ‘Manhunt: Deadly Games’ were filmed either in Henry Kaufmann Family Park in Monroeville or McConnell’s Mill State Park in Lawrence County. The former previously served as the exterior locations for two seasons of WGN America’s drama series ‘Outsiders’. The Manhunt producers decided to make use of the abandoned sets from ‘Outsiders’ for their show.

Manhunt Actor CAMERON BRITTON IM IN THE BUILDING BEHIND HIM.. #cameronbritton #manhuntdeadlygames

The crew set up their base of operations at 31st Street Studios, where they built a replica of 1990s Centennial Olympic Park. The series also did some filming at Monroeville business park and the county courthouse. The Atlanta skyline was added during post-production through special effects.

For the production of ‘Deadly Games’, Allegheny Courthouse became Atlanta City Hall’s rotunda, Blawnox post office building was transformed into an FBI command center, Ventana Hills Apartments in Coraopolis was used to depict the exterior of Richard Jewell’s apartment, and Grieco’s Carefree Inn in Indianola was made to look like Applebee’s. The borough of Kittanning was turned into Murphy, North Carolina.

Read More: The Devil All The Time Filming Locations