Here Are All The Places Where ‘Ordinary Love’ Was Filmed 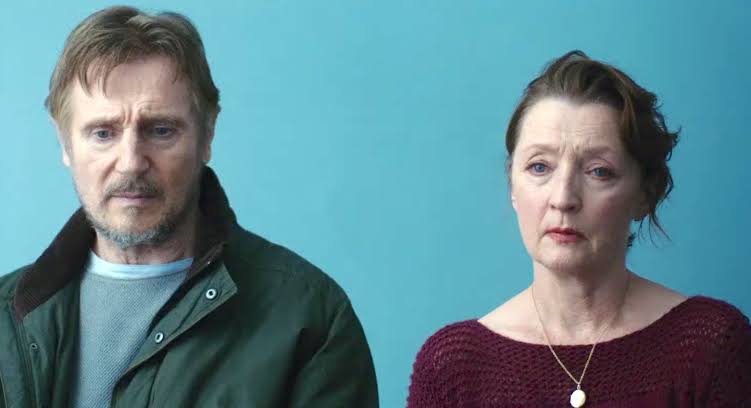 Veteran Irish actor Liam Neeson is truly a legend of cinema, boasting a distinguished career spanning well over four decades and era defining films such as Steven Spielberg’s legendary 1993 period drama film ‘Schindler’s List’ under his belt. It is, therefore, a bit surprising that Neeson has never yet won an Academy Award, having only been nominated once throughout his career. However, it seems like the ‘Taken‘ star might be getting another crack of the whip with ‘Ordinary Love’, a romantic drama film that truly tugs at your heart and soul.

To find out where was ‘Ordinary Love’ filmed, read on to find out everything we know.

The events of ‘Ordinary Love’ are set entirely in the city of Belfast in Northern Ireland. The film is an exploration of the human condition and themes like love, loss, grief, and acceptance. The visual storytelling is done not via adrenaline fueled action scenes at exotic locales or fancy CGI, but rather through quiet moments and poignant shots.

For example, the film conveys the feeling of deep seated grief and turmoil through subtlety in quiet moments, such as empty rooms and changes in long practiced comforting rituals.

Co-director Barros D’Sa explains, “The rhythms, the pace of the story, conveys that sense of displacement. We spent time talking about the domestic details, like the ritual of making tea together. Who pours the tea, who puts the milk in, the fact that they always share a scone. Then, later, when Tom is on his own at the table, there’s no milk jug. Things are off, the rituals have been broken. These are not big obvious things that we expect people to notice; it’s all layering, it subliminally makes you feel something.”

Just as it is portrayed in the movie, filming for ‘Ordinary Love’ took place entirely in Belfast itself. The film’s directors Glenn Leyburn and Lisa Barros D’Sa are both native to Northern Island and have featured the region prominently in their previous films including 2013’s ‘Good Vibrations’.

‘Ordinary Love’ was filmed both on set and on location entirely in the city of Belfast, Northern Ireland in the United Kingdom. Belfast is the largest city in Northern Ireland, as well as being the region’s capital.

Historically speaking, Belfast has always been a prominent location, serving as a major port in the early nineteenth century and playing a key role in the Industrial Revolution as the largest linen producer in the whole world. The city later went on to become a prominent backdrop of an ethno-nationalistic conflict known as “The Troubles” in the 1970s and 1980s, briefly earning the dubious distinction of being one of the most dangerous cities in the world.

Today, Belfast is a major hub for the aerospace and missiles industry, as well as being a major tourist hotspot. It is the location of world renowned attractions such as the Titanic Belfast museum about the sunken Titanic ship, the Ulster Museum of Irish culture and history, the resplendent Belfast Castle, the captivating St. Anne’s Cathedral, and many more.

Belfast is also a popular filming location for various film and TV productions including the likes of ‘Line of Duty’, ‘The Frankenstein Chronicles’, ‘Game of Thrones’, ‘The Lost City of Z’, and many more.

Check out these pictures of the cast and crew filming for ‘Ordinary Love’:

‘Ordinary Love’ is directed by Northern Irish husband and wife duo Glenn Leyburn and Lisa Barros D’Sa. They are best known for 2013’s excellently received ‘Good Vibrations’, a movie about the punk rock scene in Belfast during the 70s. The script for the film was written by Belfast playwright Owen McCafferty, who drew from his own domestic life experiences.

‘Ordinary Love’ follows the journey of a retired middle aged couple – Joan and Tom, who have developed an easy flowing rapport that only comes with a lifetime of knowing each other. Yet, beneath the easy flowing chemistry is a deep reservoir of pain; the consequences and fallout of their daughter’s death that they have only just come to terms with. However, when Joan is suddenly diagnosed with breast cancer, their relationship is once again put under great strain as old and new feelings come rushing back to the surface.