Where Was Pineapple Express Filmed?

‘Pineapple Express’ is an action-comedy filmed by David Gordon Green. Dale Denton, played by Seth Rogen witnesses a murder taking place. While fleeing the crime scene in a hurry, Dale leaves behind a particular strain of weed called Pineapple Express. He then goes to his dealer Saul Silver, played by James Franco, who tells him that he is the only one who sells that strain. This enables the bad guys to chase the pair down. The rest of the movie follows Dale and Saul trying to escape from the hitmen and even a corrupt police officer in order to save their own lives.

The movie was shot in California, primarily in and around Los Angeles. Here are the exact locations.

A military facility is shown at the very beginning of the film, and this was shot at the Ahmanson Ranch. The property now goes by the name of Upper Las Virgenes Canyon Open Space Preserve, and it is situated near Simi Hills in Los Angeles. Furthermore, the lab in which the marijuana experiment is being carried out is actually located at 5215 Torrance Blvd. This used to be the building of the South Bay Daily Breeze Newspaper. Even the scenes in the end that feature the marijuana lab were filmed here.

The audience is then introduced to Dale Denton, a process server. While he is driving around town, a distinct McDonald’s is seen in the background. This is their oldest outlet and is located at 10207 Lakewood Blvd in Downey. It turns out that Dale is actually dating a high school student named Angie. The school used for these scenes is University High School, and it is located at 11800 Texas Avenue, in West Los Angeles. Angie’s house, on the other hand, was made on the set of Downey Studios, which is located at 2214 Lakewood Boulevard.

After a visit to Saul, Dale heads over to Ted’s house and he could be a potential client. There, Dale witnesses a murder, which is basically when the movie kicks off. Ted’s house may seem familiar because it is actually the Rodriguez House in Glendale. Its exact address is 1845 Niodrara Drive. In fact, it is a historic house that was constructed by architect R.M. Schindler in 1941 for writer/composer Jose Rodriguez. 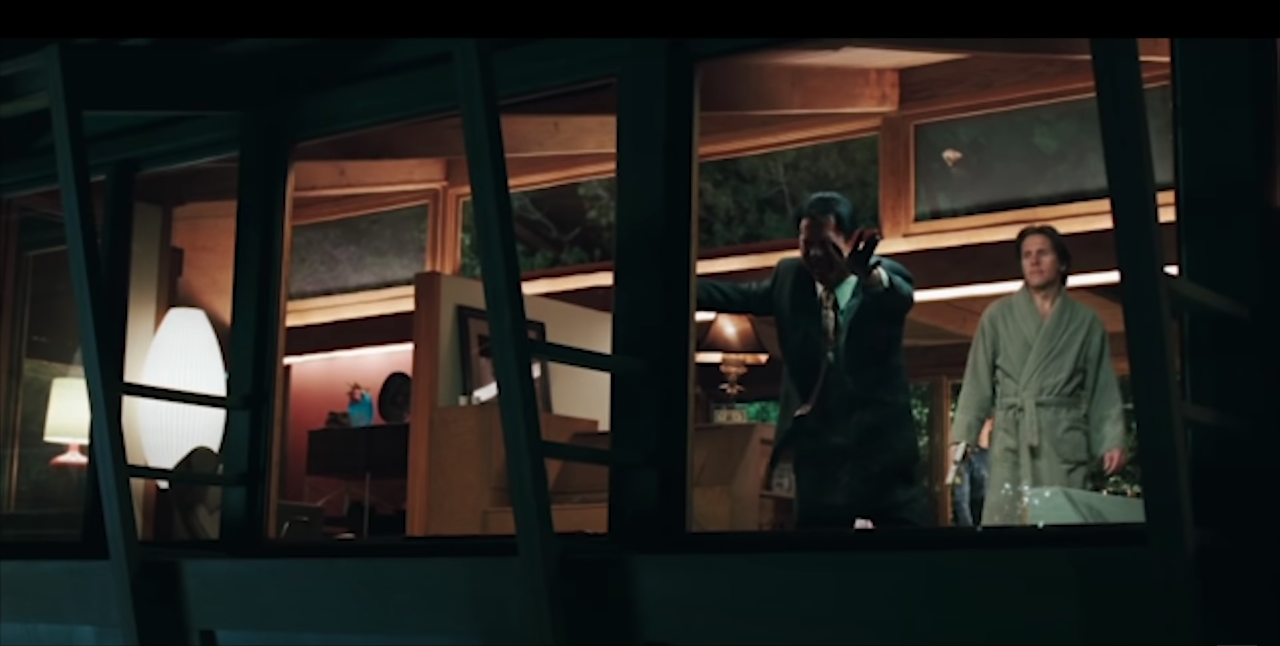 Dale goes back to his drug dealer’s house to recount the incident that just took place. There, Saul tells him that the strain that Dale left behind is called “Pineapple Express” and he is the only one who sells it in town. Thus, Ted can easily trace it back to him. This conversation takes place in the apartment that, in real life, is located at 118 N. Westmoreland Ave. Another prominent character in the movie is Red, Saul’s supplier, and his residence is actually located at 2817 Dalton Ave in Los Angeles.

North Hollywood was also featured in prominent scenes. Saul and Dale proceed to smoke some pot in an alley behind Laurel Canyon Blvd., which is also where we see the crazed rabbit wall mural. In fact, the scene where the female cop arrests Dale for smoking pot with kids was also filmed there. In the meantime, Saul comes back with some food and runs into that very police car, which is exiting the premises on Sylvan Street. The epic police chase that happens after Saul steals the car was also filmed in the surrounding areas.

The project server and his drug dealer have a fight and part ways. Saul then heads over to his grandmother’s retirement house, where the goons are already waiting for him. This scene was also shot at the former newspaper’s building, albeit in the atrium. The barn shown towards the end of the film was specially constructed for the movie and was also stationed at the Ahmanson Ranch. Dale, Saul, and Red reconcile and converse about their adventures at a diner in the climax. This scene was shot at The Rock Store, located at 30354 Mulholland Highway.