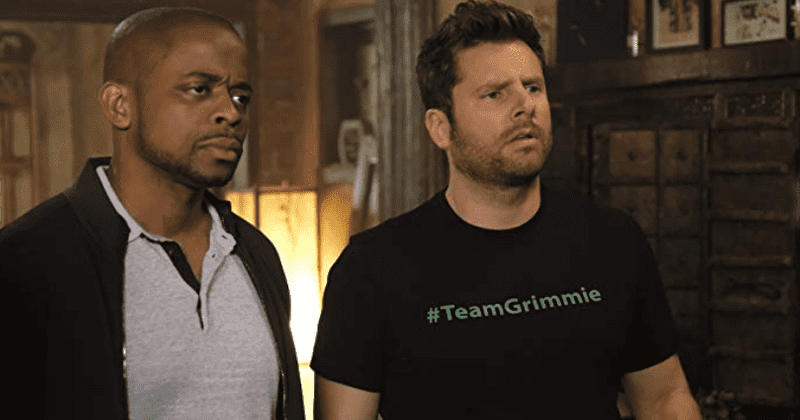 Very often, an entire television show is simply not enough for fans of the series. Fortunately, sometimes, an entire television show is not even enough for its makers. That is the reason we have reunions, spin-offs, and reboots. ‘Psych: The Movie’ is a 2017 TV comedy film that is based on the detective comedy show, ‘Psych.’ In what can be considered to be a double-whammy, ‘Psych 2: Lassie Comes Home’ is a film that is a continuation to ‘Psych: The Movie.’ It can be watched on Peacock.

The plot takes place after someone shoots Lassie. Recovering from the shot, Lassie notices strange things in his clinic. He starts to think that there might be a presence of ghosts. Hence, Shawn and Gus are happy to step in and be of service. The characters of Shawn and Gus are reprised by James Roday and Dule Hill. Other cast members include Sarah Chalke, Joel McHale, and Maggie Lawson.

Filming for ‘Psych’ was not actually carried out in Santa Barbara. Instead, the movie has mainly been shot in Canada. To be more specific, shooting was carried out in the region of British Columbia. Canada has been witnessing a lot of filming projects of late. The credit to that ought to be given to the country’s lucrative tax credits system. It allows producers to cut down on their filming costs considerably Moreover, it helps diversify the nation’s local economy.

The filming of Psych 2: Lassie Comes Home was mainly carried out in the Greater Vancouver area. For instance, there is a Norwegian Vodka ice bar that is quite prominent in the film. The scenes are filmed at an actual bar in Fraser Valley.