Where Was Public Enemies Filmed? 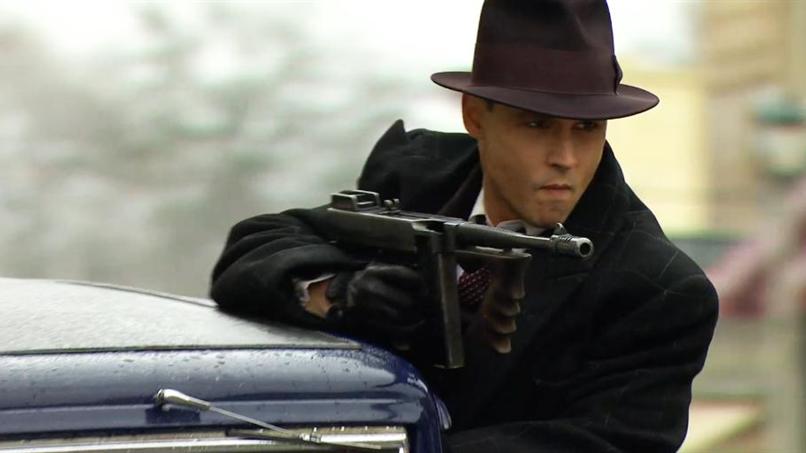 ‘Public Enemies’ is an enthralling crime thriller in which Johnny Depp anchors the role of John Dillinger, a renowned American gangster during the Great Depression. Although the movie takes plenty of historical liberties, its vigor and charm come from the relevance of its period setting and of course, Depp’s performance. Speaking of the movie’s setting, as you might have already noticed, it takes you through several different locations throughout its runtime to mark all the right milestones in John Dillinger’s scintillating journey. So, in case, the movie got you wondering where its filming took place, here’s the answer.

The filming of the movie kickstarted in Columbus, Wisconsin. Soon after this, many other renowned cities of the state including Oshkosh, Beaver Dam, Darlington, Milwaukee, Madison were added to its long list of filming locations. One big reason why Wisconsin was chosen as a filming spot is that the state has several historical buildings that held relevance in the movie’s setting. Moreover, the director of the movie, Michael Mann, was once a student at the University of Wisconsin–Madison. This familiarity with it allowed him to meticulously look for relevant locations in the cities of Baraboo and Columbus and even arrange vintage cars through collectors in the Madison.

The shooting of ‘Public Enemies’ in Indiana was carried out in the old Lake County jail in Crown Point where according to the legends surrounding Dillinger’s escape, he used a wooden gun to fool the jail’s officers.

Here are a few more stills posted by a fan who met him during the movie’s shooting in Wisconsin:

“We waited all day May 13,
12 years ago to meet the warmest ❤️ hearted person!!! He was filming Public Enemies in Wisconsin! My girls dream came true that day!
📸Via:Nina Allen Facebook🙏❤️
(May 13th, 2008) #DeppDreamsComeTrue ✨ pic.twitter.com/WkA3Xz0ek5