Where Did ‘S.W.A.T.’ Filming Take Place? 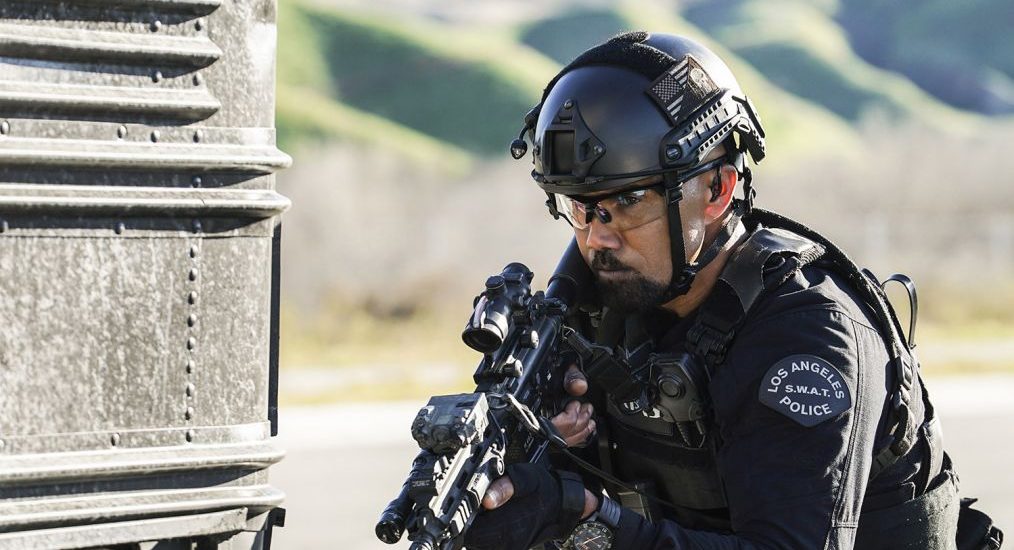 Based on the 1975 series of the same name, ‘S.W.A.T.‘ does not hold back on the action as the team goes in gun ablaze, to save the day. The CBS show focuses on Sergeant Daniel “Hondo” Harrelson, a Los Angeles local, who was formerly a Marine. Hondo is tasked with leading a new Special Weapons and Tactics unit.

Being born and raised in LA deepens Hondo’s sense of loyalty to the community and his brothers in blue. As a result, he has the perfect skillset and mindset to lead the team. ‘S.W.A.T.’ exists in the same shared universe as ‘The Shield‘.

Gunfights, explosions, and chases, ‘S.W.A.T.’ has them all, as the streets of Los Angeles turn into a battleground in the show. The team of operatives is present wherever they are needed. Naturally, while following them, we come across some pretty interesting locations ourselves. Now, viewers might wonder where these places are, and where ‘S.W.A.T.’ has been filmed. We have got you covered in that regard.

Since ‘S.W.A.T.’ is based in Los Angeles, most of the scenes have been shot within the city itself. Naturally, this proves to be difficult at times considering the permits required, and the amount of traffic the city sees. People involved in selecting locations for the show have spoken about how they have to plan out scenes, especially ones involving explosions on the road, or other such high-octane action.

Reportedly, Vernon City Hall serves as the S.W.A.T. headquarters, while quite a few scenes have also been shot in Santa Clarita Studios in California. While most television shows do not prefer globetrotting, to remain within their budget, ‘S.W.A.T.’ does not hold back on the punches. Thus, one of the episodes has also partly been filmed in Japan, because that’s where the story took the characters.

Now, without further ado, let us get into the details of the filming locations.

The city of Los Angeles features most prominently in ‘S.W.A.T.’ since the team operates there. Among some of the places in the city where the show has been filmed are, S/S W 2nd Street, Harvard Boulevard, Normandie Avenue, Kingsley Drive 2nd and 3rd Street, E/S Harvard Boulevard, and 6th Street Wilshire Boulevard. You can check out the rather disgruntled post from an individual, who found parking to be difficult due to filming going on in these locations.

@swatcbs @CBS #NoParking on my street because of #SWAT #TVSeries filming! #boycott @swatcbs & sponsors. Never watch @swatcbs again! #Fcbs nice to have minorities on your show-then you come 2 poor neighborhood & take all the parking 4 3 DAYS! pic.twitter.com/9sRNSA9lXT

The series does have some iconic scenes, including an epic chase with helicopters, explosions, the whole shebang. A lot of thought went behind the location selected because a large area would have to be closed off, and this area needed to be close to a base large enough for the crew to set up an operations center. Ultimately, Reef LA Mart’s parking lot was chosen for the place the explosion would happen. The run-up to the explosion is filmed on S. Main and S. Broadway. Roughly 18 blocks were closed off for the scene.

The people involved in the show also commented on how they try to get LA’s urban texture, by including shots of the iconic LA skyline. The idea is to shoot Los Angeles and capture iconic places. One of the rooftop chase scenes has been shot in Venice Beach, while a car chase scene has been filmed on Vine Street, right in front of the famous Capitol Records Building. Long Beach, the South Bay, and Westside are some of the other locations where ‘S.W.A.T.’ has been filmed. You can check out a behind-the-scenes look at the show, being filmed on a Los Angeles beach.

The members of the S.W.A.T. team often undertake dangerous missions on the show, and a hostage situation is one of the trickiest. In an episode, a hostage situation unfolds in a college called Camden College. While this college might be fictional, the scenes have actually been filmed at California State University, Northridge (CSUN). The beautiful campus, the architecture, and the willingness of the university authorities to help out have made the place well-liked for television shows.

Around nine locations on campus appear in the show, including the Johnson auditorium. Notably, CSUN has also been used as a location for other popular shows like ‘Supergirl‘ and ‘Lucifer‘. You can check out the post below, to see filming commence on campus.

No its not a school shooting or a bomb threat. @CBS filming new TV series @swatcbs on CSUN's campus. @dailysundial pic.twitter.com/1yIoZ4LaiF

Fist bump! Only a few hours to go until the season premiere of #SWAT. 🤜 🤛

As for the other filming locations in Santa Clarita, some scenes have been shot in the residential area of Newhall. Local reports suggest that the crew set up on 24433 and 24419 Cross St. Apart from dialogues, there were mock weapons, firefights and police vehicles at the scene. Cross Street, between 8th Street and Market Street, was closed down as a result.

‘S.W.A.T.’ goes global with one of the episodes where the members are part of a manhunt in Tokyo, when the extradited fugitive they escort to Japan, escapes local custody. Shemar Moore, who plays the show’s protagonist, and is known for ‘Criminal Minds‘, shared a post about wrapping up filming in Japan. Check it out below.

We picked up an extra band member in TOKYO 😎😜 …. Thank you to our Tokyo crew for ALL of your HARD WORK in making this such a seamless and successful filming experience in Japan!!!! #SWAT OUT ✌🏽✌🏽

In conclusion, it is evident that the grand scenes we see in ‘S.W.A.T.’ involve a lot of planning and deliberation, not to mention flawless execution. Locations are primary because the action plays out there, and the places have to capture the urgency of the story and the essence of the show. Accordingly, the series has been filmed in Los Angeles, Santa Clarita, and even in Japan. Each of these locations has only served to highlight the action playing out, making ‘S.W.A.T.’ an immersive and enjoyable experience.