Where Was ‘The Ghost Bride’ Filmed? 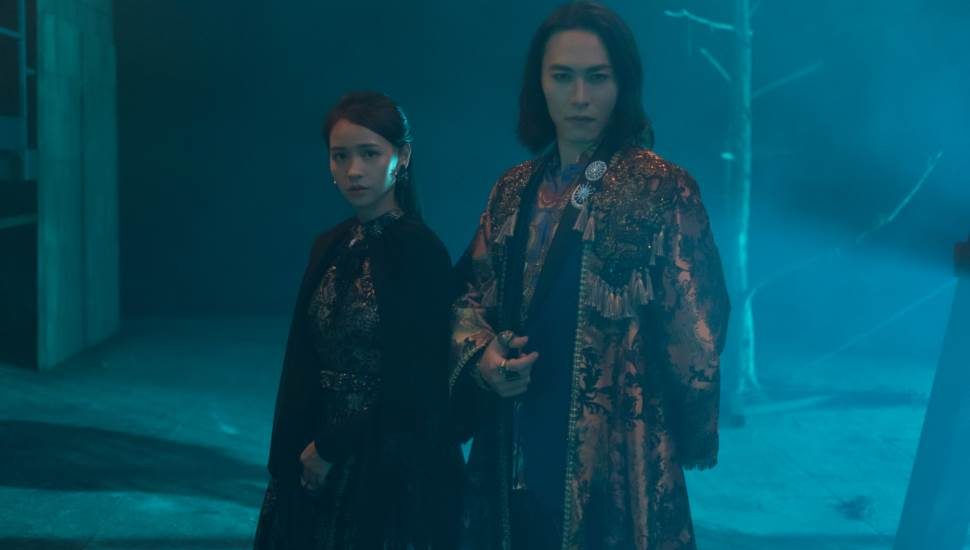 Netflix is constantly on the lookout for new content, and its repertoire of original shows makes it one of the most-loved platforms in the world. ‘The Ghost Bride’ is another offering from the streaming giant, which happens to be based on Yangsze Choo’s novel of the same name.

The show is set in 1890’s Malacca, as we see a Malaysian Chinese woman, struggling with her family’s debt. She has the chance to get out of this jam by accepting the marriage proposal to a boy from a wealthy family. The only caveat is that the boy is dead.

A ghost wedding is a common Chinese tradition, where one or both parties are dead. The idea is that those who die unmarried, are not left alone in their afterlife. However, upon accepting this offer of marriage, Li Lan, the woman, finds herself embroiled in a dangerous supernatural situation. Not only does she have to deal with a murder mystery, but also with otherworldly matters which are beyond her control and comprehension.

The gripping tale happens to be the first Netflix Mandarin original from Malaysia. Naturally, the series represents the customs there, while portraying both the real-life and supernatural surroundings in Malaysia, with utmost finesse. As a result, you might be wondering about where ‘The Ghost Bride’ has been filmed, and we have got you covered in that regard.

Being a show based in Malaysia, the cast and crew have gone for absolute authenticity and filmed the series there itself. Ho Yu-hang, the co-director, spoke about the research that went into the show, saying, “Quite a bit of research went into the series. Obviously this was the first thing we had to do. We tend to do our research so that we’re over-prepared. However, we’re also aware that we’re not making a historically accurate story. We’re making a supernatural romance that also has an element of fun.”

Once the research was done, it was easier to zero in on the places where they wanted to film the series. The idea behind the choice of locations is to keep the tone slightly modern. Moreover, the intention is to have a show steeped in Malaysian customs, but relatable globally. Accordingly, the spots have been chosen, using studios when needed. Now, let us walk you through the details of the filming locations of ‘The Ghost Bride’.

The crew went all across Malaysia to film ‘The Ghost Bride’. Some of the locations include Perak, Penang, Johor, Taiping, and Ipoh. According to what co-director, Quek Shio-chuan said, “…the majority of filming was done in Iskandar Puteri, Johor Baru. It is set in Melaka, but so many of the heritage sites we filmed in were so well-preserved and suited the era. We had references that we could replicate”.

Ho added to this, saying, “We did a pretty extensive recce and Malaysia has a lot of cool places to shoot. Not just Penang (Island) but places like Butterworth and we shot there too. I didn’t know these places existed, there’s still a lot of unexplored territory”.

The choice of locations allows Malacca to be portrayed in a dreamlike manner, showing busy streets, characters traveling by trishaw, and idyllic scenes through fields. Ultimately, the locations help capture the essence of the Peranakan culture of Malaysia, and the directors have said that there will be a bit of Bahasa Malaysia in the dialogue, in order to reflect this setting.

You can check out castmember Ludy Lin’s celebration of wrapping up filming in Malaysia, below.

Ghost Bride is wrapped. It was spectacular to work on it in Malaysia where the original novel by Yangsze Choo. Our crew was as diverse as they are beautiful and talented. Kudos to Netflix for adding a Mandarin Original to their story palette. Watch out for it soon! pic.twitter.com/ZP6WvSeSuu

While the warm tones, colors, and vibrancy of Malacca have stemmed from smart location choices, understandably, the darker and somber tones of the underworld have been recreated in studios. In this case, ‘The Ghost Bride’ has made use of Iskander Malaysia Studios, which used to be Pinewood Iskandar Malaysia Studios.

Ladies and gents, we present to you Malaysia's finest designs, on the fine men of The Ghost Bride. Whose team are you on? 😉 The series revolves around Melaka's Peranakan culture and features a collaboration between Malaysian and Taiwanese cast and crew. Recently, we teamed up with Malaysian photographer @biboaswan and fashion stylist @minluna for a glam shoot with the show's main actors Wu Kang-jen, @ludilin and @kuangtian_0 in Taiwan. The stars you see here are dressed in Malaysian designs, from top to toe. Just look at them working those looks by @emin_madrosa, @kitwoo, @atelierfitton, @sbahar.my, @fiziwoo, @yokeandtheam @naladesigns, @talesocks, and @zeveshoes! The Ghost Bride is our first Chinese Netflix Original Series that is based on Malaysian author's Yangsze Choo's best-selling novel of the same title. #malaysiaboleh

With numerous film stages of varying sizes, as well as a water tank for productions that need some work on or underwater, Iskandar Studios is also located in Iskander Puteri, where most of the show is filmed, increasing ease of access. This obviously makes it the perfect choice for the Netflix show.

In conclusion, ‘The Ghost Bride’ has used ample locations in Malaysia to capture the culture and thus the essence of the series while relying on the studio system to execute the supernatural elements that make the show so immersive.