Where Was The Girl With the Dragon Tattoo Filmed?

‘The Girl With the Dragon Tattoo’ is a psychological crime thriller directed by David Fincher. It stars Daniel Craig and Rooney Mara in lead roles and is equally supported by stellar actors like Christopher Plummer, Stellan Skarsgard, and Steven Berkoff. Critically acclaimed upon its release, the film is considered one of David Fincher’s best works. Based on Stieg Larsson’s eponymous novel, ‘The Girl With the Dragon Tattoo’ is a thriller with dark and broody undertones depicting the chicanery of the Swedish society’s rich and powerful. The film’s exotic yet gloomy locations evoke curiosity about where filming took place, and hence we decided to do some digging. So here’s what we found out about the locations!

The Girl With the Dragon Tattoo Filming Locations

David Fincher wanted to create a setting for the film true to the novel’s description. Aided by the marvelous cinematography of Academy Award-nominated Jeff Cronenweth, the film was shot extensively in Sweden, and parts of it were filmed in Switzerland, Norway, the United Kingdom, and the production houses of Paramount and Sony Pictures located in California. Here are further details!

As the story is set in Sweden, ‘The Girl With the Dragon Tattoo’ was filmed in Stockholm and other parts of the country like Sodermanland County, Uppsala, and Vasternorrland County. The fictional Hedestad train station is shot in Solleftea, which features prominently in the film. The accident sequence after which Henrik Vanger finds his niece Harriet to be missing was shot in Segersta. The Stockholm Court House, in the central part of the city, is also a prominent location where the film was shot.

omg, I had to past up a stunt double gig for the new girl with the dragon tattoo movie, being filmed in Sweden. FML!!!!!!!

The scenes involving the Vanger Estate were filmed in the Hofsta Manor, Bjorkvik, to give an archaic yet sumptuous feel to the Vangers’ lifestyle. Salander’s apartment and the cafe where she converses with Mikael Blomkvist was filmed in Stockholm’s Sodermalm district. The film’s locations placed Stockholm firmly on many film buff’s travel map as many organized tours take one through all of these places in Sweden.

The airport montage sequence featuring Rooney Mara was shot at the Olso Airport in Norway. According to reports, Fincher claimed that it was difficult to shoot in Norway because of sundry hassles, which the authorities later refuted.

The Dolder Grand Hotel in Zurich, Switzerland, served as the location for the scene featuring Lisbeth when she arrives at the Zurich airport and checks into a hotel. Lisbeth then goes to a bank, which was filmed at Bank Sparhafen in Zurich. She moves to another bank- a regional office located in Lindenhofstrasse 19, Zurich, but it was filmed in such a manner that its actual facade was changed. Lisbeth is seen leaving by train. This sequence was filmed at Zurich Hauptbahnhof, Banholfplatz.

Spotted the fab Dolder Grand Hotel, Zurich in The Girl with the Dragon Tattoo. Think I might have even stayed in the same room! @DolderNews 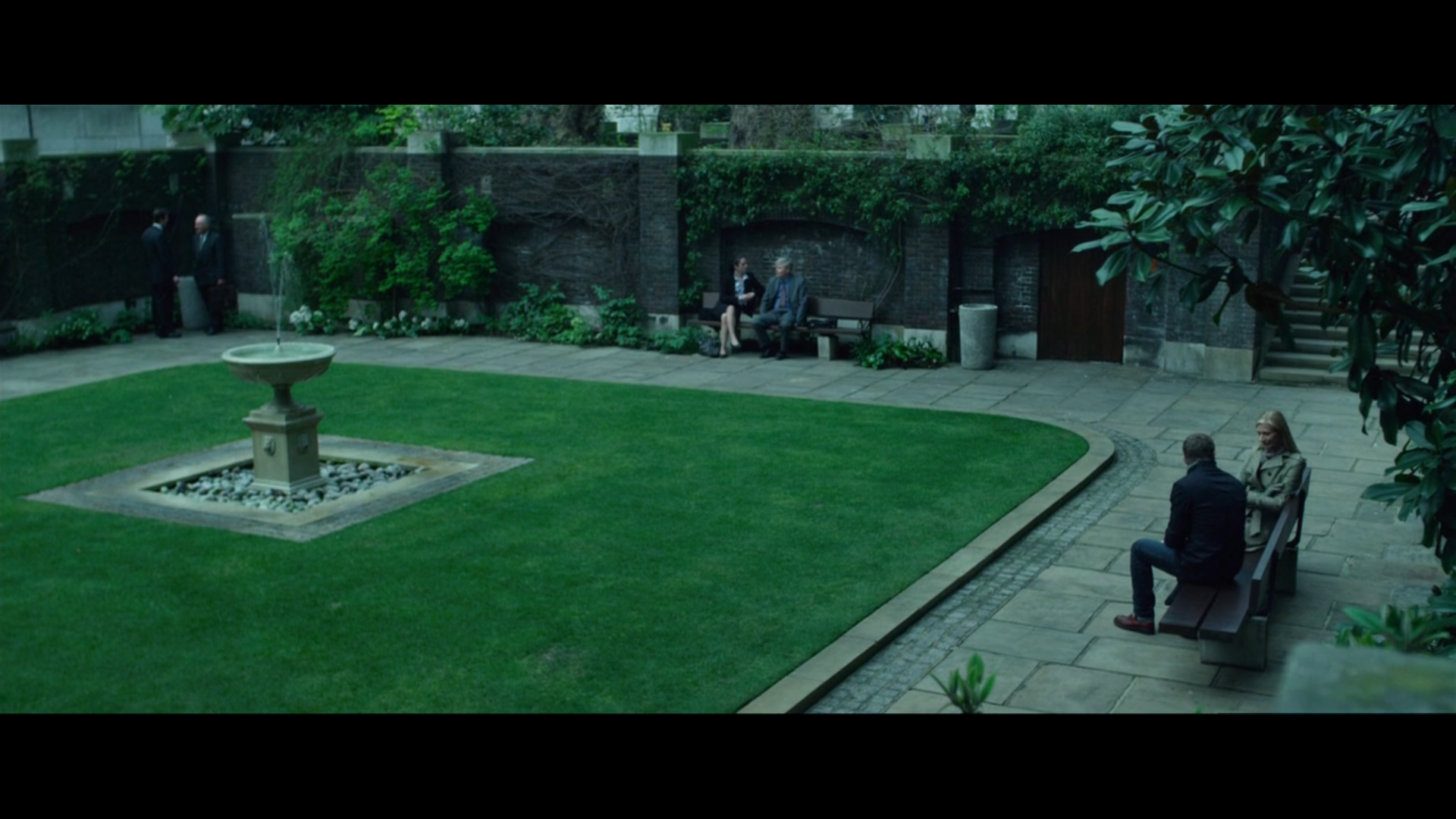 Mikael Blomkvist visits Anita Vanger in a lush estate which was actually filmed at Victoria House, Bloomsbury Square, London. In an additional part featuring Gresham Street, London, we can see Blomkvist and Salander conversing in a somber surrounding.

Donald Graham Burt, the film’s production designer, had to carefully design the interior of Lisbeth Salander and Mikael Blomkvist’s residences. He constructed the sets at Paramount Studios in Los Angeles and Sony Pictures Studio in Culver City, California. The sets provided Burt with the prerequisites to translate the directorial vision of the film’s characters.