The new year cannot get any better for horror movie lovers as it kickstarts with ‘The Grudge‘ making its visit again. This time a lot more terrifying and grisly than we remember it. There is no doubt that horror as a genre has the power to cross cultural boundaries. ‘The Grudge’ film series is the best case at point for this as it marked the wave of Japanese horror in American cinema with ‘Ju-On: The Grudge’, directed by Takashi Shimizu.

The latest installment of the series, takes a step away from the previous ones, and introduces a new cast and crew. The film is directed by Nicolas Pesce, who has been critically acclaimed for both his previous horror endeavors, ‘The Eyes of My Mother’ and ‘Piercing’. It stars Andrea Riseborough, Demian Bichir, John Cho, Betty Gilpin, Lin Shaye and Jacki Weaver.

Pesce’s ‘The Grudge’ promises something new, something different, and a whole lot darker from what we’ve experienced earlier. The film serves as a purely American reimagination of the horror saga. It can be considered a reboot, but Pesce likes to describe it differently. The film definitely borrows a lot from the previous installments, but he stresses that they are “not rehashing the same story”.

Instead, Pesce describes it as a “sidequel” as it runs parallel to the 2004 version, timeline wise.  But ‘The Grudge’ is set in a suburban American town, unlike the cursed house in Suginami in the previous ones.  The director also claims that it would be the most disturbing installment in the series till date, and we honestly can’t wait to be horrified. But if you’re wondering where this American reimagination of the classic Japanese horror was filmed, and why, you’re at the right place. Here’s everything we know. 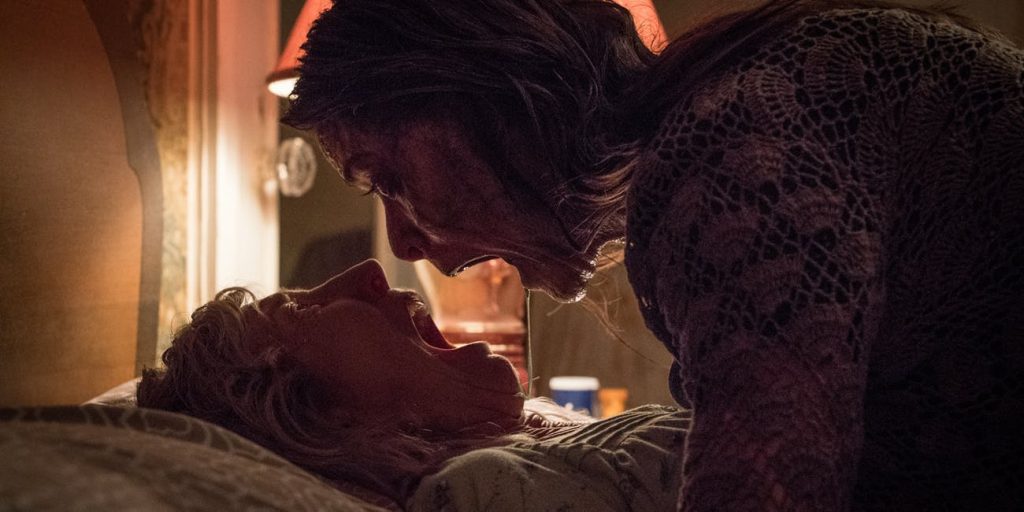 ‘The Grudge’, as mentioned above, serves as a complete American reimagination of everything the J-Horror series stood for. So, we can definitely expect several cultural differences, along with the characters, the curse, and the setting. As the film is set in a cursed American Suburban house, it was shot on location, but in Manitoba, Canada, in order to give it a familiar but nonspecific North American vibe. The principal photography for the film began on May 2018, and concluded in June 2018.

Pesce’s ‘The Grudge’ is set in a small suburban community called Cross River. This becomes relevant as he grew in the New York suburb of Cross River. The reasons for him to choose a suburbia instead of city were based on his own experience of living in one:

“I grew up in the suburbs of New York and when you’re in somewhere that feels like the middle of nowhere, and something has happened and your mind is playing tricks on you, it’s far more terrifying to not have people around, to not have neighbours within close reach.”

The cursed house in the community is 44 Rayburn Drive that makes references Takashi Shimizu’s ‘4444444444’, often considered the forerunner to his ‘Ju-On: The Grudge’. Both Rayburn Drive and Cross River are fictional, but also general, in order to create an American suburbia that anyone could relate to.

It was for these reasons that film was shot almost entirely Winnipeg, Manitoba as its spaces were ideal to create the familiar but nonspecific North American vibe. Winnipeg is considered to be film-friendly, with great resources and accessibility. But  Manitoba was particularly an ideal location for ‘The Grudge’ because of its wide-open spaces that have a quality of isolation and dread, which works brilliantly in horror. In an interview, Pesce stated:

“The movie takes place in a kind of town that could be any suburb of any city in America, and there’s that quality to Winnipeg”

Along with this, certain run-down sections of the suburbia were particularly used for the filming of ‘The Grudge’ that gave the film’s setting a darker, desolate vibe, with its old, spacious, and empty locations. But as mentioned by Zachary Galler, the director of photography for the film, the shooting was equally challenging as most of it had to be filmed at night, during Canadian summers which are known for their long days and really short nights.

The shooting for the film, shifted it location from Winnipeg to Selkirk sometime in June. Here, the production team took over the former St. John’s Cathedral Boys’ School. St. John’s was a boarding school which was shut down in the 1990s after it struggled for funds and credibility due to an infamous canoeing disaster.

The production team transformed the school, particularly its basements into evidence dungeon of a police precinct. The main building serves as the police station. The setting becomes important for the film, as it centres around Detective Muldoon (Riseborough) and Detective Goodman (Bichir), trying to crack open the case surrounding the murders in house 44, and inevitably becoming a part of the curse. It is the setting where the characters come face to face with the horrifying, grisly-looking spectres.

Read More: Is The Grudge Based on a True Story?