Where Was ‘The Hunt’ Filmed?

Horror has put on its socially aware pants, and Blumhouse seems to lead the way with this recent horror renaissance. The studio has consistently been producing low-budget genre films that serve as important social and political commentaries. It already has films like ‘Get Out‘ and ‘The Purge‘ to its credit. And with the recent ‘The Invisible Man‘, it has left its mark in horror in 2020. But the studio’s latest endeavor might either leave you feeling either triggered or fascinated.

2020’s ‘The Hunt’ is undoubtedly amongst the most controversial movies to be released this year. You may love it or you may hate it, but you definitely won’t stop talking about it. After all, ‘The Hunt’ serves as sociopolitical commentary on American politics, class divide, and white supremacy. But the film’s human hunting premise is what made it the most talked about film in the past months.

‘The Hunt’ centers around 12 supposedly blue-collar conservatives who find themselves in an isolated Manor House. Soon, they realize that the group has been chosen to be hunted by wealthy liberal elites as sports. A part of the mystery for the group, particularly Crystal, is to figure out where exactly are they. The Manor House certainly plays a pivotal role in the film. We also see an eerie small town filled with endless fields, forests and railway tracks.

Since ‘The Hunt’ is primarily about hunting and being hunted, spaces play a key role in portraying the physicality of both fear and control. In case you’re wondering where the Manor House and the eerie nameless town are located, here’s everything we know. 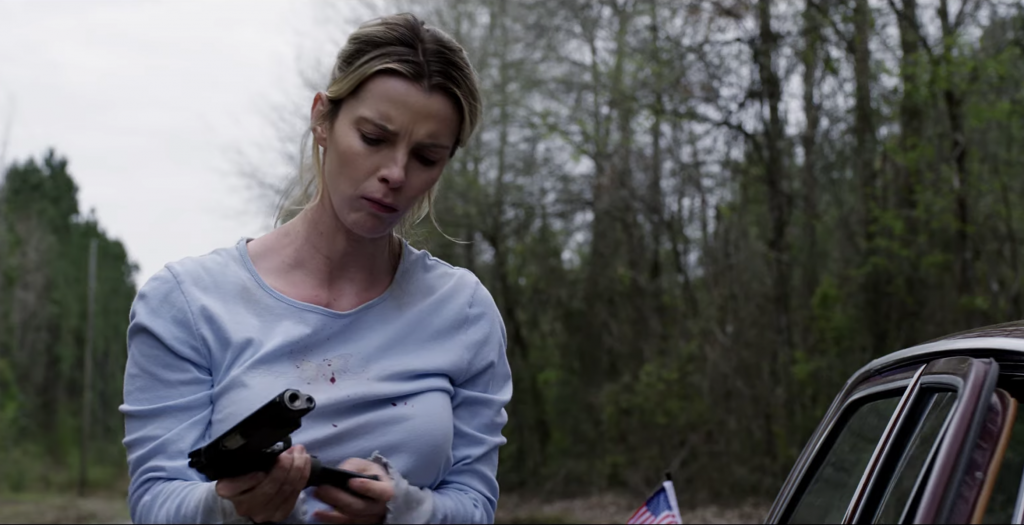 Certain aspects of ‘The Hunt’ separate it from your usual horror movie. Part of it is definitely its premise. Instead of focusing on supernatural entities, the focus is on the perverse effects of power and wealth. The film supposedly satirizes both liberals and conservatives with its fictional game of human hunting. Another part is how it makes use of its space, especially the vastness of it, which is important due to the premise. It does not rely on darkness like most horror films do, but experiments with light.

In the film, it is revealed that the conservatives are kidnapped from Wyoming, Mississippi and Orlando, all of which are Republican states. When Crystal asks two shop-owners which state she’s in, they reply by saying that she’s in “the glorious state of Arkansas” – another Republican state. Of course, Crystal immediately learns that she’s lying. While the film’s actual location might not matter as much, the areas and locations in the film certainly do, especially because of the politics attached to them. In reality though, ‘The Hunt’ was primarily filmed in New Orleans, Louisiana. 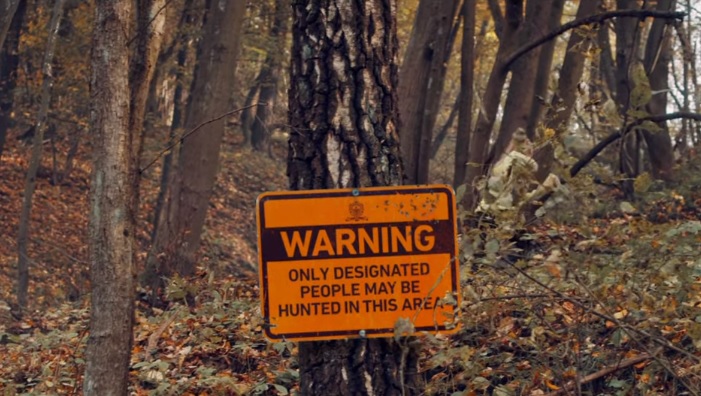 Filming of ‘The Hunt’ began on February 20, 2019, and concluded by the first week of April. The filming took place across New Orleans. Unfortunately, the exact locations have not yet been revealed. But what’s interesting is the choice of the city in the first place. Interestingly, New Orleans is known as the “most-haunted” city in America. The city is believed to have a haunted past and its decaying above-ground cemeteries along with the gothic looking European architecture definitely end to it.

New Orleans’ remotely located mansions and plantations make it all the more eerie, and a great film location for horror practitioners. Though it has not been revealed, it can be safely assumed that some of these must have been used for the filming of ‘The Hunt’ as well, especially with the Manor and the vast fields.

Locations like the Houmas House Plantation, St. Louis Cemetery No. 1 have been featured in horror films in the past. The Evergreen Plantation is also one of many plantations used in such films. It was particularly used in ‘Abraham Lincoln: Vampire Hunter’. But what makes the location so haunting is it has 22 intact slave cabins and can seen as a site of true horror, tragedy and sins.

In the recent years, several episodes of ‘American Horror Story’ have also been filmed in New Orleans. Similarly, another one of Blumhouse films, ‘Happy Death Day’, was also filmed in New Orleans, in Loyola University. While the exact locations used in ‘The Hunt’ have not been confirmed yet, we can clearly see that part of the filming took place around the New Orleans railroads, and the forest area.