Where Was ‘The Mandalorian’ Filmed?

To call the ‘Star Wars’ franchise successful with any superlative would be a disservice to the science fiction series. Not only has it witnessed commercial success, but it has seeped into popular culture with a strong hold. When the first movie, ‘Star Wars IV: A New Hope’ released in 1977, it helped furnish the genre of science fiction into mainstream Hollywood movies and anyone even remotely aware about American films can safely say that sci-fi is one of the most bankable genres even today.

It is referenced in numerous movies and television shows so much that we have lost count. It has also led to multiple parodies in cinema and on television. Just try to remember Ross’ Princess Leia fantasy in ‘Friends’ or ‘Family Guy’’s three-episode tribute to the franchise and you will understand just how deeply rooted ‘Star Wars’ has been in the pop culture.

A fresh trilogy starting with ‘Star Wars: the Force Awakens’ in 2015 was released with great success, pointing out to the franchise’s popularity even today, more than four decades after its first film. Hence, it was really not surprising when Disney announced that it would be producing more than one television series set in the ‘Star Wars’ universe. Fans were obviously quite excited.

Firstly, a prequel to ‘Star Wars: Rogue One’ will be expected to be available for streaming in 2021. It will focus on the character of Cassian Andor that was played by Diego Luna in the 2015 movie. Apart from Ewan McGregor will be reprising his role as Obi-Wan Kenobi in another series that is in the pipeline. Although, details about this new series are not yet known.

However, we do know everything about ‘Star Wars: Mandalorian’, which focuses on a lone ranger belonging to a group called “Mandalorians,” after the fall of the Empire and before the First Order had been established. Although they have not had much presence in the movies, the Mandalorians are said to be significantly important to the world of ‘Star Wars.’ In the fictional universe’s lore, they have had a particularly pivotal history as legendary warriors against the Jedi. Pedro Pascal who is known for having played Oberyn Martell on ‘Game of Thrones,’ stars as the protagonist, a Mandalorian lone warrior. Jon Favreau who played a crucial role behind the camera for Marvel’s cinematic universe wrote and executively produced the series.

All the Star War movies and shows are known for their big set pieces. And often, after the end credits have rolled, we wonder: where was this shot? Well, in case you have the same question after watching ‘The Mandalorian’, we are here to help you. Here’s the list of locations where ‘The Mandalorian’ was filmed? 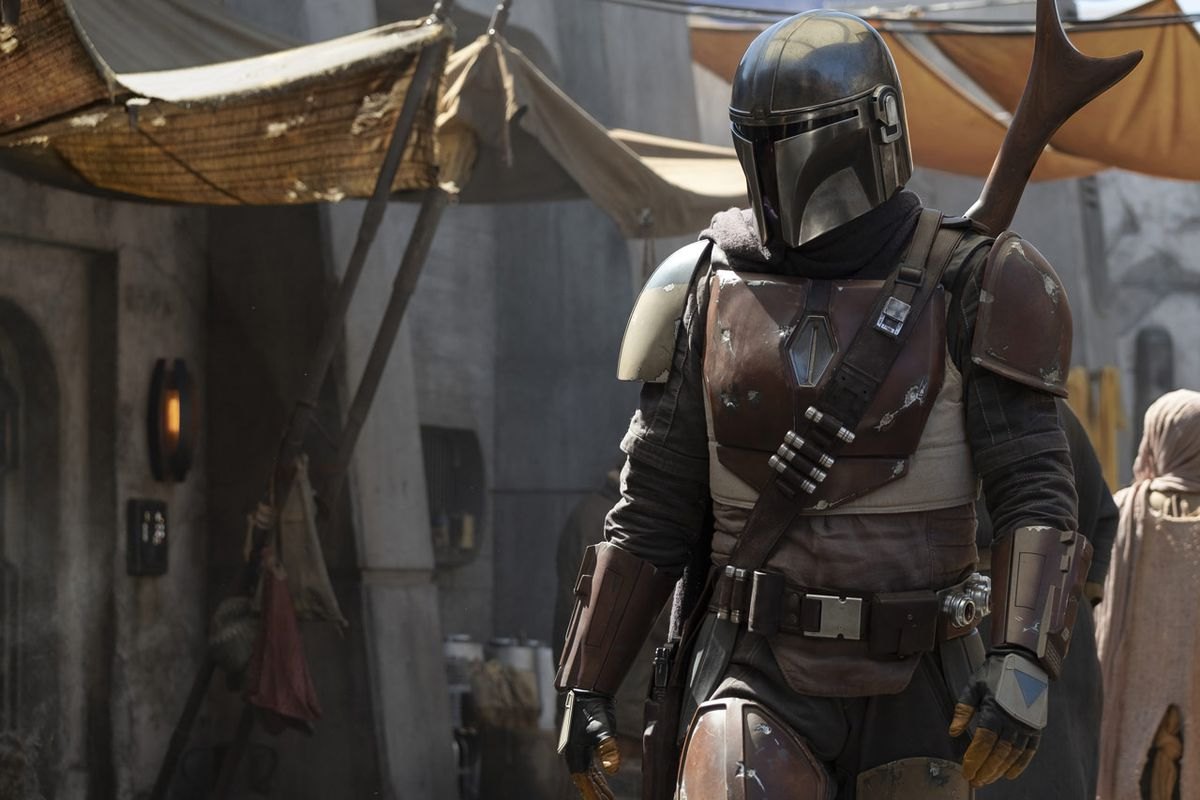 ‘The Mandalorian’ is obviously an epic series, in terms of production value and its scope since it is based in the gigantic ‘Star War’ universe. The show was actually filmed at multiple locations so that its grandiosity could be realized effectively.

MBS Media Campus in California: Another studio where several of the exterior shots were filmed.

Filming and principal photography for the first season is said to have begun in October 2018. On its filming location in Southern California, it was reported that George Lucas, the original creator of the ‘Star Wars’ franchise surprised Jon Favreau by making a visit. While fans were excited to hear the news, their joy was doubled when it was announced that Lucas also had some involvement with Disney’s new television series.

Unfortunately, on 25th October, a major theft took place on the set of ‘The Mandalorian’ in MBM Media Campus. After an investigation by local authorities, it was reported that some highly prized equipment was stolen along with a memory card that may contain some sensitive creative information about the project. Luckily, the incident was not a major one and did not affect the shooting.

Moreover, it was reported that the set for the ‘Star Wars’ series went through several reconstructions. Photos from the filming location revealed a dessert like setting of the fictional planet of Tatooine. On the other hand, what looked like blackened lava on grey suggested the setting of Sullust.

Despite huge sets that were built for the show, most of what we see on our screens is C.G.I. and green screen technology — the primary forms of visual effects that was used in the recent ‘Star Wars’ films for which they received some criticism too. However, Favreau also revealed that he made use of puppets, animatronics and technology similar (but more advanced) to the original ‘Star Wars’ films to lend a similar feeling to the TV show.

Read More: Where to Stream The Mandalorian Online?