Where Was The Night Clerk Filmed? 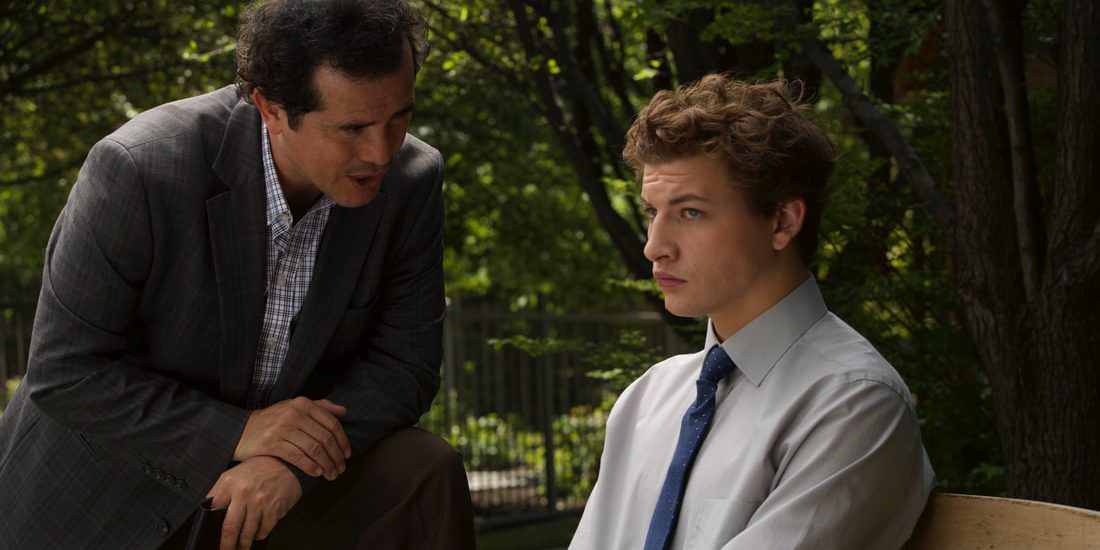 ‘The Night Clerk’ is a murder mystery that follows the story of Bart, a young man with Asperger’s who unintentionally becomes the part of a murder investigation. If you are wary of hotel rooms, then the film adds to that paranoia by giving you a protagonist who likes to spy on people. He is a night clerk in a hotel and has easy access to all the rooms, one of which he has bugged with cameras. His intentions are not as malicious as the act itself, but it is still highly unethical and not at all legal.

The film increases this unsettling feeling by presenting Bart the clerk’s workplace and hometown in a fairly general setting. The city itself is never quite mentioned. Its identity recedes in the shadows as the subject matter takes preference. This generalization allows people to connect to it as the place that could be anywhere, consequently, telling us that such a thing is possible anywhere. But where does it actually take place? Where is ‘The Night Clerk’ filmed? Here’s the answer.

‘The Night Clerk’ is centered on a character who doesn’t have much of a social life. He struggles to have a normal conversation and the desperation to get better at it has led him to spying on people. This feeling of quiet isolation is maintained throughout the film. We rarely find Bart in someone’s company and he is never in crowded areas. This effect is emphasized by limiting the number of people we see on the screen to a bare minimum. It almost feels like Bart and his mother live in some secluded place in the countryside because the city doesn’t seem to house anyone else.

This sparsity of background characters also falls in sync with the dry texture of the place. To get this aspect of the story right, the production found the perfect locations in Utah. The primary filming location of ‘The Night Clerk’ is Salt Lake City and its neighboring towns.

Over the years, Salt Lake City has served as the location for the production of a lot of movies and TV shows. Horror hits like the ‘Halloween’ series and ‘Hereditary’ have been filmed here. Disney’s classic teen drama, ‘High School Musical’, and its sequels, have also employed it as one of their many locations. From films like Jim Carrey’s ‘Dumb and Dumber’ to Danny Boyle’s Academy Award nominated ‘127 Hours’ have also used Salt Lake City as their production locations.

Apart from this, the crew also explored the neighboring towns to find the best locations for the film. Several scenes have been filmed in Tooele, Provo, and Draper. The final scene of the film has Bart finally breaking through his barrier and going out and about in the world, trying to converse with people and putting his study of the hotel guests to good use. This is the first time when we see him in a crowd. This scene holds a lot of importance for the character development of the protagonist, and wraps up the story with a neat bow. It was filmed at the Provo Towne Center Mall at 1200 Towne Centre Blvd, Provo.