Where Was The Personal History of David Copperfield Filmed? 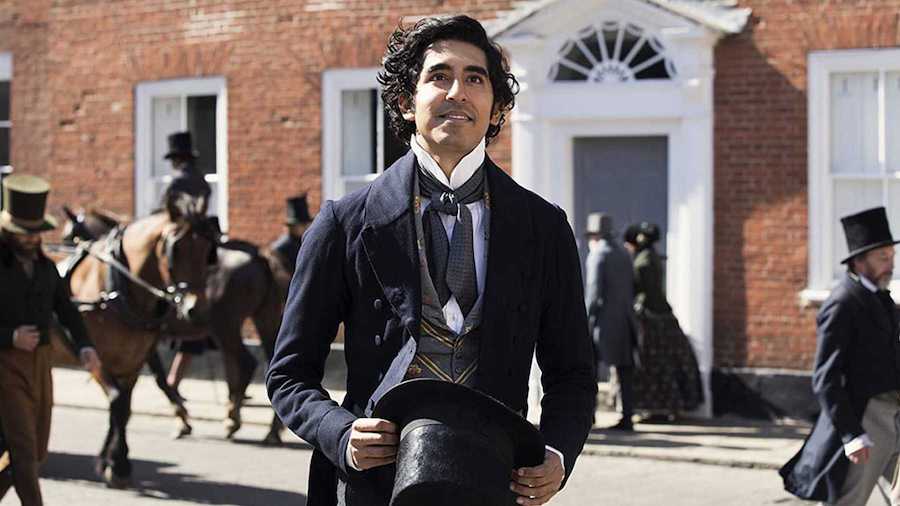 Charles Dickens is one of the most influential literary figures in the world, and one of his most famous stories is that of David Copperfield. The 19th century novel traces the adventurous journey of David from his birth to the time when he finally achieves his dreams. The story is given a fresh twist in Armando Iannucci’s ‘The Personal History of David Copperfield’. Starring Dev Patel in the titular role, the film gives us beautiful backdrops of 19th century England. If you want to know where the movie has been filmed, here’s the answer.

The story of David Copperfield is an adventure that takes the audience through many ups and downs in its protagonist’s life. It starts from his birth and shows us different dimensions of his story, the major events in his life that push him towards his ambition. From Yarmouth to Dover to London, there are a number of places that David has to jump back and forth in order to get a complete sense of his journey. For filming such a variety of locations, the production looked around for the locations that would give the audience a perfect sense of that era. London serves as the primary filming location, with the production also employing the neighborhoods of places like Hill, Weybourne, Bury St Edmunds, and King’s Lynn.

A2: Here in #Suffolk recently, The Personal History of David Copperfield was filmed in our beloved #BuryStEdmunds.

Filming took place outside @AngelHotelBury on Angel Hill where #CharlesDickens stayed on 3 occasions in room 215, known as the Charles Dickens Suite. #travchat pic.twitter.com/PYvXPaw8g7

The story of David Copperfield was recreated in London, with a number of other locations in its surroundings, and beyond, used to film the movie. Some scenes of the movie were filmed on Angel Hill and at The Angel Hotel, which is also the place that Charles Dickens personally visited. Some scenes were also filmed in Athenaeum Lane and Chequers Square. Another location that has hosted Dickens as well as the film adaptation of his favorite work is The Bury St Edmunds hotel.

We've had a sneak peek at the filming in Hull's Old Town for the film set of 'The personal history of David Copperfield. pic.twitter.com/XiTt8scrUz

We've some new additions in the churchyard today, for the filming of The Personal History of David Copperfield! #KingsLynn 🎥 pic.twitter.com/4gRezUva62

One of the key locations of the story is David’s aunt Betsey’s house. The filming for these scenes took place at Bedmond House, near Hemel Hempstead in Hertfordshire. The cobbled streets and the medieval look of Old Town made it an excellent location for filming ‘David Copperfield’, The Maister House, among other places, also features in the film. For Pegotty’s boat house, the crew took to Weybourne, Norfolk, where the beach scenes were filmed. Some scenes were also filmed in Great Walsingham. Berry Hall was used as The Rookery, David’s birthplace.

Filming for “The Personal History of David Copperfield” is underway on Bowlalley Lane next to our offices in Hull. Dev Patel and Paul Whitehouse are shooting scenes for the film which is due to be released in 2019. pic.twitter.com/CDxnmdN45Y

Several locations in Kings Lynn, Norfolk were also used in the film. The UK Customs House, the market town, the waterfront on the River Great Ouse, and Purfleet’s harbour appear in the movie. In Bury St Edmunds, the production also used UK Churchgate Street and Theatre Royal Bury St Edmunds in several scenes of the movie. For David’s boarding school scenes, Dorney Court in Dorney, Buckinghamshire was used. Similarly, production also used several places in Hull, with some scenes shot in Ealing Studios in London. ‘David Copperfield’ was also filmed in Bowlalley Lane and The Land of Green Ginger. The bottle factory scenes were filmed at the disused Wapping Hydraulic Power Station in London.

This time last year, the streets of #BuryStEdmunds were transformed into a film set as filming for 'The Personal History of David Copperfield' took place! While the film is set to be released later this year, here's a sneak peek of what's to come… > https://t.co/MBpz7RC9oZ pic.twitter.com/EjNB7nPuKx

Amazing scenes on #AngelHill #BuryStEdmunds for the filming of the 'The Personal History of David Copperfield'! Our town has been entirely transformed! Great to have the very sight #CharlesDickens stayed and cited in The Pickwick Papers, used in the recreation of his literature! pic.twitter.com/vbmn1QPMxi