Where Was The Professor and the Madman Filmed? 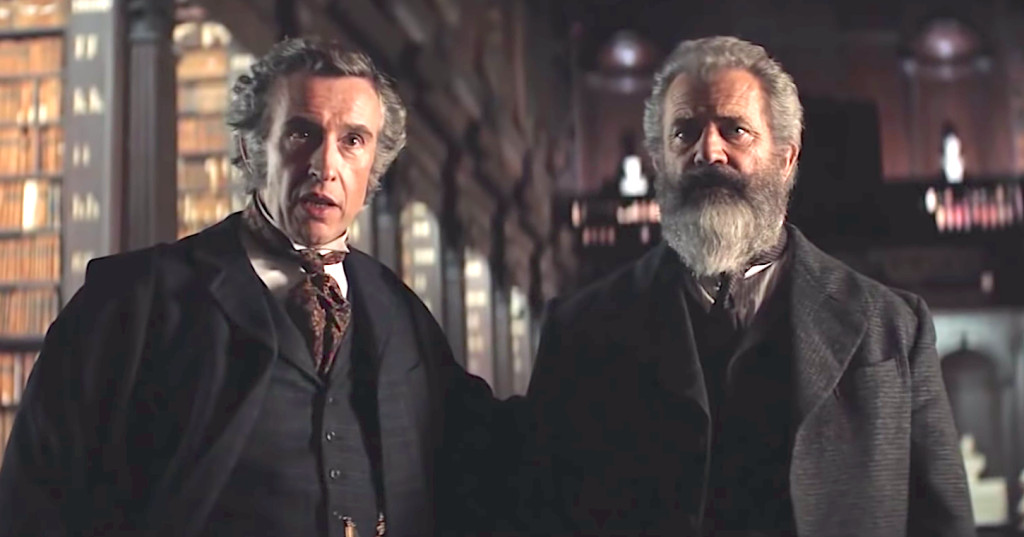 Directed by Farhad Safinia (under the pseudonym P. B. Shemran), ‘The Professor and the Madman’ is a 2019 historical drama based on the 1998 novel ‘The Surgeon of Crowthorne’ by Simon Winchester. The movie follows the true story of friendship between the editor of the very first edition of the Oxford English Dictionary and a retired US Army surgeon living in an asylum after he escapes a penalty for murder on the grounds of insanity.

In order to compile the dictionary, Professor James Murray (Mel Gibson), asks all English-speaking people to send in their contributions on slips of paper. He receives 1,000 slips from the asylum patient, Doctor William Chester Minor (Sean Penn), who is now allowed to keep a tiny library in his cell after saving a guard’s life. The film showcases the difficult life they both have had – Murray, who has no formal education, has to prove his worthiness to be an editor, and Dr. Minor, who has flashbacks of the Civil War, now feels guilty for killing Eliza Merrett’s (Natalie Dormer) husband.

The professor (Murray) and the retired surgeon’s (Dr. Minor) co-dependence is revealed as they both help each other achieve their goals. Their friendship stems from a shared sense of intellect, allowing Dr. Minor to have a sense of sanity and Murray to complete his project. Where did the shooting of this historical drama took place? Here are all the details of its filming locations!

The Professor and the Madman Filming Locations

What was initially meant to be shot in Oxford, England, since that is where the central premise of the film is set, turned into a legal battle between Mel Gibson and Farhad Safinia in a directorial debut, and the production company, Voltage Pictures. Since the film overshot its intended budget and was already behind schedule, the financiers refused to allow Gibson and Farhad to shoot in Oxford for a few days.

Instead, they asked them to finish it at the primary location itself, Trinity College, Dublin. Disappointed, Mel Gibson went to court with his production company, Icon Productions, to stop the release of the final product, but failed. The rifts between Gibson-Farhad and Voltage Pictures led to Mel Gibson disassociating himself from the making of the movie and even refusing to promote the film after its completion.

Dublin, the largest city of Ireland, served as the central location for filming ‘The Professor and the Madman.’ It was mostly shot in 2016 and was halted temporarily after Gibson and Voltage Pictures’ fallout. It resumed later with a new director and screenwriter, Todd Komarnicki. McKee Barracks, an 1888 military installation near Phoenix Park in Cabra, Dublin, is a prominent location for the shoot.

The Professor and The Madman filming on my street today. Out of picture a very grumpy Mel Gibson pic.twitter.com/DmuDNRDB8A

Dublin has also served as the main filming location for the musical comedy ‘Sing Street,’ the fantasy horror TV series ‘Penny Dreadful,’ the romantic drama TV series ‘Reign,’ and the romantic comedies ‘Love, Rosie,’ and ‘Leap Year,’ amongst others. Despite all the disputes, excited locals and crew members captured the making of ‘The Professor and the Madman.’ Check out some behind-the-scenes pictures below!

Mel on location at McKee Barracks for filming of The Professor and The Madman Pic credit deirdrecarbery on Insta pic.twitter.com/QjzEiiGMq8

How time flies. Mel Gibson pictures here being presented with a portrait of when he took part in one of the ⁦⁦⁦@2BdeArtyRegt⁩ field gun rehearsals in ⁦@MckeeCamp⁩ during the filming of the ‘The Professor and the madman’. pic.twitter.com/SjaIaOWJrp

I love using the Timehop App. It gives me nice reminders each day like this one of ⁦@Am_melgibson02⁩ who was made an honorary Gunner by ⁦@2BdeArtyRegt⁩ during the filming of The Professor and the Madman in #McKeeBarracks – Autumn 2016 pic.twitter.com/AmE8AjdWrl