Where Was The Rental Filmed? 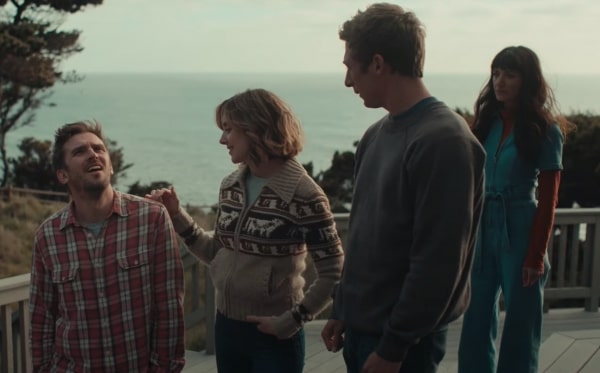 ‘The Rental’ marks Dave Franco’s directorial debut. The horror movie focuses on two couples who go to spend a weekend by the seaside. They plan on celebrating the startup they have just introduced to the world. However, the four vacationers soon realize that the owner of their Airbnb rental is spying on them. What starts as a sneaking doubt turns into a full-fledged fear when they discover there is a killer in their midst.

Franco has described his film as a psychological drama that explores the bonds among the four vacationers as well. At the same time, he taps into the premise where we know the possible dangers of living in a stranger’s house, but do it anyway, due to options like Airbnb. Naturally, the house where the action unfolds becomes as important as any character. Therefore, its location had to be carefully chosen. Are you wondering where the shooting for ‘The Rental’ takes place? We’ve got this covered.

‘The Rental’ began filming in Oregon in April 2019 and continued till June 2019. Among the specific locations, we know that some scenes have been shot in Portland. However, the beach house, where most of the action occurs, is in Bandon.

Franco spoke about the experience, saying to Oregon Live, “the story starts in Portland and then takes place in Bandon. We just wanted everything to feel true to where we were actually filming. And the house itself is obviously an important character in the film.” However, finding the house was not easy. Franco has described how they conducted an extensive search up and down the coast, till they found the preferred spot in Bandon.

Dave has spoken about it, saying, “The vibe of the area is ideal because there’s so much natural beauty, but there’s something ominous about the house itself, perched on the edge of a jagged cliff, and in the middle of nowhere.” The interiors are all filmed inside the house as well. Franco even spent a night in one of the bedrooms to get a feel for the place. He describes the house as being gorgeous during the day. However, after the sun goes down, he got the feeling that someone might be watching him, which is what translates into the movie.

According to Franco, filming in the house “added so much extra atmosphere and beauty to the whole project. It’s so alluring it really makes you want to spend time there.” Obviously, quite a few shots have been along the beaches that the Pacific Northwest is famous for. Check out one such post, below.

The director also mentioned that they filmed for a week in Portland, making stellar use of the city location, and the isolated beach house, to weave a tale of horror.