Perhaps the most American of all film genres is the Western. Western movies, set in the desert, featuring gunfights and horse-rides also prove to be some of the more entertaining ones out there. The genre has led to some extremely successful flicks and one of them is certainly 1993’s ‘Tombstone.’

‘Tombstone’ revolves around the character of the legendary, Wyatt Earp. He is depicted to have become tired of his life wherein he is constantly fighting outlaws. Hence, he decides to shift to Tombstone in Arizona. That is, of course, the origin of the movie’s title. Moving on, after moving to Tombstone, Wyatt runs into a few outlaws that he must eliminate in order to bring peace to the town.

‘Tombstone’ was a financial success upon release, grossing $56.5 million at the box office. It has become a cult classic ever since. The character of Wyatt is essayed by Kurt Russell. Other actors include Van Kilmer, Sam Elliott, and Bill Paxton.

‘Tombstone’ is a Western movie and is set in the Old Western town of Tombstone, Arizona. Hence, filming would have surely had to be carried out in a desert-like setting. Fortunately, the country has tons of such facilities. For instance, there are multiple ranches in California itself that have hosted a large number of productions. So, where was ‘Tombstone’ filmed?

Filming for ‘Tombstone’ was largely carried out in the state of Arizona. Here, filming was mainly carried out in Old Tucson Studios in Mescal. Prominent productions like ‘Little House on the Prairie‘ and ‘The Magnificent Seven’ have been shot here. 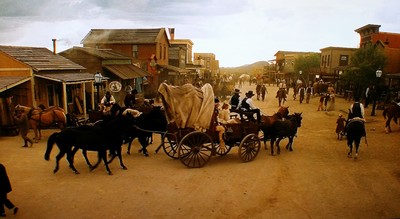 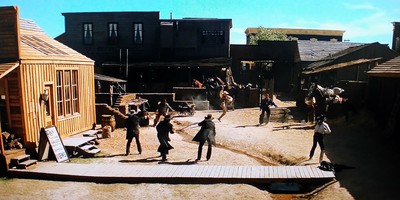 Director, George P. Cosmatos was extremely precise when it came to depicting historical accuracy. The costumes, props, and scenery were selected and used carefully in order to authentically present the story. All the mustaches in the film were real, for instance.