Where Was ‘Underwater’ Filmed?

William Eubank dives into the uncharted depths of our fears with his latest sci-fi horror, ‘Underwater‘. The film is a nerve-shredding and claustrophobic take on the mysteries of the deep sea. It is a known fact that 70% of the Earth’s surface is below the sea. What makes it all the more intriguing is that around 95% of it remains unexplored to the human eye. This makes the depths of the ocean both enchanting and terrifying as there is so much more than what meets the eyes. The Kristen Stewart starrer creature horror feeds on this fear, becoming something of a cross between ‘Aliens’ and ‘The Abyss’.

‘Underwater’ is in many ways a story about survival against the odds, and centres around a team of 6 researchers trapped 7 miles below the ocean’s surface. The team is supposed to be in an underwater Kepler lab for 30 days. But things take a catastrophic turn as a massive earthquake destroys their facilities. The team then takes a life-threatening step and sets out on a precarious journey without sufficient oxygen. But they soon realize they’re not alone as mysterious predators lurk around them. The film stars Kristen Stewart as Norah Price, Vincent Cassel as Captain, and T.J. Miller as Paul. It also stars Jessica Henwick as Emily, John Gallagher Jr. as Liam, Mamoudou Athie as Rodrigo, and Gunner Wright as Lee.

The team behind ‘Underwater’ successfully creates a dark and claustrophobic set-up, as nearly all of the film, like its title, is set underwater. The filming proved to be both incredibly challenging for the same reasons as it pushed its cast and crew out of their comfort zones as they found themselves to be a part of the horrors they were creating. Here’s everything we know about filming of ‘Underwater’.

The filming of ‘Underwater’ took place primarily in New Orleans in 2017, beginning from March. The team decided to not rely as much on visual effects and instead created realistic sets that captured the inherent claustrophobia of the setting, and had the cast, along with the stunts double, actually perform with incredibly heavy scuba suits. Though the exact locations of the sets haven’t yet been revealed, here’s everything we know about them. 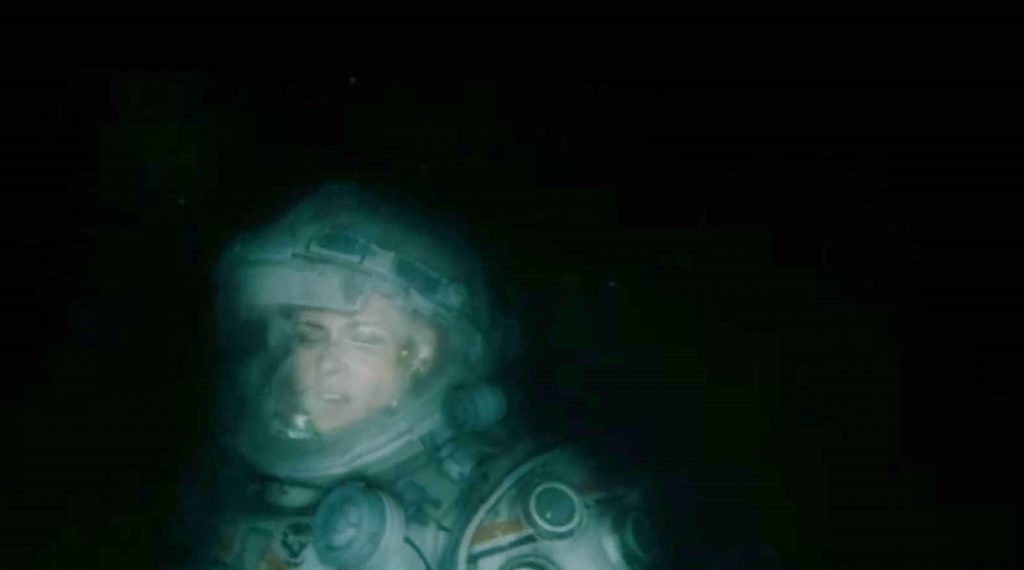 Eubank spoke of how ‘Underwater’ was the coming together of several different technologies and physical challenges. The team wanted to realistically portray the depths of the sea and the inherent fear of the unknown that comes with it. It successfully managed to portray the feeling of being caged in something so vast, but dark and without oxygen, with its production design and cinematography. For this, Eubank worked closely with cinematographer Bojan Bazelli and production designer Naaman Marshall.

The team wanted the set-up to look grounded, gritty, and real, and thus created huge sets with massive underwater tanks. The filming in New Orleans took place across three soundstages along with a few exterior sets. But the production faced several significant hurdles especially with how physically demanding the shoot was.

The filming was particularly challenging for the cast of ‘Underwater’ who lived in a state of fear and claustrophobia while performing. The cast actually spent majority of their time filming in water, wearing insanely heavy 100 pounds scuba suits – as heavy and even heavier than some of them, which restricted all their movements. Gallagher mentioned how they shot in these suits 80% of the time and how much he dreaded it.

Henwick even admitted, “This was the hardest shoot I’ll ever do in my life”. For Stewart, it was all the more terrifying as she is personally scared of water. Henwick and Gallagher took scuba diving lessons in New Orleans before they began filming. But Stewart decided to skip the prep. Gallagher also spoke of how they shot at a dive shop outside New Orleans.

Filming also took place in Chalmette, Louisiana, sometime in March, 2o17. Chalmette is located east of downtown New Orleans. It is home to the Ranch Film Studios where parts of the film were shot.

As mentioned above, certain scenes required the cast to be in water. The production team specifically constructed tanks that could hold tens of thousands of gallons of water. A particular set known as the “moon pool” had elevators on top of the tanks. This allowed actors to be submerged into the water for specific shots. Along with this, most of the Kepler sets, which included the hallways, suitrooms, and control rooms, had to be completely redesigned to function as areas from Roebuck.

‘Underwater’, with its brilliant cinematography and production design, creates a claustrophobic set-up with unknown dangers lurking around. It is a terrifying experience that transports us to the depths of the ocean, where we find ourselves caged in its vastness.