Where Was Disney’s ‘Zombies’ Shot? 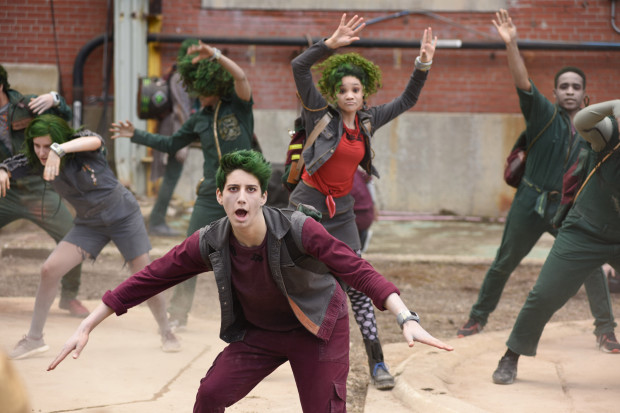 What happens when Disney attempts to combine its characteristic charm with the zombie craze? Obviously, the project becomes sensational! Just ask the humans behind the Disney TV movie, ‘ZOMBIES’ whose success led to a sequel.

Now, one might be wondering how Disney manages to combine its optimistic, candy-coated tone with zombie fiction which is known for gore and violence. Well, they develop an outlandish yet vibrantly mesmerizing aesthetic that feels similar to a teenage version of ‘Suicide Squad.’ There is neon. There are bright pastels. Oh, and ‘ZOMBIES’ and its sequel are musicals!

So, what is the fictional premise that ‘ZOMBIES’ and ‘ZOMBIES 2’ is based on? Well, the story takes place in the fictitious town of Seabrook. The town witnessed a nuclear power plant incident that turned a significant portion of its residents into zombies. The zombies started to reside in a walled section of the town while the humans continued to stay regularly, outside the walls for safety.

When the zombies cease being a threat to humans, they are given the opportunity to go to the town’s school which had previously been reserved only for human kids. Milo Manheim plays the lead character: Zed, a zombie who wishes to fit in seamlessly with the humans.

On the other hand, Meg Donnelly plays the female lead, Addison. She accepts the zombies as different creatures, but ones that humans can get along with if they try. Eventually, she transforms the rest of the town’s prejudice towards the zombies. Addison and Zed, obviously, fall in love.

With its simplistic plot, the movie celebrates difference as a positive thing rather than something to be stifled. In this manner, the movie ends up providing a positive message in the classic, Disney tone.

Many of you might be wondering where was ‘ZOMBIES’ filmed. The story takes place in the fictional town of Seabrook. Hence, it could have been filmed practically anywhere. Continue reading to find out where both the movies have been filmed.

Disney’s ‘ZOMBIES’ and its sequel have been filmed on the same locations. Both of them have been shot in the state of Ontario, Canada. Canada has been attracting multiple big-budget film and television projects for filming in the country. The reason for that is purely financial. The Canadian government provides lucrative tax credits for productions filming in the country. Hence, several production companies opt to film in Canada to bring the overall production costs down significantly.

That’s a wrap on Zombies 2 I am grateful for this opportunity, the people involved, many smiles, and the message of inclusivity and understanding I can participate in bringing to the world through this movie. Onto what is next!! #actorslife #wrap #filming

Have a look at the tweet attached below. It shows how Cherry Beach, Toronto had been decorated to function as the area outside Seabrook High School.

In addition to Toronto, filming for Disney’s ‘ZOMBIES’ and its sequel was also carried out in the city of Hamilton, Ontario. To be more specific, filming was carried out on Keith Street near Wentworth Street North.

Interestingly, the production team had painted and decked up the houses on Keith Street so that they could match the movies’ quirky aesthetic.

Purple-painted furniture had been randomly placed on the front lawn of the houses, along with other pastel-hued objects. For instance, green bicycles had been fixated to the fences while a large, yellow birdcage had also been tied to a pole. The street truly looked out of this world! Unfortunately, the houses were returned to their normal and boring states after filming had been completed.