While You Were Sleeping Season 2: Premiere Date, Cast, Recap, Update

If you love K-dramas and also have an interest in legal dramas, then ‘While You Were Sleeping’ is a perfect watch for you. The show follows the lives of a trio — a journalist, a prosecutor and a police officer — who are connected with each other due to a strange gift. They have death premonitions in their dreams. The show is written by Park Hye-ryun (‘I can Hear You’, ‘Dream High’, ‘Pinocchio’). Teddy Hoon-tak Jung and Hwang Ki-yong produce the show for SidusHQ. It is directed by O Choong-hwan.

While You Were Sleeping Cast: Who’s in It? 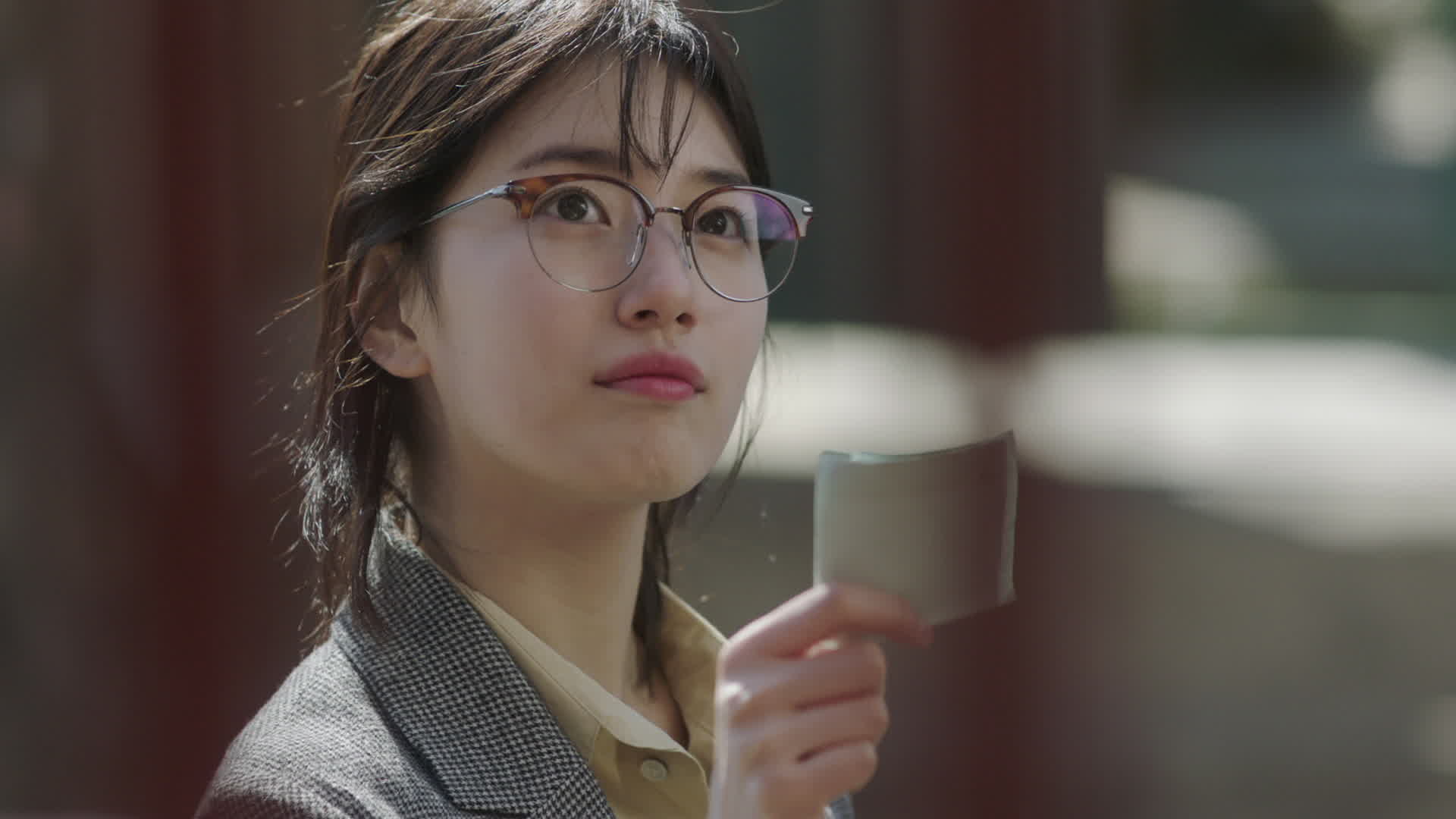 Bae Suzy plays the role of Nam Hong-joo, a young reporter who has the ability to see the deaths of people in her dreams. Previously a member of the girl group, Miss A, Suzy moved on to acting. Her work in films and TV shows includes titles like ‘The Sound of a Flower’, ‘Uncontrollably Fond’, ‘Vagabond’ and ‘Invincible Youth 2’.

Lee Jong-suk plays the role of Jung Jae-chan, a prosecutor who acquires the ability to dream of others’ death after being saved by Nam Hong-joo. He has previously appeared in films and TV shows such as ‘Doctor Stranger’, ‘I Can Hear Your Voice’, ‘W’, ‘The Hymn of Death’, ‘Romance Is a Bonus Book’, ‘School 2013’, ‘Hot Young Bloods’, ‘My Prettiest Moments’, ‘Gogh, The Starry Night’.

Jung Hae-in is cast as Han Woo-tak, a police inspector who gets a similar ability after the accident he is supposed to die in is averted by Jung Jae-chan. His acting credits include titles like ‘Bride of the Century’, ‘Something in the Rain’, ‘Prison Playbook’, ‘The King’s Case Note’ and ‘One Spring Night’. Lee Sang-yeob plays the role of Lee Yoo-beom, a greedy and corrupt prosecutor with ties to Jae-chan. He has worked in various films and TV shows which include ‘The Innocent Man’, ‘Jang Ok-jung, Living by Love’, ‘Give Love Away’, ‘The Villagers’, ‘Lovers of Six Years’, ‘Ex-Files’, ‘The Master of Revenge’ and ‘The Hymn of Death’.

Ko Sung-hee portrays the character of Shin Hee-min, another prosecutor who works with Jae-chan but is his superior. She is known for her work in ‘An Ethics Lesson’, ‘Trade Your Love’, ‘Suits’, ‘Ms Ma, Nemesis’ and ‘My Beautiful Bride’. Supporting cast includes actors like Kim Won-hae (‘SNL Korea’, ‘Sweet Savage Family’, ‘Black’), Min Sung-wook (‘Angel Eyes’, ‘Queen of Reason 2’), Bae Hae-sun (‘Your Wedding’, ‘Double Edge’), Lee Ki-young (‘Marathon’, ‘A Bittersweet Love’, ‘Love Me Not’), Park Jin-joo (‘Jealousy Incarnate’, ‘The Girl Who Sees Smells’), Son San (‘One More Happy Ending’, ‘The Five’), Shin Jae-ha (‘Set Me Free’, ‘The Ghost Detective’) and Hwang Young-hee (‘The Queen of Mystery’, ‘Ghost in the Starry Night’).

While You Were Sleeping Plot: What’s It About? 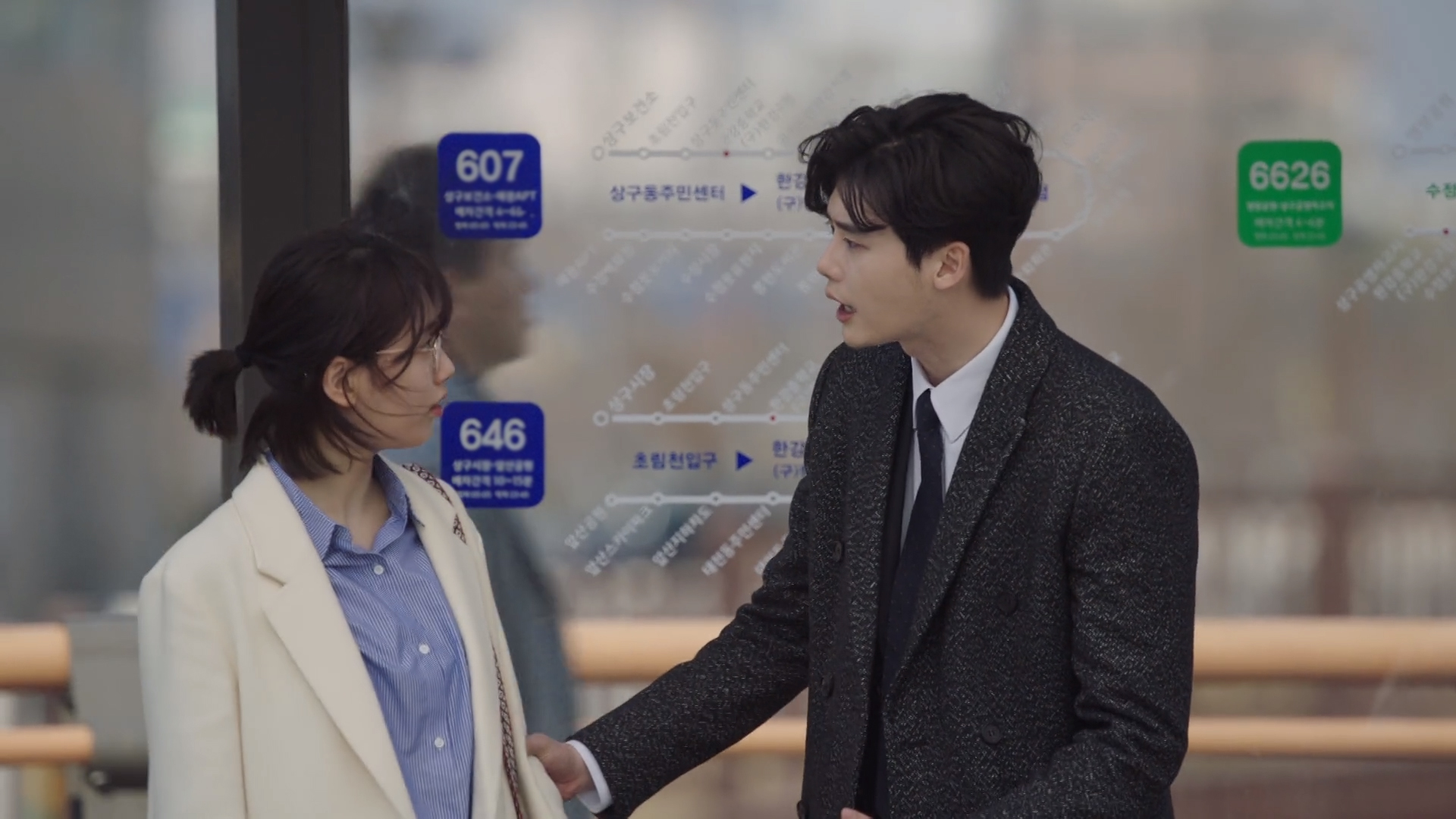 The story of ‘While You Were Sleeping’ begins with Nam Hong-joo. When she was a little girl, she had a dream about her father’s death. Sometime later, her father died in the exact same manner. As she grew up, her dreams became more recurrent, and though she knew exactly how the accident, or some other event, would go down, she didn’t know when it would happen. She tries to save the people she dreams about but fails just because of the timing. The problem escalates when she starts dreaming about her mother’s death and her own. She had taken the job of a journalist to put her dreams to some use; however, after the dreams about her own death, she decides to leave it and live with her mother in some simple and quiet place where death wouldn’t be able to touch them.

Jung Jae-chan is a prosecutor who is surrounded by people who want to lure him into corruption. The others have found more success than him just because they agree to do illegal things such as falsifying evidence. Jae-chan’s father had been killed by the same person who was responsible for the death of Hong-joo’s father. In an altercation, Jae-chan comes close to death, but Hong-joo saves him because she had already seen his death. Because of the foil in death’s plan for him, Jae-chan acquires Hong-joo’s ability. He, too, begins to have dreams where he can see the death of a person.

Han Woo-tak is a young police officer known for his grit and intelligence. However, he wasn’t supposed to live for long. An accident had sealed his death. But it was prevented by Jae-chan. In a similar turn of events, Woo-tak acquires the ability. When the trio discover that they are in the same situation, they decide to join forces and save people.

While You Were Sleeping Season 2 Release Date: When Will It Premiere?

‘While You Were Sleeping’ season 1 premiered on September 27, 2017. The show met with great ratings and good reviews from the critics. Several networks and streaming platforms across the globe picked up the series for international broadcast, which helped increase the fan-base for the show. As of the finale, the story has come to a proper end. All loose ends have been tied up and there doesn’t seem to be enough material for ‘While You Were Sleeping’ season 2. So, it’s better to not keep your hopes high.

However, with the increasing popularity of K-dramas, several shows have received a recommissioning. If the showrunners find something better with the story, we might have another go at it. Whenever any progress is made on this front, we will update you about ‘While You Were Sleeping’ season 2 release date.

While You Were Sleeping Trailer:

‘While You Were Sleeping’ is a sleek drama with just sixteen episodes. If you can’t wait for season 2, you can always re-watch the show on Viki, KOCOWA and Viu. Have a look at the trailer before you go: