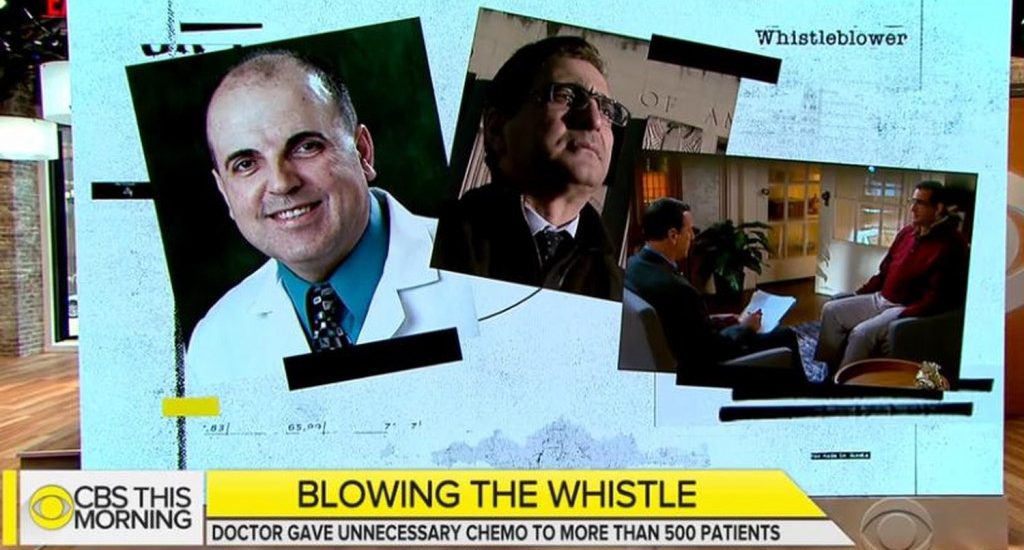 Television is nowadays crowded with true crime shows. The exponential growth of Netflix has made shows based on true crime some kind of a fad. Fans of these shows endlessly discuss suspects and possibilities on social media. There are reddit forums that are full of fan-made theories. Given such a massive rise in popularity of true crime shows, it was only matter of time before other networks tried to throw their own hats in the ring.

‘Whistleblower’ is one such addition in the gamut of true-crime series that airs on CBS. The show is based on ordinary people who risk their lives to expose major illegal practices carried out in the corporate world or other walks of life. Alex Ferrer, who is also the host of the show, Susan Zirinsky, and Ted Eccles are the executive producers.

Whistleblower Cast: Who is in it?

There is only one regular member in the cast of ‘Whistleblower’ — host Alex Ferrer. Before stepping into the television industry, Ferrer was a lawyer and a judge. We have earlier seen him in the show ‘Judge Alex’ where he acts as an arbitrator in cases hardly as serious as the ones he has presided over in real life. The other cast members of ‘Whistleblower’ are the ordinary folks who risk everything in an attempt to bring our the shady practices and corruption existing in society. These whistleblowers are the unsung heroes of the modern world. While most people have sort of given in to the daily oppression we face everywhere, these people have decided to speak up and make their voices heard.

Whistleblower Plot: What is it about?

‘Whistleblower’ is a unique series that sheds light the unsung heroes who explore fraud, lies and corruption by “whistleblowing”. In one of the early episodes, we get to know about a couple of dentists who bust the scam being run in a poor locality by doctors of a pediatric dental chain who go around from house to house and keep treating children and prescribing medicines when it is not needed. In the same episode, a person associated with or working for a big pharmaceutical company exposes how the organization is bribing their way to gain access to government medical records. They also send doctors on lavish holidays so that these medical practitioners end up prescribing this specific company’s products to their patients.

In another instance, we see how low people can stoop for a few extra bucks. A cancer center’s office manager finds out that one of the doctors working there is using chemotherapy on patients who don’t even have cancer. When the authorities dig in further, they find out that this oncologist has cheated more than 500 patients using this method.

It is common knowledge that the government gives contracts to privately owned businesses for certain services. Military contracts are very commonly given to such companies and it is expected that, considering the seriousness of the work the military does, these companies will be sincere in the products or services that they deliver. But this hardly seems to be the case. When James Holzrichter joins such a company, he becomes aware of how they cheat the government and still get full payment for their products. There are schools, clinics, fuel companies and others who are constantly trying to increase their profit margins by cheating the government, and all such cases get thoroughly exposed in ‘Whistleblower’.

Whistleblower Season 3 Release Date: When will it premiere?

‘Whistleblower’ season 2 premiered on May 24, 2019 and got positively received by both critics and audiences.  While on one hand, the show sheds light on dirty and fraudulent practices, on the other, it also celebrates the citizens who are unsung heroes. The show has slowly but surely built a fan base that would definitely want to see the show get renewed. Unfortunately, we don’t have an official announcement yet. Though considering how much of goodwill the show has managed to build over last two seasons, we would be surprised if it doesn’t get another season. Our best guess is that if the show does get renewed, ‘Whistleblower’ season 3 can release sometime in May, 2020. We will update this section as soon as we hear more.

While we wait for an update on ‘Whistleblower’ season 3, check out the season 1 trailer to refresh your memories. If you haven’t seen the show yet head over to CBS to catch all the episodes of the previous seasons.