Will There be a White Famous Season 2? 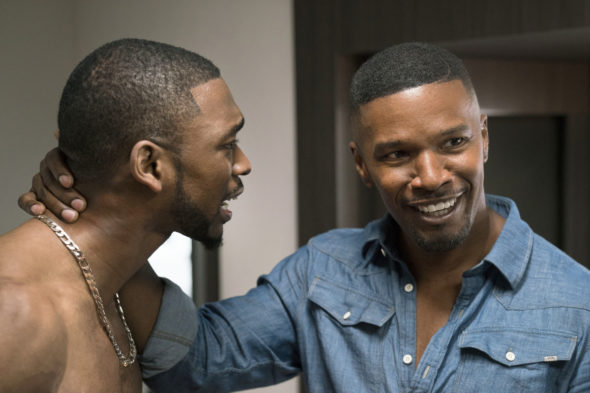 Eric Marlon Bishop, or as he is more widely known by his professional name, Jamie Foxx, is perhaps one of the most renowned actor-comedians in the industry. As the host of Beat Shazam to the outstanding portrayal of Ray Charles in the 2004 biographical film Ray, we love him. He is one of the most influential actors of our time, and equally versatile is his personal life.

White Famous is “an American comedy TV series about trying to make it without losing your soul,” based on Foxx’s personal life experiences. It is co-created by Tim Kapinos, Chris Spencer, and Buddy Lewis, and directed by Tim Story and Foxx himself, who also appears as a recurring guest star.

White Famous premiered on Showtime on October 15, 2017, and its first season was moderately well-received. Now, the question arises: will there be a White Famous season 2? We will delve into that question, but first, let’s quickly look into the details of the series.

White Famous Cast: Who’s in it?

White Famous is an American comedy TV series, based on the life of Jamie Foxx. In the series, the character of Foxx named Floyd Mooney is played by Jared Antonio Farrow, more popularly known as, Jay Pharoah. Pharoah is an actor, stand-up comedian, and rapper – pretty much a real-life rip-off of Foxx, himself. Hence, he is termed perhaps the best choice for the role.

The series also stars Utkarsh Ambudkar as Malcolm, Floyd’s agent, who wants Floyd to do whatever it takes to succeed; and Cleopatra Coleman as Sadie Lewis, Floyd’s ex-girlfriend and the mother of his son. As mentioned before, the comedy is based on the life and personal experiences of the Oscar-winning actor, Jamie Foxx, who also serves as one of the Executive Producers of the series.

The actors all do a great job, and it is funny. The show is very entertaining, and well, Pharoah is a real Trooper in this show!

“I’m the same person I was when I left Virginia. I’ve grown in knowledge and experience, but you can still hit me up and say, ‘Hey, what up?’ I have the same friends. I still go to my grandma’s house, and she’ll cook meatloaf, and I’ll eat it. [Laughs.] My cousins might try to hit me up for more. On my Instagram some of them, they’re like ‘Hey, how you doing, cuz?’ And you know what that means: ‘How you doing, cuz?’ is ‘I need something.’ I never get hit up where it’s just, ‘How are you doing? What’s up? Are you good?’ But I love them nonetheless,” said Pharoah on an interview when he was asked whether he also had difficulty coping with fame as his character does.

White Famous Plot: What’s it about?

Based on the personal life and experiences of the award-winning actor/comedian, Jamie Foxx, White Famous is an American comedy TV series that follows a talented young comedian, Floyd Mooney, who is on the rise in the American industry. His gradual stardom forces him to brave icy waters in maintaining his integrity as he crosses over into becoming ‘white famous’. Malcolm (played by Ambudkar), Floyd’s infuriated agent, almost forces Floyd to do whatever it takes to rise towards success. On the other hand, Floyd’s ex-girlfriend, Sadie, who is also the mother of his son, has her own version of opinion about his life and ongoing stardom.

His roommate, Ron acts as a source of reason among the chaos of differing opinions in Floyd’s life. As the series is based on the fictional showbiz universe of Kapinos’ previous show, Californication, suggested by the use of multiple secondary characters in both series, the authenticity of information is in question. The show is written well, no doubt, but it does seem that a lot of the show is tongue in cheek, but still, it is closer to the reality of Hollywood showbiz in various respects that the audience might not even realize.

White Famous Season 2 Release Date: When will it premiere?

White Famous season 1 premiered on October 15, 2017 on Showtime, and ran until December 10, 2017. It features ten episodes, each with a running time of around 30 minutes.

As far as the next season goes, according to official reports, “the pay cabler opted not to move forward with the Jamie Foxx-produced Jay Pharoah vehicle right before the new year — not an atypical time to drop bad news.” Fans are really grieved by the fact, but we have nothing else to do than to hope for a piece of news about the next release. Meanwhile, White Famous’ first season can be streamed on Amazon’s Prime Video.

Being a half-hour show, it gave Showtime some flexibility as most other shows were an hour-long. The show was also a decent one, which needed a little more time to catch on. The only other half-hour show that Showtime has is Jim Carrey‘s buzzy TV effort Kidding, on which he stars along with Catherine Keener. Its first season went live on Showtime’s various streaming platforms.

However, White Famous received mixed to low reviews, over most platforms. Hence it doesn’t really come as a surprise that Showtime axed the comedy after just one season. The weekly audience of the show was a mere 1.8 million viewers across all platforms. So, the final verdict — White Famous Season 2 stands cancelled.

You can watch the official trailer for White Famous season 1 below: