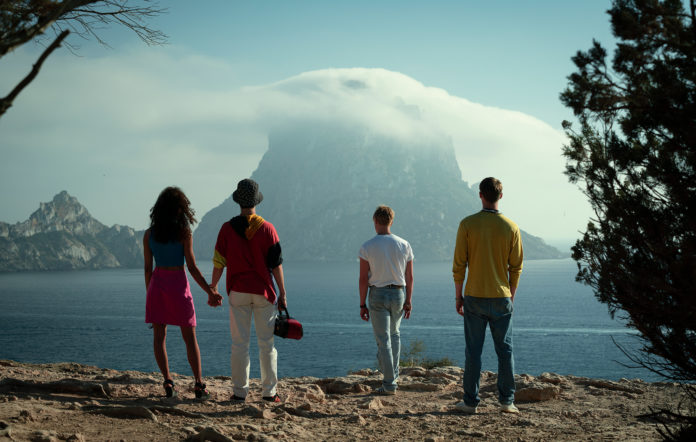 ‘White Lines’ is a “party thriller:” one of those stories wherein the trippy, happening atmosphere makes one get into bouts of wishful thinking, while a gruesome underbelly promises tons of dark secrets that one would be thankful for not being a part of. The Netflix series is created by Alex Pina, the creator of ‘Money Heist,’ and that proves to be extremely promising.

The show is Anglo-Spanish, featuring characters speaking in both the European languages. However, unlike the bleak, monotonous setting of Pina’s heist thriller, ‘White Lines’ is set in the sun-soaked party paradise, Ibiza. In many ways, ‘White Lines’ feels likes another Spanish series, ‘Toy Boy‘ because of its tone, setting, and plot. However, with Pina in charge, the Anglo-Spanish thriller is definitely made better. The series stars Laura Haddock, Tom Rhys Harries, Marta Milans, Nuno Lopes, and Juan Diego Bottoas.

Where is White Lines Filmed?

As mentioned earlier, ‘White Lines’ is set in Ibiza: the glorious, tourist-filled island, which is all about sunny beaches and late-night clubbing. The setting is more than integral to the story. The entire series might as well function as a lengthy tourism promotional for the Spanish island. Just a few minutes in, and viewers might find themselves instantly looking up flight prices. One of the characters also mentions how several Western films had been filmed nearby, and a few scenes later, the action is set in a bar that looks extremely cowboy-esque. Hence, it is natural for viewers to wonder where ‘White Lines’ is actually filmed. Have the makers actually filmed the series in Ibiza? Or did they decide to pass off another location as the Mediterranean heaven?

To begin with, most of the filming for the series is actually carried out in Spain. However, the portrayal of Ibiza would leave even Dante confused as it’s equally sinful and godly. Some of the filming was actually carried out in Ibiza. This is exactly why the island is captured so authentically. One feels transported there, almost instantaneously.

The above fact is confirmed by several behind-the-scenes photos that actor Nuno Lopes shared on his Instagram page. Have a look:

Palma, Mallorca with Team #WhiteLines. Have we got one helluva show for you guys! 😃 This Friday @netflixuk