Who Are Elisabeth Anderson-Sierra and Tiffany Kranz, Breast Milk Donors? 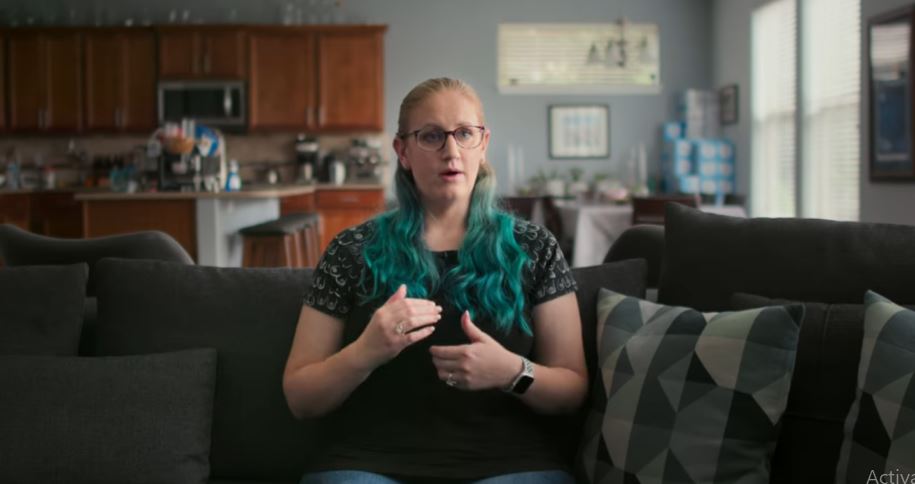 Netflix’s ‘(Un)Well’ is a docu-series drama that highlights the different products or elements within the wellness industry, most of which are trending right now. Each of the six episodes chronicles the stories of people who believe in these alternative medicines and provides cautionary tales about them as well. From essential oils to bee sting therapy to breast milk, it covers everything. Two of the prominent individuals who were featured in the third episode, focusing on breast milk, were, of course, its donors. So, here’s everything that we know about them!

Elisabeth Anderson-Sierra is a wife, mother, and milk donor. This Oregon based woman has been donating her breast milk for around 5 years now, which has only been made possible due to her Hyperlactation Syndrome. This means that she produces around 225 ounces or 1.75 gallons of breast milk every day – almost eight to ten times more than the average mother. As she mentioned in the docu-series, her milk is primarily used to feed her daughters, Isabella and Sophia, and, she donates it to give a healthy life to premature kids and infants who can’t feed on their own mother’s.

Happy #internationalmermaidday !!! It’s also FRI-YAY 😍 I wanted to share these pictures that were taken about a year ago with you! Swipe to see more 😍 I was primarily taking pictures of my girls for keepsakes, (we are an are mermaids at heart). 🧜🏻‍♀️ Of course I needed to pump throughout the day and just did so as needed. No cover, zero effs given, just spending time with my girls and enjoying the day. My husband snapped the first picture and I cherish it so much!!! Capture these precious moments! 💜 ETA: I made their outfits!!! . #mermama #pumpingisbreastfeedingtoo #OneOunceAtATime #1OunceAtATime #DonorMama #MilkDonor #MilkGoddess #Goddess #MilkSharing #NormalizeMilkSharing #NormalizeMilkDonation #NormalizeBreastFeeding #PumpingMom #MilkMachine #Breastfeeding #Breastmilk #LiquidGold #BreastPump #BreastPumping #SuperMom #SuperMommy #SuperPower #MilkMachine #GoodGoesRound #Motherhood #MomLife #ep #exclusivelypumping #mermaid

It was back in 2014 that Elisabeth was diagnosed with this syndrome. Because she was producing such large quantities of breast milk and didn’t want it to go to waste, she decided to do something good and started donating. It is estimated that she has fed hundreds of babies by having pumped more than 250,000 ounces of breast milk. She delivers her liquid gold all over the United States, and to Canada, Mexico, and Puerto Rico as well. This 32-year old veteran, stay-at-home mom, EMT, Certified Lactation Counselor (CLC), and founder of One Ounce At A Time from Beaverton, Oregon, has earned her title of “The Milk Goddess.”

From @tit4totofficial !!! There is a giveaway! Read for more deets… ・・・ In honor of National Superhero Day, we are highlighting our friend Elisabeth Anderson-Sierra of @oneounceatatime. Check out our blog to learn more about this real life #superhero 🍼 (Go to @tit4totofficial and click their bio link! They really wrote an incredible article!) If you don’t know about Tit 4 Tot, they are an incredibly supportive app with beautiful and relatable images and emojis to normalize, support, and inspire your journey! We are giving away 10 codes for the app! 5 for Instagram and 5 for Facebook! To enter: ➡️Follow @tit4totofficial on Instagram. Comment that you follow! ➡️Tag a friend! No limits on tags! One entry per tag. ➡️Comment a milestone you have reached in your breastfeeding journey recently! Let us support and celebrate with you! Giveaway ends May 1st at midnight PST. Winners will be sent a DM with the code for the app. *Available on IOS only currently, BUT, Android is coming soon! If you win an have an Android, share the code with a IOS Mama and share the stickers! They are AMAZING! #NationalSuperHeroDay #NationalSuperHeroDay2019 #SuperHeroDay #everydayhero #pumpingmom #breastfedbaby #postpartumhealth #normalizebreastfeeding #normalisebreastfeeding #normalizepumping

We saw in the series that Elisabeth’s husband, David, supports her and plans their family life around her pumping time, but we also heard him say that he doesn’t know how long it can go on for. Fortunately, from her social media, it seems like she is still working to provide her breast milk to those in need and is still happily married. But, there was a heartbreak for the couple last year when Elisabeth had a miscarriage and lost their third child. Of course, they miss their little one – the one they never got to meet – but it seems like they are trying to move on and are happy with where their lives are right now.

A year ago today… A year ago I was sitting on thin medical paper covering an exam table. My toes perched on the cold rubber and metal of the footstool I used to get onto the table. I remember feeling uncomfortable and getting up, turning around to see bright red spreading out on the starch white paper. I knew my life would be changed in that moment just as it had when I saw two pink lines against a white background. Being a 1 in 4 statistic does not define me, though it has shaped and changed my perspective. I’ve learned so much about myself and about loss and grief. It is ok to not be ok. I’m holding space today and lighting a candle to honor my little one and also to lift up every mother who has suffered a loss. I’m so thankful to have a piece of this journey to keep forever. After my loss I noticed physical changes in my breastmilk and saved a bit of it to have preserved and set in a piece of jewelry. It’s a beautiful visual, the heart of this piece against fresh milk from this afternoon. I’ve no more words to evoke right now as I am both hurting with grief and my third round of mastitis this year so I need to rest and reflect. I’m putting it out there today and each day moving forward to be kind to one another, and be kind to yourself. Please let me know how you have been kind to yourself recently. If you are struggling to remember, please stop and fill that void. I am holding space. Breastmilk jewelry by @precious_milk_drops

Who Is Tiffany Kranz?

Like Elisabeth Anderson-Sierra, Tiffany Kranz is a wife, mother, and milk donor. However, unlike The Milk Goddess, she is a mother of two boys and donates not because she is diagnosed with Hyperlactation syndrome but simply because she has an oversupply of it and wants to. As she donates and pumps her milk every three hours to ensure that those whom she provides for always have an adequate supply, she loses a lot of money. Therefore, to make up for some of her losses, she started selling her milk online as well.

Tiffany has mentioned that the whole process is tiring and that she’s wanted to quit many times over the years, but its the fact that she primarily helps kids who have almost no other alternative that keeps her going. From Moncks Corner, South Carolina, Tiffany has the hashtags boy mom, milk queen, and milk donor of her Facebook profile, letting the world know that she is available if someone wants to seek her milk. Apart from that, however, her social media is pretty scarce. There are a couple of statuses and family portraits on there, but nothing that would let anyone know about the inside workings of her personal life. (Featured Image Credit: Netflix)

Read More: Who Is Narcis Tarcau? Where Is He Now?