Who Are You: School Season 2: Premiere Date and Cast 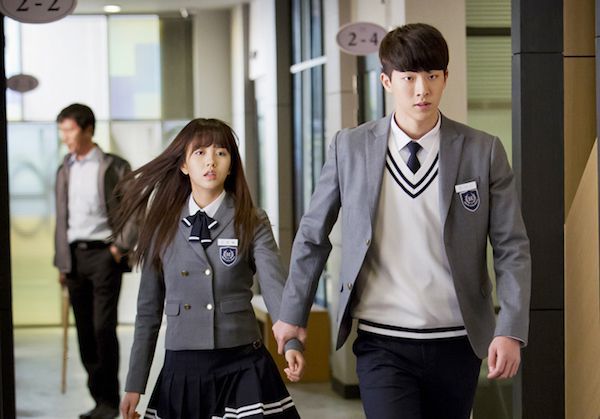 ‘Who Are You: School’ is a television series in South Korea written by Kim Min-Jung, and Im Ye-Jin, and directed by Baek Sang-Hoon and Kim Sung-Yoon. It tells the story of identical twin sisters Go Eun-Byul and Lee Eun-Bi who are separated at a very young age and live radically different lives.

Who Are You: School Cast: Who is in it?

Yook Sung-Jae plays Gong Tae-Kwang, a school troublemaker. Yook is known for his roles in other dramas like ‘The Village: Achiara’s Secret’ (2015) and ‘Guardian: The Lonely and the Great God’ (2016). Nam Joo-Hyuk plays Han Yi-An, who is Eun-Byul’s best friend and a star swimmer. Nam is known for his work in other dramas like ‘Weightlifting Fairy Kim Bok-Joo’ (2016), ‘The Bride of Habaek’ (2017) and ‘Dazzling’ (2019).

Cho Soo-Hyang plays the antagonist, Kang So-Young, a bully who makes Eun-Bi’s life a mess every day at school. Cho is the receiver of the Actress of the Year Award at the 19th Busan International Film Festival for her role in the film ‘Wild Flowers’ (2015). Besides this, she is noted for her roles in other films like ‘See You After School’ (2006), ‘Men without Women’ (2009) and ‘The Princess and the Matchmaker'(2018). She has also worked in television dramas like ‘Three Colour Fantasy – Romance Full of Life’ (2017) and ‘The Tale of Nokdu’ (2019).

Who Are You: School Plot: What is it about?

Twin sisters Go Eun-byul, and Lee Eun-Bi are separated from each other at birth. Eun-Byul is adopted at five and taken to Seoul to live with a well-off family. Eun-Bi, on the other hand, lives at the Love House, an orphanage that takes care of homeless children and orphans. Only Eun-byul is aware of Eun-Bi’s existence but lives a secretive life. They live radically different lives. Eun-byul is one of the most popular girls in school with many friends and liked by all. She is best friends with Han Yi-An, the school’s star swimmer who is in love with her since childhood.

Eun-Bi meanwhile, is looked upon as a mother figure at the orphanage by younger orphans due to her kind and considerate nature. She is cheerful and loving towards everyone. However, she is bullied at her high school by a gang of girls led by Kang So-Young, but she never speaks about this and keeps it a secret.

One day Eun-Bi is unjustly expelled from her school. The trauma of constant harassment by the bullies and the injustice done to her causes her to cross the tipping point, and she attempts suicide by jumping off a bridge. Almost at the same time, Eun-byul mysteriously disappears from a school field trip. Eun-Bi survives the jump but is critically injured and is found and rescued and brought to Seoul to her adoptive mother assuming her to be Eun-Byul. Eun-Bi soon realizes the misunderstanding once her memory returns but plays along since the new life she has, as Eun-byul’s life is happier. For the first time in her life, Eun-Bi feels accepted and loved as she starts attending school and disguising herself as Eun-Byul.

Unfortunately, the bully, Kang So-Young, is transferred to the same school and recognizes Eun-Bi. She begins to threaten her and attempts to reveal her identity. But Gong Tae-Kwang, a school troublemaker confronts her and helps Eun-Bi to stand up against So-Young. Eun-Bi eventually confesses her secret to Tae-Kwang, who accepts it without judgment. He eventually grows closer to Eun-bi and falls for her.

The story takes a dramatic turn when the real Eun-byul finally comes out of her hiding. The big day arrives when the twins confront each other. Eun-byul reveals how she was always aware of Eun-Bi. She reveals that she saved Eun-Bi and purposely switched lives so that her sister, who had seen a miserable life, can also see happiness. The two thus reunite after years and continue to live lives happily with each other.

Who Are You: School Season 2 Release Date: When will it premiere?

‘Who Are You: School’ Season 1 premiered on KBS network on April 27, 2015, and ran until June 16, 2015, having aired 16 episodes. The series received poor reviews from critics initially but has since established a dedicated following among young viewers across the world, bringing the show recognition in popular culture.

Since Season 1 ended with the twins reuniting and living a happy life, the storyline seems complete in itself, leaving little room for a follow-up. Although the chances of ‘Who Are You: School’ Season 2 being renewed are less than likely, we hope the series will be taken forward in some form. However, we have no news from official sources in this regard. If ‘Who Are You: School’ Season 2 does come out, it is likely to get a release date sometime in 2022. We will keep you updated right here as we find out.

Who Are You: School Trailer:

Here’s a teaser of ‘Who Are You: School’ that will get you to get familiar with all its characters.