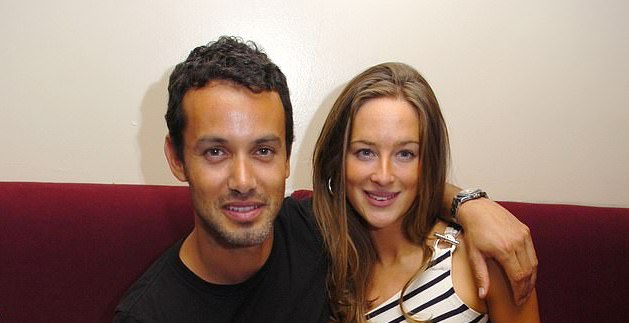 ‘Vanished in New Canaan: An ID Mystery’ tries to capture the details of the one-year-old missing case of Jennifer Dulos. The mother of five surprisingly just vanished on 24 May 2019, after she dropped her children at school. Her estranged husband, Fotis Dulos, immediately became the suspect along with his then-girlfriend Michelle Troconis.

However, after several arrests and subsequent charges against Fotis Dulos, another person who received much limelight was his new girlfriend at the time of his death, Anna Curry. Previously in most reports, she was mentioned as his friend, but subsequently, it was alleged that they were together.

Who is Anna Curry?

Anna Curry graduated from Duke University and is a native of North Carolina. She met Fotis Dulos at a New York City finance firm. Anna Curry was the one who signed a $ 3 million assurance note to Palmetto Surety Corporation that insured Dulos’ bond money. According to various reports, she paid $ 147,000 in cash to avail his bond following his arrest. This was with the assurance of paying more money in installments until 2021. Norm Pattis, Fotis Dulos’ attorney, then said, “It is my understanding and belief these were old friends who developed a friendship years ago at work and out of loyalty to that friendship she has assisted Mr. Dulos. We should all be lucky enough to have such a loyal friend.”  Though there have also been reports that claim that Anna Curry was Dulos’ girlfriend.

Anna Curry was supposedly living with Fotis Dulos at his residence, around the time he killed himself. On the day of his suicide attempt, he had allegedly sent Curry to the bank to withdraw money. In subsequent police reports, post-Dulos’ death, Curry stated that she was originally supposed to drive Fotis to the court that day for his emergency bail hearing. Despite this, he insisted that she go to the bank before they left. She then stated that at 10: 59 AM, she got a call from a breathless Fotis telling her that he is leaving, as he was late for the hearing. Curry then said that she reached back to the house to find computers that were supposed to be in his car, still in the house. In any case, she assumed he had forgotten it. She also brushed off, seeing what was possibly a Tylenol PM medication bottle.

She did not pay any attention to the garage and drove to the court for the hearing. However, on the way, one of Fotis’ attorneys, Smith, called her to ask about where Fotis was as his GPS tracker indicated that he was still at home. Later reports suggest that Anna knew by then what possibly happened. Allegedly, she asked Smith to call 911, which, based on the statement given by her, he refused to do, in fear that Fotis removed the GPS tracker. This allegation was denied by Smith. By the time she got back to Fotis’ house, the police officers were already there. At the end of his suicide note, he had written, “Above all, Anna Curry, I am sorry for letting you down and not continuing the fight.”

Where is Anna Curry Now?

Anna Curry seemingly deactivated her social media pages after her growing publicity post-Fotis Dulos’ death. However, based on her LinkedIn profile, she also seems to have left her job as a product manager at LP Financial since March 2020. At present, it looks like she has withdrawn from the public light, and much of her whereabouts remain unknown. (Feature Image Credit: Wire Image)

Read More: Where and Jennifer and Fotis Dulos’ Children Now?