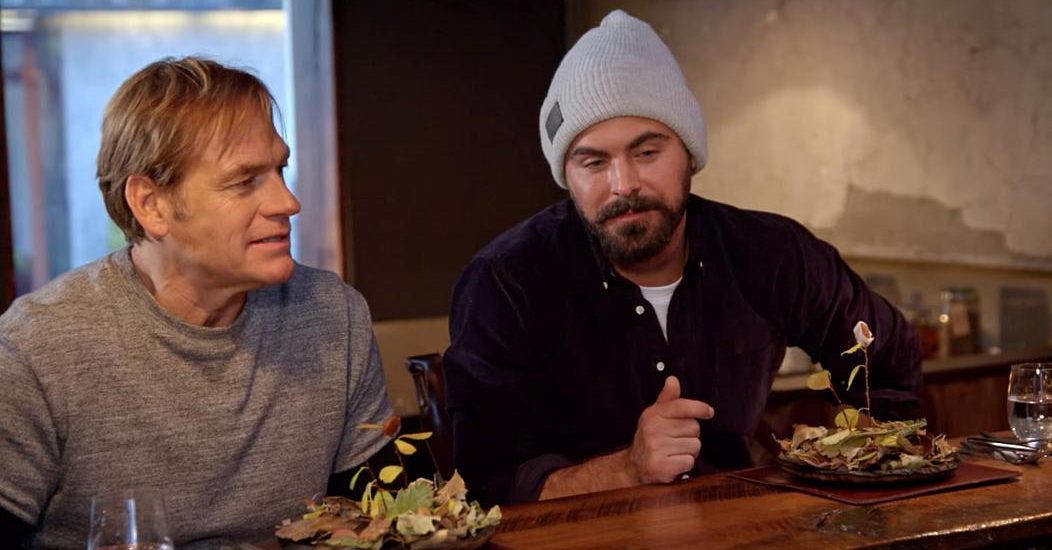 ‘Down to Earth with Zac Efron’ is on Netflix, and the series adds another feather in Zac Efron’s hat. As he visits places around the world like France, Puerto Rico, London, Iceland, Costa Rica, Peru, and Sardinia, Efron can now call himself a travel show host as well. However, Efron is not alone in his journey. Alongside him is Darin Olien, the wellness guru. Wait, who is Darin Olien? Don’t worry. If you are not attuned to at-home fitness trends or green technology, there’s a chance you don’t know him, but you will, by the time you’re done reading this.

Who is Darin Olien?

Darin grew up in Small Town, Minnesota, and a grapefruit cleanse during middle school helped him realize how the things he put in his body could help or hurt him. Born prematurely at three and a half pounds, Darin grew up feeling fragile and weak. A football injury, later, did not help either. However, what might be perceived as weakness was actually an opportunity for Darin to make a shift and do something about it. Olien’s mantra is simple – make a choice, follow it with action.

Cut to the present, and Darin is somewhat famous as a wellness expert, supplement creator, nutritionist, and clean energy expert. Darin is an advisor to P5 energy, which, according to his website, is a cutting edge green technology incubator focused primarily towards zero pollution power systems. He also works with GREENPATH, helping them find environmentally friendly solutions for sanitizing hands and other surfaces.

He also has a podcast called ‘The Darin Olien Show,’ where he discusses ways to save the planet through environmentally conscious discussions. All this makes Darin the right guy to go along with Zac since the latter’s travels are centered around studying and learning about green energy. Darin, who serves as the resident expert between locations, knows what he is talking about. Here’s a post about Darin making an impact in Senegal.

These lady’s made me laugh and cry…The time in Western Africa I was able to bring clean water to a village…it impacted me forever. I was in Senegal having meetings with the local tribal elders looking into getting a superfood, Baobab from their sacred tree. This high nutrient fruit is wild harvested so I needed the locals blessing to create some fair-trade with them so, I had a meeting with the elders. Toward the end of the meeting I asked them, “Hey, do you have clean drinking water?” In most places in this area they too answered, “No, it’s a problem and it kills a lot of our children.” So, I asked them… “can I show you how to create clean water in about 10mins?” They looked at me shocked and stunned and said, “of course”. I then pulled out a simple filter (I carried them with me) from @theraincatcher and connected it to the buckets and jerry can’s they had and right in front of them I scooped up their dark, contaminated water, ran it through the filter and showed them it was clean, then drank it in front of them….they screamed and told me I was a crazy American. Of course I was ok but it was powerful to drink the water in front of them, proving the water was clean. It took me just minutes to filter the water and get them clean water and that changed my life as it changed those villagers and their children life’s. Never underestimate the effect of one act! #ChangedMyLifeForever #CleanWater #SuperfoodHunting #Health

There’s more to Darin Olien, who’s famous as a Beachbody nutrition expert and created the company’s detoxing Shakeology brand. Olien is also behind the plant-based Ultimate Reset 21-day detoxification program. Since the shakes are a big part of the workout programs, Olien’s contribution is significant. Here’s Olien promoting healthy eating.

Taking responsibility and learning how to prepare your power, delicious foods is one of the single greatest things you can do to eat your whole plant based foods that are delicious and take you to your goals!

Darin’s interest in a healthy lifestyle does not end there. He’s also authored a book titled “SuperLife: The 5 Forces That Will Make You Healthy, Fit, and Eternally Awesome.” It is about emotional and physical health, and realistically talks about nutrition and dieting, falling back on the years of experience that Darin has had in the field. Darin’s taken a step further and studied superfoods as well. As a self-described “superfood hunter,” Darin has founded Barukas, a super nut in Brazil. Olien holds the belief that by eating properly and with the right levels of nutrition, one can avoid diseases.

On the Netflix series, Darin mostly continues his journey around the world to discover the inner workings of various cultures, including foods that keep people healthy. Of course, here, he educates the audiences every step of the way as well.