Who Is Exotic Bird on The Masked Dancer? 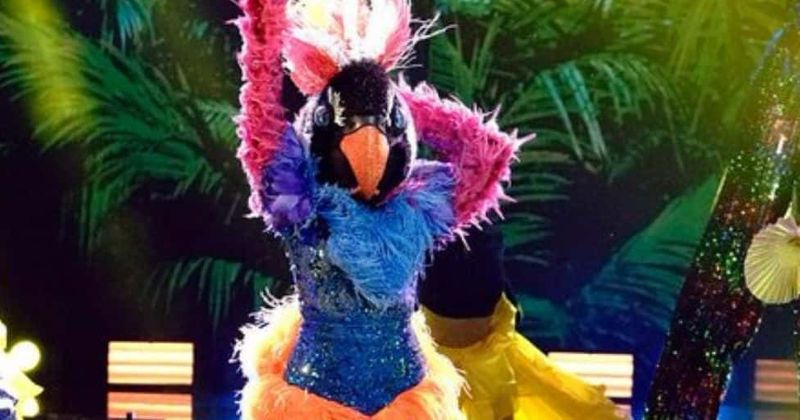 Fox’s ‘The Masked Dancer‘ is a top-secret dance competition wherein celebrities dress up in elaborate costumes, covering every inch of their beings, and take to the stage to give us impressive performances, leaving us, and a panel of judges, to guess their real identities. With Exotic Bird being one of the contestants, we’re naturally curious to know more about who she is and what face she bears beneath her mask. And because we’re also a bit impatient, we’ve already combined the clues she gave, along with the panel’s guesses, to make up our mind on her identity. Curious to know the same? Let’s find out.

As Fox has already teased, between all of the unidentified dancers, they’ve accumulated more than “38 million albums sold worldwide, 20 Emmy Award wins, 20 Grammy Award nominations, 10 World Dancing titles, five New York Times Best-Selling Author titles, four Olympic gold medals, and three Broadway show appearances,” leaving us to make our guesses from an all-inclusive range. And because Exotic Bird left us truly baffled with her performance on ‘Con Calma’ by Daddy Yankee and Katy Perry feat. Snow, she has to have a significant part in these accomplishments.

As Exotic Bird strutted out to make her big entrance, apart from the cages and fireworks that were a part of her set design, the other noticeable things were her confident posture, her tall height, and her athletic legs. And as her introduction began, the presence of a narrator, whom she had to interrupt and take over from, also stood out. Exotic Bird admitted to her competitive side, implying that it comes out every now and again because she started in her industry when she was just a teenager and faced a lot of backlash “for losing, for my relationships, even just for being a big bird.”

Her visual clues, including a race track, the number 17, glitter coming out of a gun when fired, perfume, venus fly traps, baking supplies, and “Best By 07” on a carton of eggs, all seemed crucial as well. After all, Exotic Bird ended it with her voice-over saying, “I’m not going to let those shamers control my life. Win or lose, I will keep flying.” The fact that her Word Up clue, for which her voice modulator was turned off, was “scored,” also led us, and the panelists, down a strange path to make our guesses as to who Exotic Bird really is. Is she a professional athlete or someone else entirely?

Oh… *sigh* I just love #ExoticBirdMask's performance tonight. My heart was pounding.
I… I just wanted her to win.

The four celebrity panelists who’re going to be with us at every step of the way, casting their guesses as each week passes by, are Ken Jeong, Ashley Tisdale, Paula Abdul, and Brian Austin Green. And after Exotic Bird finished her brilliant performance, they were left a bit perplexed as well. While Paula Abdul said she thinks the celebrity underneath the mask is either a trained dancer or someone who has a natural ability to pick up different routines, Brian Green admitted to assuming that Exotic Bird is a skillful Olympic Athlete, naming Hope Solo as his guess.

Ken Jeong, on the other hand, taking the venus fly traps and the carton of eggs as the primary clues, ultimately speculated tennis legend Venus Williams, who actually won Wimbledon in 2007, to be Exotic Bird. Yet, Paula Abdul, after listing Fergie, Lady Gaga, and Jennifer Hudson, settled on Jennifer Hudson as her final guess. And we have to admit, although Jennifer Hudson seems like a great conclusion considering her past and competitive nature, we do think that Exotic Bird is Venus Williams, especially because of all the elaborate sports references.

Read More: Who Is Tulip On The Masked Dancer?