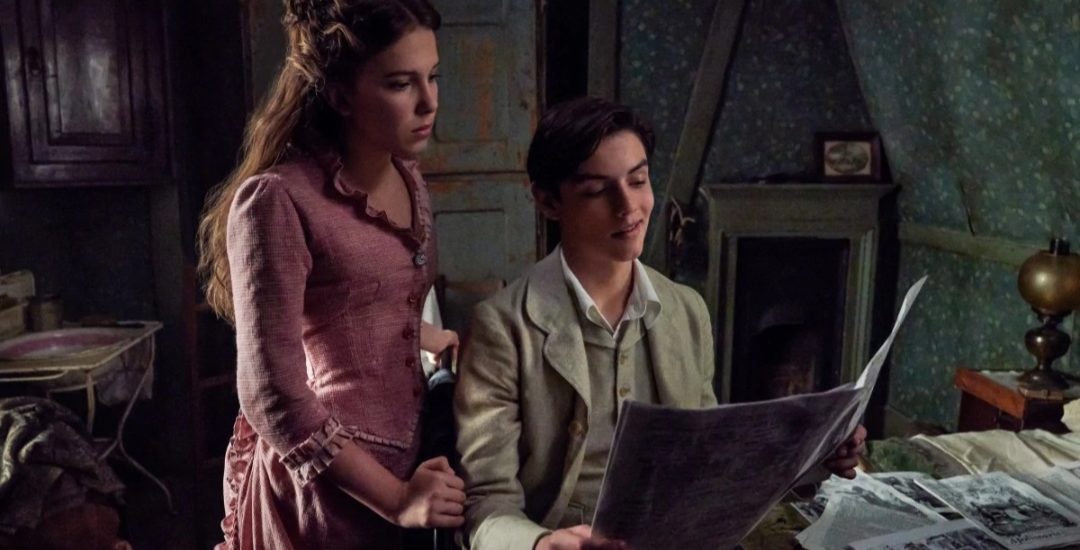 Netflix’s ‘Enola Holmes’ may be the latest in a long line of Sherlock Holmes adaptations, but it diverges from the status quo in one key way: it tells the tale not of Holmes himself, but that of his sister, Enola. The movie is based on Nancy Springer’s pastiche, ‘The Case of the Missing Marquess’ – the introductory work in a series of six books.

In ‘Enola Holmes’, the budding detective fortuitously meets the runaway Viscount Tewksbury, Marquess of Basilweather, portrayed by Louis Patridge, and forms a fast friendship with him. Enola helps the unsuspecting Tewksbury evade the grasp of sinister assassins out for his blood. Despite being centered on the case of Tewksbury, the movie does not bare all aspects of the young Lord. Who was Lord Tewksbury really? Let’s find out.

Who was Lord Tewksbury?

Lord Tewksbury was not a real-life individual; he was merely a character in Nancy Springer’s ‘The Enola Holmes Mysteries’ (the Marquess was also not featured in Doyle’s canon). Compared to the movie, the case of Lord Tewksbury takes on a completely different course in the original works of Springer. In the movie, Tewksbury and Enola fatefully cross paths, whereas the Enola in Springer’s books herself seeks out the young Marquess. On her way to a new life in London, Enola spies the case of the missing Tewksbury and considers it a mystery begging to be unraveled. Considering this the perfect inaugural case for her fledgling sleuthing career, Enola takes a detour to Tewksbury’s ancestral home to uncover the mystery of his disappearance.

When she arrives at the estate, she is mistaken for a representative of Sherlock Holmes. There, she meets Tewksbury’s family, Inspector Lestrade from Scotland Yard, and a spiritualist hired to ‘guide’ the investigation. Initially, the common consensus seems to be that a kidnapping has taken place. But Enola soon discovers from Tewksbury’s secret hideout that the young Marquess is not the victim of a kidnapping, but has instead run away from his burden of responsibility and smothering parents. Using her detection prowess, Enola deduces that the Marquess has set out for the seas, leaving his life of nobility far behind. Akin to the film’s Tewksbury, the Marquess from the book is also guileless and not street smart in the least. Ironically, when Enola does catch up to the runaway Tewksbury, real-life kidnappers are on the prowl.

The kidnappers in the book are not accomplices of Tewksbury’s traditionalist grandmother (like the movie portrays), but merely ruffians looking to score a quick buck.  They kidnap the Marquess and hold his life ransom. When they discern that the sister of the notorious Sherlock Holmes is also present, they look to double their haul. Eventually, Enola and Tewksbury succeed in freeing themselves from captivity. Enola ensures the safe passage of the Marquess to Scotland Yard. She also discovers the real identity of the kidnapper – the spiritualist present at the Basilweather estate! The spiritualist has been setting traps to abduct the wealthy and vulnerable, so as to double-dip on the ransom and finder’s fee; the naive Tewksbury served as the perfect target.

Unfortunately for Tewksbury superfans, the young Lord does not make an appearance in the subsequent book, The Case of the Left-Handed Lady. Yet, the film has diverged from the book in notable ways and cemented Tewksbury’s role as companion to Enola. We may not have seen the last of Lord Tewksbury quite yet.