Who Is Marcus McBride? Is He a Real Person? 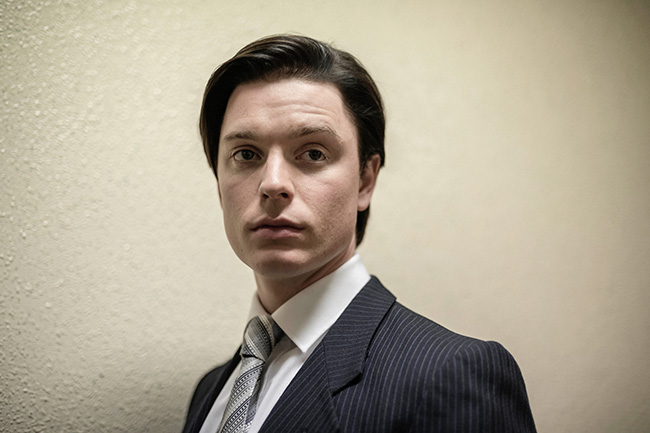 ‘The Murders at White House Farm’ is a six-part series that chronicles one of the worst crimes committed on British soil. In early August 1985, five members of the same family were brutally gunned down inside their Essex farmhouse in cold blood. The only surviving member, who was later convicted of said crime, was the family’s adopted son, the then 24-year-old Jeremy Bamber. Based on a true story, this drama highlights every aspect of what went down that night and how Jeremy kept people debating his guilt time and time again. For the latter, a name that was used in the series was that of Marcus McBride. So, here’s what we know about him.

Who Is Marcus McBride?

On September 7, 1985 – a month after the bodies of Nevill and June Bamber, along with their adopted daughter, Sheila Caffell, and her twin sons, Daniel and Nicholas Caffell, were found – Julie Mugford, Jeremy’s girlfriend, went to the police and stated that her boyfriend had hired a hitman to kill his family. She said that he had been speaking of getting rid of them for quite a while, so the day they were found dead, she asked him if he had a hand in it. He said no, but one of his friends did. He named a mercenary and a plumber that the family had hired in the past. Jeremy had apparently told him how to get in and out of the house undetected, and that one of his instructions were for him to phone his home so that he had an alibi.

Julie went on to claim that Jeremy revealed to her that he had paid this friend £2,000 in cash for his services. And so, with the help of this statement, both Jeremy and “Marcus McBride” were arrested and questioned by the police. Marcus, during his interrogation, said that he had no hand in these murders. He provided an alibi that was so strong that it proved, without a doubt, that he was nowhere near the farmhouse that night. Marcus added that Jeremy may have been trying to frame him on purpose because he had gotten involved with one of his ex-girlfriends a few years prior. It could have been revenge. Then, when everything that he said proved to be true, he was let go, and all the charges against him were dropped.

Is Marcus McBride a Real Person?

No, he is not. Marcus McBride is a fictional character who is based on a real person. The actual name of the alleged “hitman” that was arrested because of Julie’s statements is Matthew MacDonald. Back then, as we mentioned above, he denied his involvement in the murders and even went as far as to say that if he had been approached by Jeremy to do such a thing, he would have immediately informed the authorities. And, when it became evident that Matthew had been wrongly implicated in the case and that Jeremy was the sole perpetrator, he was asked to testify against him in court, which he did.

In October of 1986, during Jeremy’s murder trial, Matthew took to the stands to give a complete account of his side of the story, which helped convince the jury of Jeremy’s crimes and convict him on five counts of murder. Unsurprisingly, the £2,000 that Julie alleged Jeremy paid Matthew has never be traced. According to documents from the 2002 appeal case that Jeremy filed, “inquiries showed that MacDonald could not have been at the farm that night and he was called by the prosecution to give evidence, that was not disputed, to confirm that he had nothing to do with the shootings.” Unfortunately, no information about Matthew MacDonald’s current whereabouts is known.