Who is Mouse on ‘The Masked Singer’? Clues and Guesses 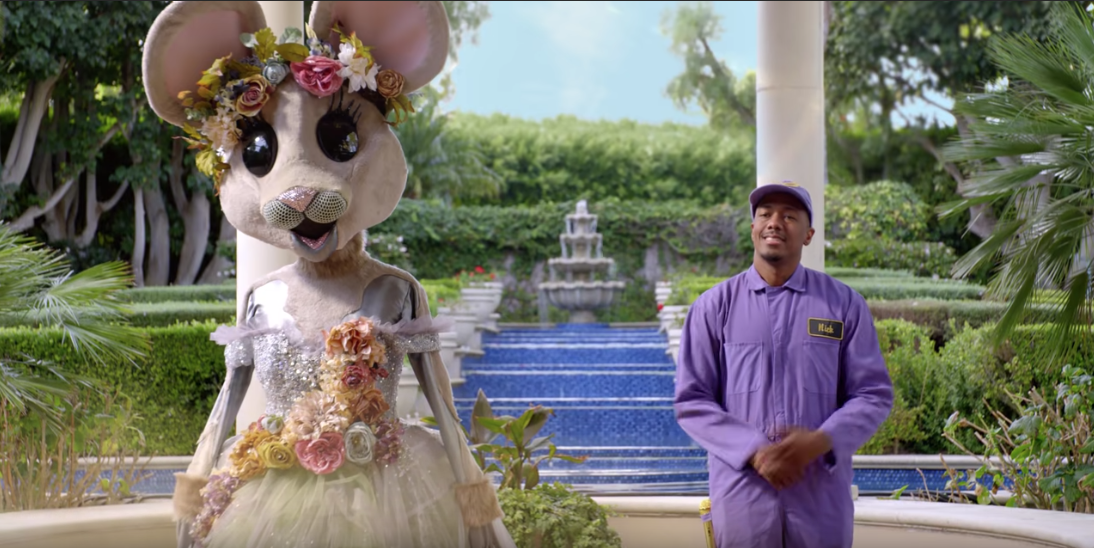 ‘The Masked Singer‘ Season 3 has kept us on our toes guessing the identities of celebrities. Now that we are headed to Group B, we cannot wait to see who gets unmasked. However, fans, netizens, and everyone else seems pretty sure about the identity of one performer, that is, Mouse.

From the time Mouse has been introduced, fans have nitpicked and examined the clues, to come to certain conclusions. Considering the diversity of the net, there have been some alternate guesses as well. We will quickly run you through the clues and guesses about Mouse, below.

Mouse has one of the most feminine outfits in Season 3 including flowers on the head, the dress, and long eyelashes. Considering this, many have already deduced that Mouse is a woman performer. Moreover, when we see Nick Cannon delivering the outfit to Mouse, we get a host of clues.

The person lives in Beverly Hills, has a chihuahua who wears a tutu, and the person’s outfit involves pink sweats and Ugg boots. Moreover, upon closer inspection, fans have noticed that Nick has to press 3340 on the buzzer, in order to enter the person’s abode. You can take a look at Mouse’s outfit below to see if any other clues are apparent to you.

It's going to be a mice day when #TheMaskedSinger premieres TOMORROW! 🐭

Going by all the clues, most fans have reached the obvious conclusion that Mouse is Paris Hilton. The chihuahua and the Ugg boots are immediately recognizable as Hilton’s signature style that she has carried from her time on ‘The Simple Life’. If we pay closer attention, Hilton is not just one of the most recognizable residents of Beverly Hills, but the number Nick presses- 3340, is actually the house number where Paris lives. You can check out a tweet by a fan, who seems to have reached a similar conclusion.

However, on the internet, there are always differing opinions, and some users on Reddit have come up with a theory that could just as well be true. They believe that the shoulders that Mouse has, are not feminine, and it is Jeffree Star behind the mask. This is not completely impossible because Star is known for his makeup line, which would explain Mouse’s eyelashes. Moreover, he has a career in singing and enjoys sparkly and pink things, which are all part of Mouse’s outfit. Check out the Reddit user’s reasoning here.

Considering that Paris doesn’t have much of a singing voice, coupled with the fact that ‘The Masked Singer’ has been known to mislead viewers with clues, Jeffree does not sound like a bad guess at all. Apart from that, some netizens have other guesses. One of these happens to be that Mouse might be Posh or Victoria Beckham, of the Spice Girls. If that is the case, Nicole should be guessing the identity right away! You can check out the tweet claiming the alternate guess, below.

If the Mouse is a singer from Spice Girls a girl group from England, I think it’s Victoria Beckham/Posh Spice.

However, it is much more likely that Mouse might turn out to be Ashley Tisdale, from the ‘High School Musical‘ films. After all, if it has to be anyone apart from Paris, then the scene does give off Sharpay Evans vibes. Another good guess is that the performer might be Reese Witherspoon. The current season of ‘The Masked Singer’ has proven that it can have some top celebrities on the show, and the clip we see is very reminiscent of Witherspoon’s role in ‘Legally Blonde‘. You can check out a fan’s tweet hoping it is Witherspoon.

Therefore, while there seem to be some good and well thought out guesses about the identity of Mouse, we will have to wait till the performer gets on stage and presents us with the clue package, to narrow in on who it might actually be.

Read More: Who is Elephant on ‘The Masked Singer’?