Who is Mushroom on The Masked Singer? 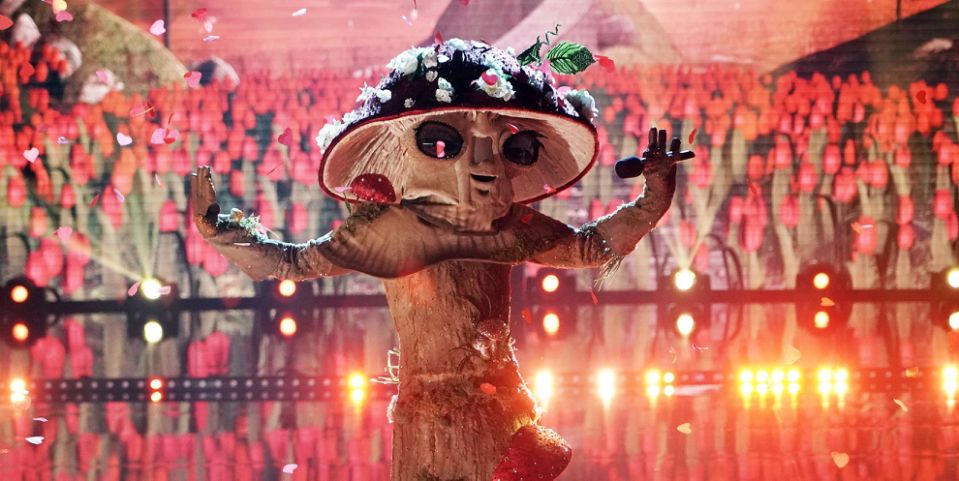 ‘The Masked Singer’ gives celebrities a platform to show everyone their vocal prowess from behind a costume. This veil of anonymity is what really sets it apart from other singing competitions out there. Moreover, it makes for one of the most enjoyable aspects of the series. If you’ve kept up, then you know exactly how strong the lineup is in season 4. The final group made its premiere on the stage in episode 5, and we’re incredibly excited about the possibilities of their identities. So, if you’re wondering who Mushroom could be, then we have got you covered.

Immediately as the clues video starts, there are mushroom motifs present everywhere. The character then says, “How does a mushroom grow up to be a healer and a scholar?” It turns out that Mushroom grew up “underground” and started off in the rat race. Eventually, however, the person behind the mask got the chance to turn their hobby into a career. Never giving up, they finally got to be in the “shroom where it happens,” and after this rocky journey, they only want to help others.

There are visual clues about a big city in the background, and mouse ears and cheese at the forefront. Gardening tools such as a watering can and a rake are visible. There is also a stage with a star in the background that emulates a reality competition series.

Initially, we thought that Billy Porter fits the bill. After all, given the numerous ‘Hamilton’ references, it was hard not to go there. Plus, there’s the fact that he won the talent show, ‘Star Search,’ which eventually culminated in him becoming a star on Broadway. Reportedly, he also worked at an amusement park before making it big. Given his numerous contributions to the LGBTQIA+ community (for which he has won several GLAAD Media Awards), he could be seen as a healer.

The part about him being a scholar? His educational qualifications include a B.F.A. in Drama from Carnegie Mellon University and a certificate for professional screenwriting from UCLA. As enticing as it is to believe that the phenomenal actor is Mushroom, we actually think there is a better-suited candidate out there – Jordan Fisher. Although today he is better known for his work on ‘Hamilton’ and ‘To All the Boys: P.S. I Still Love You,’ he actually worked with Disney on productions such as ‘Teen Beach Movie’ and ‘Liv and Maddie’ at the onset of his career.

is jordan fisher the mushroom on the masked singer like come on!

So the mouse ears and cheese could definitely be pointing to the entertainment conglomerate. Apart from this, Jordan Fisher also runs a YouTube channel dedicated to his passion – video games. As of today, Jordan Fisher Gaming has more than 11.8k subscribers. He also streams on Twitch. So the criteria about Mushroom turning his hobby into a career is also apparently checked off. Furthermore, the actor was adopted by his maternal grandparents when he was 11 because his mother was battling substance abuse.

It could be a part of the difficult journey that Mushroom speaks about. Did you know that Jordan Fisher was on season 25 of ‘Dancing With The Stars,’ and that he eventually went on to win that year? Plus, there’s the fact that a video on YouTube shows him singing the very song that Mushroom performed, ‘This Woman’s World,’ in a very similar falsetto. Though the evidence does seem to speak for itself, we will still have to wait for the unmasking to determine their real identity.

Read More: Who is Broccoli on The Masked Singer?