Who Is Nancy Raynott? Is She a Real Person? 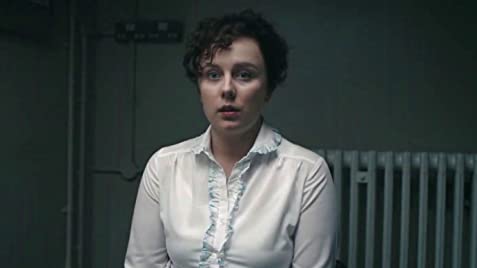 ‘The Murders at White House Farm’ is a gripping six-part crime-drama mini-series that revolves around the gruesome killings of five members of a family and the investigation that follows. In early August 1985, the Bamber-Caffell family was found shot to death inside their farm in Essex, leaving their adopted son, Jeremy Bamber, as the sole survivor. In the month that followed, suspicions about Jeremy’s involvement in the murders was raised. And when Julie Mugford gave her second statement, on September 7, 1985, implicating him, he was charged and arrested. Jeremy and Julie’s relationship, along with the presence of Nancy Raynott, plays a crucial part in the series. So, here’s what we know of the latter.

In the days and weeks following the murders, Julie and Jeremy’s relationship started getting strenuous. They got into a series of arguments, and it seemed as if Jeremy wanted to end things with her. She said that they had even got into fights about his involvement in his family’s killing and that she had called him a psychopath and tried to smother him with a pillow. Court records from a 2002 appeal case also show that four days before Julie gave her second statement, she met with Jeremy at his late sister’s flat in London. And while she was there, another woman (Nancy Raynott in the series) phoned him. Julie heard their conversation, and when it was clear that he had been seeing other women behind her back, she broke up with him.

Before that happened, though, the record state that “She became angry and threw an ornament box at a mirror and then slapped the appellant [Jeremy]. He became very angry and twisted her arm up behind her back. Four days later, she went to the police.” During the course of her second statement, following their fight, Julie admitted to her a brief background of dishonesty. She claimed that she had previously been cautioned for using a friend’s cheque book, and that, in early 1985, had helped Jeremy steal just under $1,000 from a family-owned caravan site. She revealed every detail of their conversations and how Jeremy had talked about killing his family for quite some time. Then, when the time came, Julie testified against him in court as well.

Is Nancy Raynott a Real Person?

No, she is not. Nancy Raynott is a fictional character that is based on one of Jeremy Bamber‘s ex-girlfriends. Unfortunately, though, as her name has never been mentioned in any court records, we have no way of knowing exactly who she really is or what role she played in Jeremy’s life. We just know that her presence caused a rift between a long-term couple, which eventually led to Julie going to the authorities and changing her stance on her boyfriend. Keeping all this in mind, of course, we sadly have no idea about where the real “Nancy Raynott” is now.

As we said, the significance of there being a “Nancy” is extremely important. Apart from the role she played in Julie changing her statement, she also became a topic of discussion during Jeremy Bamber’s murder trial in October 1986. His defense team argued that Julie made up Jeremy’s entire confession to her by portraying her to be a jilted-ex who wanted to prevent anyone else from having the man she was in love with. This argument is something that they have used in their several appeals in the years that have followed but to no avail.